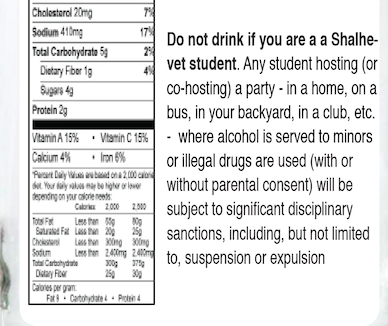 A three-year-old Shalhevet policy prohibiting students from hosting parties and providing alcohol and drugs has been criticized in recent weeks because of what students believe is increased enforcement.  Many students have also opposed the policy because they find themselves continuing to party, but in less safe places.

After in-school suspensions were issued for parties held over the chagim, Rabbi Segal reminded everyone that students may not host parties in a Nov. 3 email to parents.

“As included in our Handbook, any student hosting (or co-hosting) a party – in a home, on a bus, in your backyard, in a club, etc. –  where alcohol is served to minors or illegal drugs are used (with or without parental consent) will be subject to significant disciplinary sanctions, including, but not limited to, suspension or expulsion,” wrote Rabbi Segal.

Rabbi Segal and Reb Weissman also explained the policy in a Town Hall on that day while reminding everyone that there would be disciplinary actions for anyone who hosted a party during the Glouberman tournament, Nov. 10-13.

Senior Bennett Schneier disagrees with the policy because he does not think it stops students from attending parties.

“The school treats partying like it’s something that’s preventable, but I think the reality of the situation is that it’s inevitable,” said Bennett.  “I think kids are going to find a way to party and the way Shalhevet students party—in an including, but not limited to, suspension or expulsion,” wrote Rabbi Segal.

Rabbi Segal and Reb Weissman also explained the policy in a Town Hall on that day while reminding everyone that there would be disciplinary actions for anyone who hosted a party during the Glouberman tournament, Nov. 10-13.

Senior Bennett Schneier disagrees with the policy because he does not think it stops students from attending parties.

“The school treats partying like it’s something that’s preventable, but I think the reality of the situation is that it’s inevitable,” said Bennett.

“I think kids are going to find a way to party and the way Shalhevet students party” is better, said Bennett, because it’s “in an insular place, where for the most part where people care about each other without kids coming from Beverly, from Valley Torah – from all these places” where they’re not personally known.

But Principal Reb Noam Weissman said that whatever is happening in teen culture at large, Shalhevet needs to be different.

Reb Weissman disagreed with the notion that it was being enforced more strongly this year.

Senior Layla Galeck opposes the policy because she thinks it won’t work as hoped.

“For sure less parties are being hosted by Shalhevet students, but that doesn’t mean that drug and alcohol consumption by Shalhevet students is now going down,” said Layla. “If anything, it’s rising and it’s being done more discreetly in more sketchy settings, in places where it’s really not safe.”

An anonymous senior in the poll said the new enforcement policy was making matters worse.

“This year there are people who go to parties outside of the homes of Shalhevet students get  [drunk] every weekend to a point of throwing up every week,” said the senior.  “By enforcing this rule on students who would not otherwise go to these parties, they are pushing kids to do worse.”

Senior Alex Silberstein, who thinks the policy should not be strictly enforced, occasionally chooses not to go out because he knows there will be too much alcohol.

“That’s my fear sometimes, that I will be in certain settings and everybody else is going to be doing one thing that I’m not doing,” said Alex.  “As a high schooler, a teenager, that’s a very hard thing to do and I don’t like to put myself in those situations.

“It’s not impossible to go sober, but you kind of feel like you’re the odd one out,” he added. “You’re kind of sitting on the sideline and having conversations listening to people’s drunk problems.”

Although “parties” are explicitly prohibited, the Handbook and rule are unclear as to whether hosting a smaller, informal gathering of a few friends with alcohol and-or drugs is disallowed.

Reb Weissman was not vague, however.

“According to the policy it’s not wise to make that choice,” said Reb Weissman. “We’re not going to condone student drinking. We’re just not.”

The policy in the handbook emailed by Rabbi Segal only specifies anything that is a “party” and does not define it.

“I think there’s a blurry line between something recognized as a party or a pregame or a kickback or whatever it is,” said a senior who did not give his or her name. “A gathering that wouldn’t be informal is with a couple close friends, you’re in control of everything.  It’s nothing serious, nothing intended to be out there for everyone.”

Another question is whether being drunk, as opposed to permitting the presence of alcohol, is punishable.  Students who have been caught drunk but did not host parties over the last year have not been punished, as far as the Boiling Point has been able to determine.

But students who have been hosting parties at which alcohol was seen have received in-school suspensions or worse.

Reb Weissman did not dispute that difference.  While he did not condone any type of drinking, he said that every situation is different and the “consequence will look different based on a variety of things.”

“What we do is whenever we find out there are students who are drinking or who are smoking, we have our approach to education, which is the authoritative approach: ‘Come with me, lets’ have a conversation about the implications and the downsides and the real dangers of drinking, and smoking marijuana or doing drugs.’”

Still, hosting is a different, he said.

“If a student is facilitating that within the school, then they’re making sure other people can benefit from it, then that’s different from the simple act of smoking and drinking and we make that distinction,” said Reb Weissman. “So if we find out that a student is hosting, providing or distributing, we’re not going to bury our heads in the sand. We’re not going to do that.”

Students who disagree believe Shalhevet should not be able to rule on matters outside of the confines of the school.

“It isn’t the role of the school to enforce the law because they are not police,” said senior Jonah Kaye. “They don’t prosecute us for speeding in our cars. That’s not their job.

“I think the school has every prerogative to chastise us and tell us how detrimental and dangerous alcohol is and inform us of the halakhic and legal and health ramifications – they should. But ultimately, [consequences] should not be under their jurisdiction.”

In his email, Rabbi Segal called partying “one of [Shalhevet’s] only zero-tolerance issues” and asked parents to share some of the responsibility.

“Alcohol and drugs result in very poor decision making and put our kids at risk of serious injury,” wrote Rabbi Segal. “It has happened and, inevitably, will happen again. So stop allowing it to happen. Stop sending your kids to parties without checking to make sure a parent is home and vigilant.”

He also said “party culture” makes it difficult for students who do not want to drink.

“Many parents, myself included, do not want our children involved in a party-culture or at a place where alcohol is served to minors,” wrote Rabbi Segal. “Imagine how many teens feel when they are told they can’t be a part of socializing with their classmates because the environment isn’t safe.”

Junior Rosie Wolkind supports the policy for that reason.

“It’s the school’s job to protect the students and this is their way of doing that,” said Rosie. “Kids can disagree about how they’re doing it, but I think we have to understand that their intentions are good and they’re trying to protect their kids from drinking and hurting themselves in that way.”

Some believe the approach needs to be changed.

“The school cannot condone partying, I’m not saying they should do that,” said Bennett. “Maybe something of a blind eye, turn the other cheek I would say something of that sort.”

An anonymous 11th grader in the poll thinks Shalhevet has to accept the fact that students will drink and help them be safe.

“The ‘just say no to drinking and parties’ approach likens to when sex education was abstinence education, ‘just say no,’” that person wrote.  “Kids are still doing it, but they aren’t being safe about it, so it is even more risky. I think the school needs to have an alcohol education program that teaches kids how to drink responsibly, the short term and long term affects of drinking alcohol, the dangers of binge drinking, and how to spot an alcohol overdose.”

Last year Shalhevet brought in a speaker from Beit Teshuva to speak about that, but there had been no alcohol education as of Dec. 22.

However, two separate alcohol education assemblies have been planned for February, according to school counselor Rachel Hecht.

“There is definitely plans, for both school-wide programming and individual programming that will be taking place during Advisory,” said Ms. Hecht.

OPINION: A pledge, and a challenge, on binge drinking 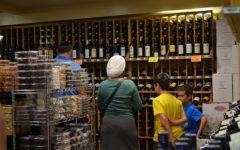 Kiddush clubs: Old tradition is scrutinized in a new way 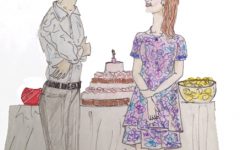 FIRST IN A SERIES: The Positives of Partying 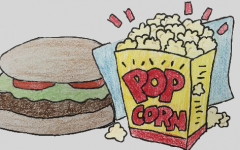 One Response to “Students react to enforcement of anti-party policy”