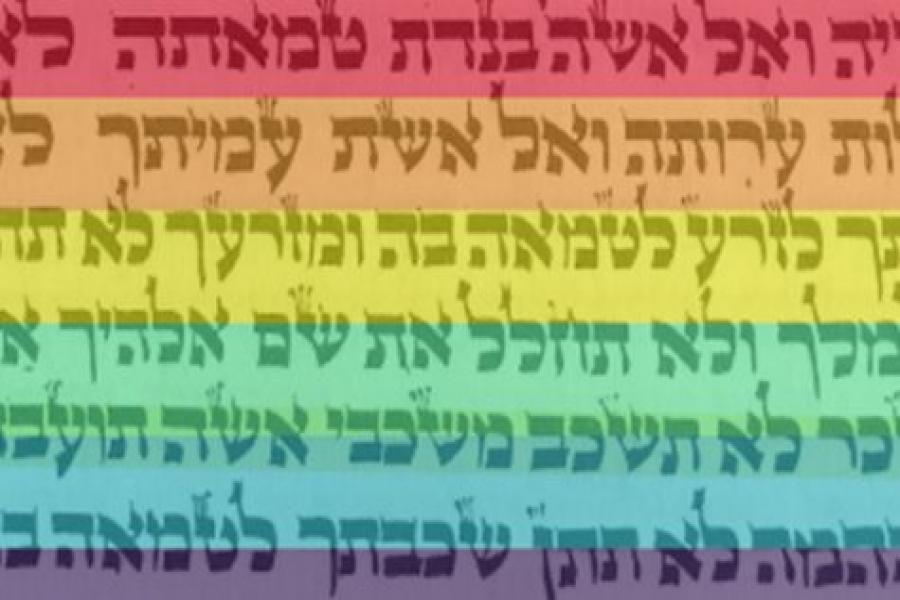 TEXT: The 18th verse of Vayikra (Leviticus), above, calls it an “abomination” to “iie with a man as one lies with a woman.” Rabbi Segal said that does not mean gay students should not be able to participate fully in religious life at school and beyond. (Photo illustration by Gabe Silverstein)

TEXT: The 18th verse of Vayikra (Leviticus), above, calls it an “abomination” to “iie with a man as one lies with a woman.” Rabbi Segal said that does not mean gay students should not be able to participate fully in religious life at school and beyond.

The biggest challenge to ’emunah’ of our time

In the wake of last summer’s horrific massacre at Pulse, a gay nightclub in Orlando, I wrote to the Shalhevet community about our responsibility to take active steps to create safer spaces for the LGBT community. Well, the moment has arrived. We can no longer sit on the sidelines. As individuals and as a community, we must tackle this issue head-on.

Haven’t We Come Far Enough? Between Tolerance and Acceptance

I have heard many people claim that we have already turned the tide on this issue insofar as the observant community demonstrates more tolerance and less explicit homophobia than ever before. While I agree, I fear that we may be slipping into a state of complacency on this issue. To put it plainly, “being nice” cannot serve as the end-goal. Basic kindness is but the starting point of human decency.

I certainly do not want to belittle the importance of our community’s increased sense of tolerance. But what’s next? Of course, halachic Jews will always be limited in the degree to which they accept homosexuality as normative. But we must find a place that goes beyond mere tolerance even as it may stop short of full-fledged acceptance. Our commitment to Torah and mitzvot not only allows, but requires, that effort.

The Greatest Challenge to Emunah in Our Time

This may surprise many adults, but the reconciliation of the Torah’s discussion of homosexuality represents the single most formidable religious challenge for our young people today. More young people are “coming out” than ever before, and that repeatedly puts a face to this theological challenge. These weighty issues do not live in the abstract; they powerfully and emotionally impact genuine individuals living in our Orthodox community, with real life families and friends. What may seem like an interesting sociological debate in truth is creating crushing pain, anxiety, and general turmoil for people about whom we care deeply.

As they go off to college, students invariably face the painful moral dilemma created by the seemingly intractable conflict: believing in the primacy and validity of the Torah on the one hand, and following their hearts’ sense of morality with regard to loving and accepting their gay friends – or perhaps “coming out” themselves—on the other. All too often, this earnest challenge results in our children quietly losing faith in the Torah as a moral way of life.

In my experience, many, if not most, 20 to 40-year olds in the modern Orthodox world struggle with the issue of homosexuality and the divinity of the Torah. They believe in a kind and just God and they want to believe in the divinity of the Torah. But at the same time they feel fairly certain that being gay is not a matter of choice. In the apparent conflict of these ideas, the first two premises seem to be losing ground. Students today do not find solace in the argument that the issue mirrors other questions of theodicy – children born with severe disabilities, tsunamis or other natural disasters, or the proliferation of cancer, for example. This generation by-and-large views this particular challenge to faith as irreconcilable.

Steering away from the issue might feel safe, but that avoidance is detrimental and dangerous. Rather than avoid, we must actively and thoughtfully engage. Even just taking those initial steps, I believe, will alleviate the burden of this theological struggle, and will help prevent those tempted to throw in the theological towel to circumvent the tension altogether. In other words, I believe that putting this issue front and center will, in the long run, bring our young people closer to Torah and halacha—not further away.

I imagine that many of you also struggle with the question of why God would seemingly create (or allow for a situation in which there exist) people who are gay but then forbid them from acting on it. But that is up to G-d and I think we should stop discussing the “why” of it and leave that to God. The more we try to understand this, the more harm we do. Simply stated, my shoulders are not broad enough to reconcile the totality of this issue.

I will leave the discussion of this massive theological question to the Gedolim of our generation. But I beg the YU Roshei Yeshiva and the Gedolim of our community to take up the discussion now. Please do not wait for other groups to address this issue and then lambast them. Our Gedolim rightly claim the mantle of Torah leadership for our community but they must assert themselves. They must fill the vacuum that exists right now. If not, the difficult and vital issue will be addressed by those to their right and left.

I also will leave the specifics about what side of the mechitza someone occupies and the structure of shul membership to the poskim and rabbis of shuls. But again, I beg our community leaders to address the matter in a timely and forthright manner. If the specific conflict has not yet arrived in your community (which I believe it certainly has), it will be there shortly.

Finally, I will leave discussion about nature and nurture to psychologists and sociologists. While I have read many articles on the topic, and feel strongly that there exists a genetic component to this issue, I know that others disagree and cite social and cultural factors as a cause or at least predictor. I think that this discussion only distracts from the more significant point: many, many gay, lesbian and transgender people today have no control over their sexual orientation.

Whatever your stance on “causation,” I believe we would have a hard time denying that many gay people do not choose to be gay. And to address another common refrain, while in the past most people have suffered silently while attempting to sublimate their inclinations…our teens generally view that approach as, at best an exercise in avoidance (and at worst a recipe for torment and self-hatred.) People today do not feel the need to sublimate those urges and desires to live meaningful and fulfilled lives. In fact, they see it as inhumane and offensive to suggest such self-denial or self-abnegation. But again, this is for the Gedolim and Poskim and mental health professionals to discuss.

The Children are Suffering – An Educator’s View

The Shalhevet High School student body, like every other Orthodox school, includes gay students, and we have worked hard to create a loving and supportive environment for them. Still, we must do more. Young people in the LGBT community have told me that they feel invisible when we counsel them in private; they feel somewhat loved, but only unofficially, “tolerated,” but not embraced. This state of limbo cannot persist. We will lose our children – emotionally, religiously, and even physically – if we continue, even with the best of intentions, to make them feel ostracized and invisible. If we persist in these mistakes, we will only water down the ideal that each and every one of us is created “b’tselem Elokim” (in God’s image).

So What Can We Do? Talking Some Tachlis

So what concrete steps might we take? Here are some initial thoughts:

Ultimately, we will not succeed in satisfying the full range of expectations of every LGBT advocate. Even as we move the ball forward, some will claim that we’ve still fallen short. We can push and tinker around the edges, but as an Orthodox community, we cannot simply change Orthodoxy. Our attempts in the margins will invariably paint us “not Orthodox enough” on the one hand and “not pro-gay enough” on the other.   As so often is the case, we find ourselves stuck in the middle. But we cannot allow that purgatory-like status to stop us from making the changes that we feel are appropriate.

Read the news. People are getting shot and killed because they are gay. As Jews, we have always stood up against hate. People – our children – are in pain. They feel invisible. They are crying themselves to sleep after someone uses the word “homo.” Many of them hurt themselves when someone calls them a slur on social media. Jews have always stood up to protect the weak. We know better than anyone what it is to be hated and persecuted for something that is essentially beyond one’s control. We have a moral imperative to stand up and do what we can on this issue.

To Those Who Want Change, A Challenge

For those who want faster pace for acceptance on this issue, here is another challenge. We dilute the efficacy of the argument when we choose to circumvent or dispose of the halachik process. When we do so, we diminish our credibility and enable naysayers to sidestep our arguments. When we fail to daven three times day or learn Torah regularly, when we aren’t makpid about kashrut, how can we expect to engage in this halachic discussion? To paraphrase the great Rabbi Riskin, the credibility of this message can only emanate from a halachikally committed messenger.

For those who disagree with me and believe we should tell our young people, however painful, to sublimate their homosexual feelings and live a life of celibacy, I ask you the following question: What would you say if your child came out to you? Would you tell him or her to sublimate those feelings? Would you suggest he or she live a celibate and lonely life?

As a first step, here is information about a meeting taking place on Sunday, Sept. 18. While I will be in Israel on that day, I urge those of you who wish to move this discussion forward to attend that meeting. 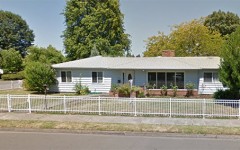 TRANSITION: Former student holds onto religion while changing from female to male

OUT OF THE SHADOWS: Ancient tradition meets modern sensibility 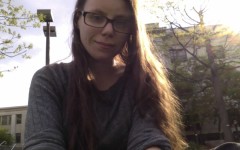 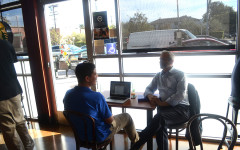 BP graphic above by Gabe Silverstein and Jordan Levine