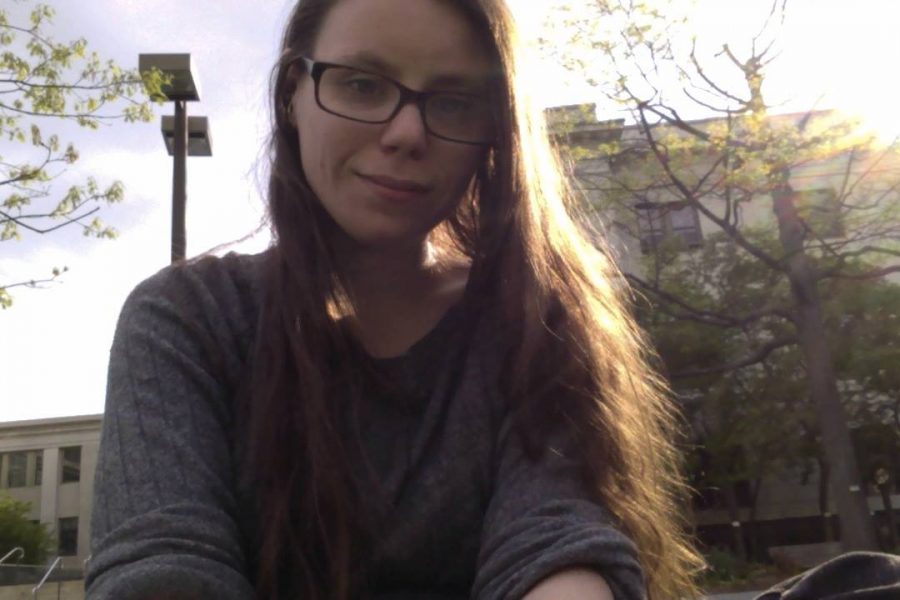 Many Jews at Shalhevet and around the world struggle with Judaism and connecting to God.  But for one Shalhevet alumna, the path has been even harder.

Shalhevet graduate Jenny Newman is a lesbian, though she refers to herself as “queer.”  A senior at American University who will attend Georgetown University Law School next fall, Jenny has worked hard to reconcile the tension between her faith and her sexual orientation.

“The problem is that Judaism doesn’t have a perspective on homosexuality,” said Jenny in an interview.  “I knew that it would be something that distanced me from my peers and my history and my culture, because the Jewish Modern Orthodox culture had struggled with accepting its homosexual congregants.”

As a high school student, Jenny recognized that she was not straight but was unsure of her sexual orientation.  Shalhevet’s sex education lectures never touched on it.

Active in Mock Trial, she also wrote and performed in plays, and played flute in the chamber orchestra. But her fellow students made comments that were hurtful.

“My classmates at Shalhevet thought spreading the rumor that I was a lesbian was one of the most insulting things they could come up with,” Jenny said.  “People were making snide comments about me taking a girl to prom, and how that would be something I would totally do — and God forbid a lesbian show up at prom.”

“I was incredibly terrified that I wouldn’t be able to find any level of acceptance from my peers, and from my former teachers, who have all at some point said some pretty, not offensive, but generally ignorant things about homosexuality.”

Only in college did she learn to embrace her sexuality. During her freshman year at A.U., she confided to her friends and family that she was gay.

“Everything suddenly became a lot less complicated,” Jenny said. “It became a lot easier to be who I was without worrying that people were gonna judge me for it or assume some things about me. It made existing feel like it was suddenly a lot less burdensome.”

Last year, she came out on Facebook — on National Coming Out Day, Oct. 11. To her surprise, Jenny’s Shalhevet classmates were more tolerant than she had feared.

“The last people I came out to were the close circle of friends I had in high school,” Jenny said.  “It was a lot less stressful than I thought it would be.”

Jenny is still religious, and considers herself Modern Orthodox. Even though  Jewish laws can be construed to prohibit homosexuality, Jenny maintains her own interpretation of the laws.

“I’ve heard laws about homosexuality interpreted in many different ways — the most sensical of which is that the edict against homosexuality serves more as a reminder that one can’t commit adultery even if it’s with someone who’s a member of the same sex.”

Jenny has also considered homosexuality within the context of other prohibitions in the Torah.

Her belief about the law stems from her conviction that God cannot hate her.

“If Hashem could truly hate any person that He is responsible for, simply on the merits of who they are, then I give up, and I can’t believe that of the universe, and so I don’t,” said Jenny.  “I can’t wrap my mind around the conceptualization that there is something broken about me fundamentally because of who I am and so I have decided that that can’t be a thing.”

And so she has stayed religious.

“I would still consider myself to be Modern Orthodox,” said Jenny.  “I am fairly openly Jewish, I keep kosher. I maintain a fairly regular schedule of praying on my own.”

Shalhevet, she said, was not too helpful in her struggle.

“Shalhevet never really talks about what it means to be gay, or even bisexual, or to be transsexual, and it’s as though that doesn’t even exist,” said Jenny. “It’s always going to be hard when most of the people around you treat your right to marry someone you love and build a family together as a matter of debate, as though you’re less of a person, less of a citizen, than they are.”

Rabbi Judah Mischel, a frequent guest teacher at Shalhevet who taught the boys’ sex ed. classes this year, recommended students struggling with questions of sexual identity speak to their parents, school counselor Rachel Hecht or a member of the Judaic Studies faculty.

Jenny thought school could do more.

“I would hope that Shalhevet teachers and administration continue to be sensitive to the issues that students address,” she said, “and to provide a welcoming community and family environment in which they can feel accepted being who they are regardless of who that is, and that it doesn’t pass judgment on them for that,” said Jenny.