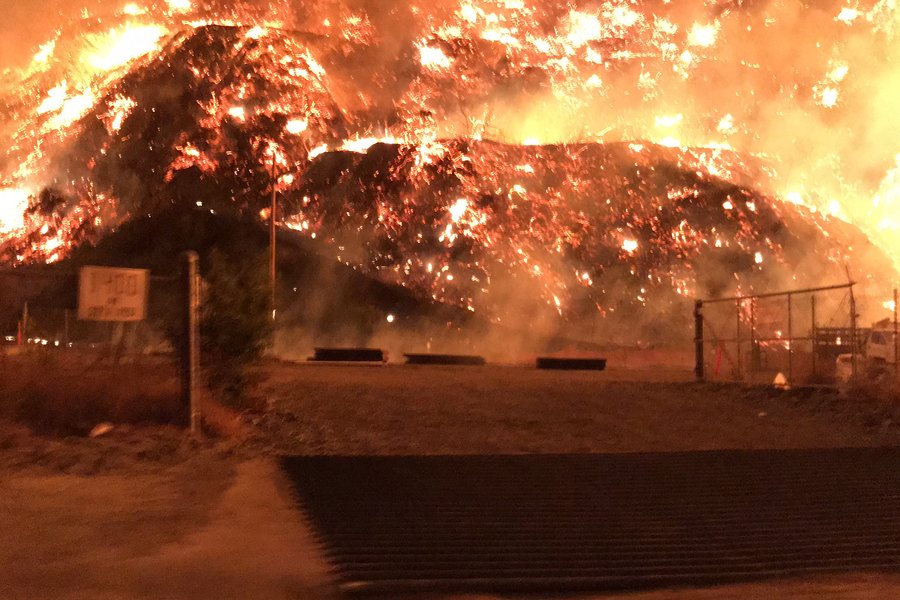 BLAZE: A lot next to Leo Baeck Temple was covered in flames Wednesday morning, Dec. 6. The lot was being prepared for construction, according to Milken junior Ben Chasen. (Rabbi Kenneth Chasen)

BLAZE: A lot next to Leo Baeck Temple was covered in flames Wednesday morning, Dec. 6. The lot was being prepared for construction, according to Milken junior Ben Chasen.

Above, a lot next to Leo Baeck Temple was covered in flames from the Skirball Fire Wednesday morning, Dec. 6. The lot was being prepared for construction, according to Milken junior Ben Chasen.  Photo by Rabbi Kenneth Chasen.

The National Weather Service has issued a high wind warning for Los Angeles County tonight through Friday, with the potential to spread existing fires and spark new ones that would be impossible to control.

Ari Rosenthal, a survivor of October’s devastating Santa Rosa fire in Northern California, had to evacuate fled from his home on five minutes notice in the middle of the night.  The home was destroyed, and he now attends Jewish Community High School of the Bay in San Francisco. 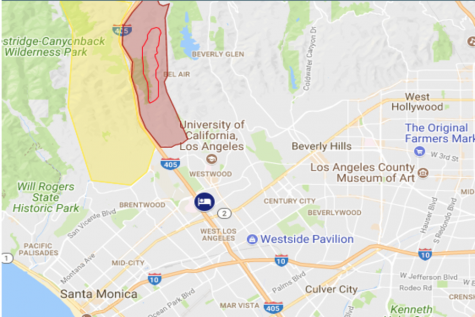 “There are definitely steps you can take before the fire happens,” Ari said in an interview with the Boiling Point last night. “The essence of what you should do is just be vigilant.”

Ari recommended preparing in advance by having photographs of things that are irreplaceable.

Ari also recommends checking fire alarms and smoke detectors, as well as having a “safety bag” ready with supplies in the event of a hasty evacuation.

Strong Santa Ana winds with gusts of up to 50 mph are expected tonight in western Los Angeles, “below passes and canyons between the Hollywood Hills and Malibu,” which includes Los Angeles neighborhoods such as Westwood, Beverly Hills and Santa Monica, where some Shalhevet students live. 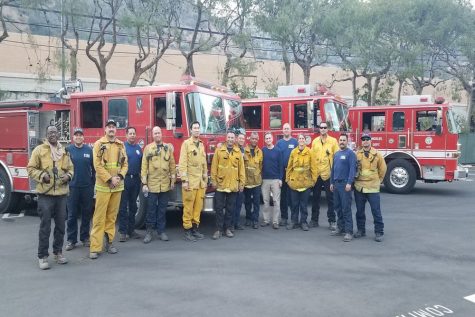 These violent winds have already stoked the Southern California fires that have driven over 27,000 to evacuate.

Wind gusts of up to 80 mph in areas are expected including Sherman Oaks, Van Nuys, Encino, and also eastern Ventura County, near where the much larger Thomas fire is raging.

Winds are expected to intensify tonight, and are likely to spread the flames even farther. Here are some of the guidelines the Los Angeles Fire Department has prepared to be safe in the event of a fire, in a strategy it calls “Ready, Set, Go!” 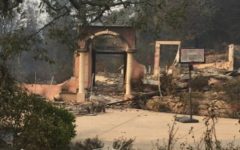 Q & A with Ari Rosenthal: Evening of homework became a night of fire 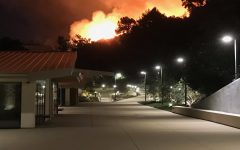