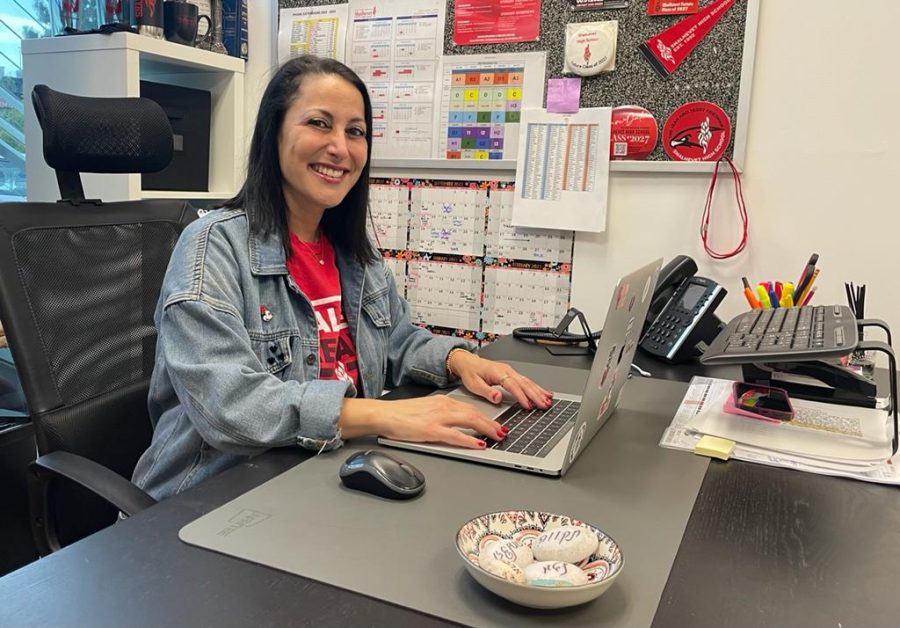 Mrs. Maya Cohen, who worked for five years in admissions at Hillel Hebrew Academy, brings Shalhevet’s first full-time Director of admissions since April 2020 and has plenty of new ideas to give incoming students and parents a fun and easy way to navigate applying to high school.

Mrs. Cohen, who worked in admissions at Hillel Hebrew Academy from 2013 to 2018, has a wide range of new ideas for this school year’s prospective student events, such as a traveling dinner party, where parents walk to various houses in the area for different courses of a meal. She is planning to run this event in the spring.

She also loves mother-daughter dance nights and father-son activities as admissions events. Paint nights and scavenger hunts are some of her favorites as well.

Mrs. Cohen has numerous goals for the admissions process, but her main one is to bring in a strong and determined ninth-grade class.

“I want to continue adding to this amazing school, and because I have a son going into next year’s ninth grade, I feel extremely dedicated as that is my first incoming class,” she said, referring to her son Shaya, who is in eighth grade at Hillel.

And she plans on learning to recognize every student in the building by the end of this year.

“I think it’s very important to call students by their first name,” Mrs. Cohen said, “and for them to be acknowledged when you see them in the hallway, or they walk in in the morning, and I think it really makes a difference in a student’s life.”

I think it’s very important to call students by their first name, and for them to be acknowledged when you see them in the hallway or they walk in in the morning, and I think it really makes a difference in a student’s life. ”

Born in Israel, Mrs. Cohen moved to the U.S. when she was one year old. Most recently, she worked for five years in the admissions department at Hillel from 2013 to 2018. Aviva and Atara Cohen, who are twins, ultimately inspired her move this year.

“Once I saw how happy my daughters were here, I knew I needed to be a part of this school somehow,” Mrs. Cohen said.

Mrs. Cohen’s first job was at Toras Emes for two years while she finished college. She received her Bachelor’s degree from Cal State Northridge and moved to New York City to receive her Master’s in child psychology. After 16 years in New York, she returned to Los Angeles.

After Toras Emes, she moved to the East Coast to Park East Day School. Following that, she worked one-on-one with students at various schools for eight years. Mrs. Cohen moved back to Los Angeles 10 years ago when she began her work at Hillel.

Although the admissions process can be intense for all involved, Mrs. Cohen is confident that she can turn it into an easygoing transition.

“I think what we are trying to do is do this in the most inclusive and friendly process, as there is competition, but to do it in a way that we are welcoming to all families,” Mrs. Cohen said. “And at the same time, keeping with our Modern Orthodoxy of staying true to who we are.”

Outside of the life of an admissions officer, Mrs. Cohen helps the Neonatal Intensive Care Unit, or NICU, at Children’s Hospital LA because of all the help they gave her when Aviva and Atara were born prematurely. Every year, instead of giving them presents, Aviva and Atara give their own presents to the NICU, based on whatever the hospital is in need of.

Mrs. Cohen also donates her hair every two to three years to a cancer organization. She’s on her seventh grow-out.

She’s also a dancer with a special interest in ballroom dancing, which she learned from her mother.

Mrs. Cohen wishes that Shalhevet was around when she applied to high school. She went to Fairfax High School.

“If I could go back to high school, this is where I’d go,” she said. 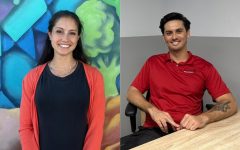 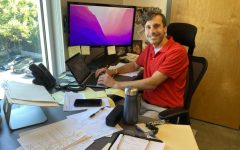 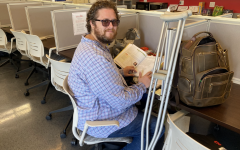 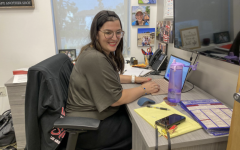