Ms. Cheryl Wolf, who built connections with students as the Development Director and Director of Institutional Advancement for the last five years, has not returned to Shalhevet for 2022-23.

Institutional advancement and development involve fundraising for the school.

She has been replaced by Ms. Sanaz Sazegar, who previously worked at Aish Los Angeles, the Los Angeles Chamber of Commerce and Unite LA, an education-related non-profit.

Ms. Wolf left to become the West Coast Development Director for Chai Lifeline, where she will be in charge of fundraising on the West Coast. Chai Lifeline is an organization that provides social, emotional, and financial assistance to Jewish children with life-threatening illnesses and their families.

“I really feel like I’m doing God’s work,” said Ms. Wolf, who was known to the students as Cheryl. “Chai Lifeline services chronically ill children and their families… so essentially, I’m raising money so that we can keep doing that.”

Along with working in development at Shalhevet, Ms. Wolf helped out with admissions over the last three years.

“A lot of times when you have somebody in development, they don’t necessarily have a connection to the students,” Ms. Wolf said in an interview Aug. 29. “I think it’s a position that kids don’t know about, so I think that changed when I started [in] admissions and advisory.”

Perhaps for that reason, it was a common sight to see groups of students hanging out in Ms. Wolf’s office, at the entrance to the first-floor Admin suite.

I was missing the love and the community that’s in a school, so that’s how I stumbled upon Shalhevet and here I am.”

“She’s been with my grade since freshman year, so since the beginning,” said senior Alexandra Hoffman in an interview last month. “She’s been by our side and been through all of our adventures together, so when we found out she was leaving it was a big shock.”

Ms. Wolf said it was hard for her to decide to leave.

“It was one of the toughest decisions I have ever made, and I’m not going to be a stranger.” Ms. Wolf said. “Everyone will see me at Glouberman and at lots of events, because I still consider Shalhevet to be my community.”

Ms. Wolf also started the Women’s Intergenerational lunch, which is attended by women and includes learning, a boutique, an honoree and a speaker. Last year, the honoree was Shalhevet’s Chief Operating Officer at Shalhevet, Ms. Sarah Emerson. This will be its fifth annual year.

Ms. Sazegar worked at Aish Los Angeles for nine years as program manager. She then earned a master’s degree in sociology with a specialty in education at Cal State Northridge, after which she worked as an educational research analyst for the Los Angeles Chamber of Commerce and then Unite LA, an educational non-profit.

“I am bringing in aspects of each of those,” Ms. Sazegar said in an interview Aug. 30. At Aish, she said, “I learned the ins and outs of fundraising and development…, and at the Chamber, I learned how to develop relationships with different stakeholders.”

Ms. Sazegar said she jumped at the opportunity to work at Shalhevet because she was longing for community.

“I was missing my roots,” said Ms. Sazegar, who was longing for the atmosphere of a Jewish school after having attended YULA, for high school. “I was missing the love and the community that’s in a school, so that’s how I stumbled upon Shalhevet and here I am.”

In her spare time, Ms. Sazegar enjoys watching TikToks, hiking and hanging out with friends and family.

“Feel free to drop in my office and say hi,” Ms. Sazegar said.”I’d love to meet each and every one of you.” 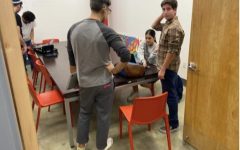 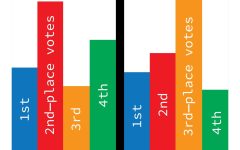 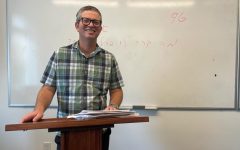 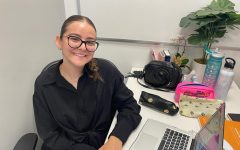