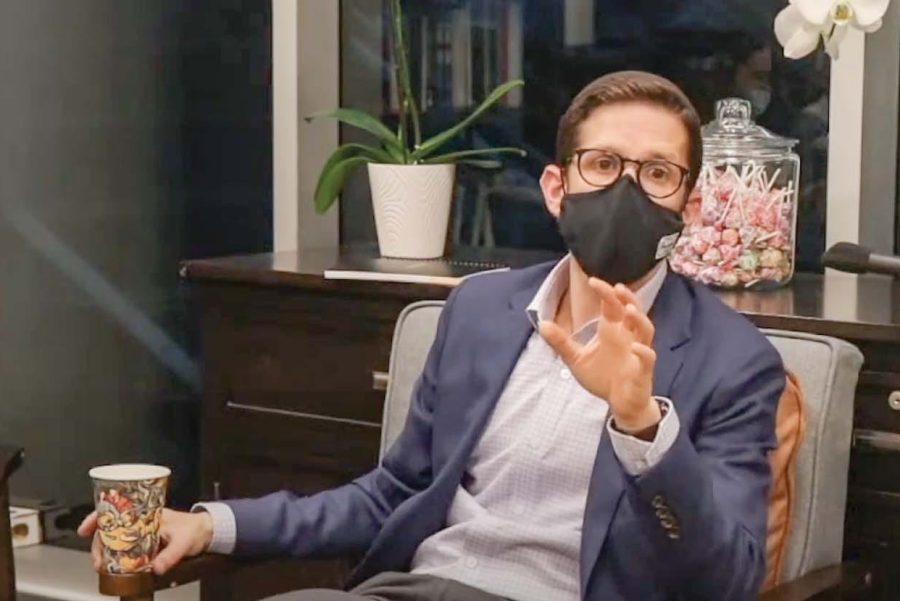 COURSES: Rabbi Block said he wanted departments to offer more specialty courses. ‘We have amazing departments in this school and I want to take those to the next level,’ he said.

In two-hour meeting with editors, new head of school offers a vision of excellence and rigor

“The world needs so much help – why should the people who are thought leaders and communal leaders, and those who are creating societal change, why should they not be Shalhevet students?”

With that question and more like it, new Head of School Rabbi David Block laid out his short-term plans and long-term vision for Shalhevet during a two-hour news conference with Boiling Point editors Oct. 12 that was broadcast on Facebook and can still be seen on Youtube.

“We’re providing such an amazing education, I want to make sure that we’re continuing to support that,” he said. “Great historians and great poets and mathematicians should be coming from Shalhevet…. The next Modern Orthodox rosh yeshiva, the next Gedolei Torah, the men and women who are going to be leading the Modern Orthodox community – why shouldn’t they come from Shalhevet?”

Rabbi Block hosted the meeting in his new office – formerly Rabbi Segal’s – where the furniture is the same, but the decor is changing. Rabbi Block’s central bookshelf displaying his collection of bobbleheads of former Israeli prime ministers., and a guitar hangs prominently on the wall.  Rabbi Block took over as head of school last April 5.

I want to make sure we are attracting students who want an education that is rigorous, that is thoughtful, and that is a little out of the box. ”

He said the school’s future would be determined by the needs of the community. But he also committed to improving its educational product in both General and Judaic Studies.  “Obviously we’re continuing to develop an amazing school,” Rabbi Block said, “and I want to make sure we are attracting students who want an education that is rigorous, that is thoughtful, and that is a little out of the box – that makes them want to say ‘Hey, you know my Judaism is really important to me. How do I make that a reality, how do I bring that into the world?’”

He said he wanted to be able to offer more courses and support academic rigor and comprehensiveness in any subject, including adding more courses – even though it’s a small school and runs a “lean operation.”

“We have amazing departments in this school and I want to take those to the next level,” Rabbi Block said. “I want to make sure our students are getting the opportunity to have all of the rigor in their classes. Which we have right now, but even to expand our offerings to make it that there are certain specialties, and that we are providing the courses and classes to students to make sure that the very next generation of everything is coming from Shalhevet.”

“We want to make sure that we’re filling those roles with the best possible people for our students,” Rabbi Block said. “So the first thing is to ensure that our product is really strong and we’re continuing to invest in those places that might have temporary holes.”

The next step after this according to Rabbi Block is to maintain student-teacher bonds.

“One of the things that makes Shalhevet so special is this wonderful connection between faculty and students, both in General Studies and Judaic studies,” he said, “and to make sure that we are continuing to build those teams so that everyone feels connected to different faculty members.”

He also has a plan for Covid – which is to get beyond it. He said he hoped to get to a place where “we feel confident enough that we’re taking care of Covid and that perhaps we’re able to kind of look beyond those pieces so we can focus on the real reason that all of your teachers went into education and the reason that you’re here.”

“I think, as crazy as this sounds, getting back to a stage in which we can think beyond Covid is a great goal…,” Rabbi Block said, “I want to make sure that we’re spending our time on the educational elements that matter.”

Rabbi Block has high ambitions for the future students of Shalhevet and wants Shalhevet to provide the tools needed to reach them.

In terms of long-term goals, he wants to transform the academic departments of Shalhevet to be as advanced as possible, so that students of Shalhevet can grow to be leaders of their generation.

On the religious side, Rabbi Block said what makes a generation’s religious leaders great is that they understand people, their communities and the Torah, and are thus able to determine what people need.

Ultimately, Shalhevet is, and aspirationally should be, the flagship Modern Orthodox school in the world … not only in the demographic that we serve, but by the ideology that we teach and embody.”

“And that means that we have to make sure that we are not only teaching at a high level,” he said, “but that we’re giving them all the skills to be able to learn at the most serious Batei Midrash. And also, to be the people who are thinking about what does our community need? That’s what these gedolim and poskim and leaders in our community do. They understand people and Torah and our community and are able to lead and guide. And those people should come from Shalhevet.

“And ultimately, that means Shalhevet is, and aspirationally should be, the flagship Modern Orthodox school in the world – and that does not mean Modern Orthodox not only in the demographic that we serve, but by the ideology that we teach and embody.”

With all this being said, Rabbi Block said he could not lay out all his future goals. since the Shalhevet community is constantly changing.

“I want to build a school that really speaks to the needs of our community right in that moment,” Rabbi Block said. “No matter what happens in five, six, seven years, no matter where our community is… I will always be asking: where do we need to be in order to take our students and our parents and help them go from here to where they want to be? That depends on where they are.

“I just want to point out that the answer to that question is only static if I assume that our community either remains the same,” he added, “or if I don’t care that our community doesn’t remain the same and I say, ‘You know what? our goal is always this.’

“But that’s not necessarily true. We constantly want to make sure that our students are doing what they need to do and we’re meeting them where they’re at.” 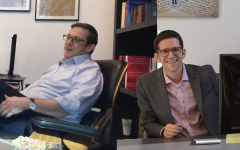 It’s official: Rabbi Block is Head of School as Rabbi Segal steps aside 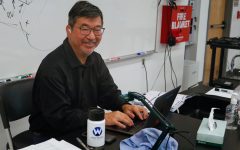 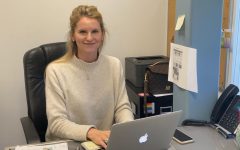