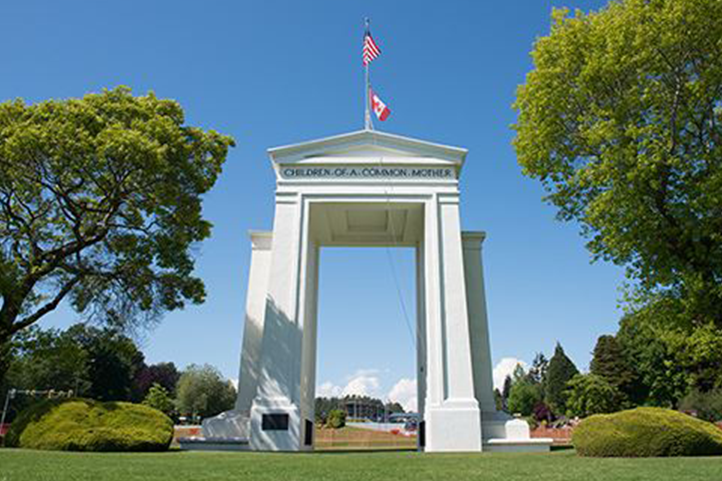 BORDER: The Peace Arch, located at the border crossing between the U.S. and Canada in northwest Washington state, was built as a monument to American-Canadian friendship. Earlier this month, American citizens of Iranian descent were detained there for as much as nine hours in a crackdown after the killing of Iranian General Qaxxam Soleimani.

Scores of Canadian and American citizens of Iranian descent were stopped at U.S. border in Blaine, Wash., after Soleimani killing.

Learning of new problems for Iranian-Americans at U.S. border crossings, Shalhevet students and faculty of Iranian descent were divided over whether they were being unfairly targeted or whether it was a good idea.

In the aftermath of a U.S. drone strike Jan. 3 that killed top Iranian General Qassem Soleimani, an informal survey — two Iranian-American students from each grade and two staff, 10 total — found that five believed the detainings were worth it and necessary for national security reasons. The other five had mixed feelings or were opposed.

The survey was conducted after reports surfaced that the U.S. Customs and Border Patrol was detaining travelers of Iranian descent at the Canadian border. On Jan. 5, 60 Iranians and Iranian-Americans were detained at the border between the U.S. and Canada at Blaine, Wash., according to the Council on American-Islamic Relations (CAIR) and various news outlets.

Shalhevet senior David Saeedian, whose father escaped from Iran with his brother in the 1980s, said that in the current circumstances, such border detainings were necessary.   David has an aunt and other family currently living in Iran.

He said stopping and checking people, even if it delays their travels, was much better than the risk of overlooking someone about to commit a crime.

“You’re stopping 100 people — okay, yeah maybe it takes time out of their day,” David said. “Okay, there’s a delay in their trip, whatever it is. But one — let’s say they let them go and one out of those 100 people is about to commit a crime for the sake of that country.” 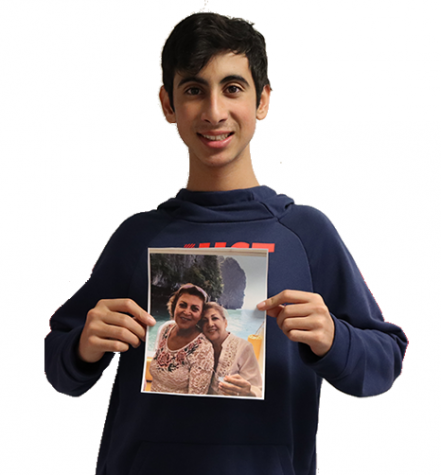 “It’s stereotypical and it is just generalizing,” Daniel said, “but it could stop a threat… I don’t believe that you could be too overcautious with this.”

Senior Celine Basiratmand said she understood the reasons behind it, but did not think the detentions would be effective.

“It’s very understandable if it’s for security purposes,” Celine said, “but at the same time, it’s still like ridiculous — families are being stopped from going on their trip.”

Math teacher Ms. Tamara Gidanian said she had seen this happen before, not only since the killing of Soleimani.

“Sometimes they see Iranian nationality in the passport, and all of a sudden they kind of think that they have to question — they think that all the Iranians could be a terrorist or something,” Ms. Gidanian said. “That’s what they have done before as well. 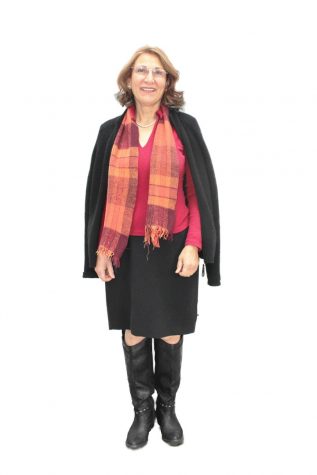 “There’s a certain line that’s going to be crossed — it could hit the point where it is unconstitutional,” Sarah said. “But at the same time, it’s better to always be cautious.”

She would feel uncomfortable if she herself were stopped.

“I would feel like a bad person, like I’m doing something wrong,” Sarah said. “There has to be a reason for getting stopped and it would make me feel not welcomed.”

According to a statement released by CAIR, “[a] source at CBP reported that the Department of Homeland Security (DHS) has issued a national order to CBP to ‘report’ and detain anyone with Iranian heritage entering the country who is deemed potentially suspicious or ‘adversarial,’ regardless of citizenship status.”

Customs and Border Patrol denied the charge on its Twitter page.

Many of the Iranians and Iranian-Americans stopped were traveling with family, and some were returning from a concert by an Iranian pop star in Vancouver, British Columbia. 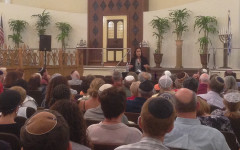 According to media reports, they were stopped and questioned about their backgrounds, including where they went to school, any Iranian military history, and whether they had relatives still in Iran. Some were held for up to 10 hours, according to a statement from CAIR.

After the delay, most of the travelers were allowed entry into the U.S. according to the New York Times.

Sam Sadr, an Iranian-born Canadian citizen traveling to Seattle, told Politico he was held for almost nine hours and finally allowed to cross into the U.S.

Like Ms. Gidanian, Dr. Jonathan Ravanshenas, Dean of Student Life, said that because of his Iranian descent,  he is often “randomly checked.” He thinks the Border Patrol is taking precautions that are necessary.

“There’s a degree of understanding,” said Dr. Ravanshenas, who is known by most students as Johnny. “I kind of laugh it off, you know — it is what it is.”

He described the recent detainings in Canada as a knee-jerk reaction by the border patrol out of fear of retaliation by Iran and concern for American lives.

“When something like this happens, that’s what they do,” Dr. Ravanshenas said. “They’re like, oh, stop anyone of Iranian descent — you know what I mean?”

Eleanor Moheban, who is in 11th grade, thinks having extra security should be applied to everyone at the border, not just Iranians.

“I think it makes sense just because of everything that’s going,” Eleanor said. “But there’s also so many other people in the world who do things that aren’t necessarily right and we don’t double-check all of those people too. So it’s annoying that it’s biased that all Iranians are like that just because of what’s going on right now.

“I don’t agree that only Iranians should be double-checked,” she added. “There should be this type of security upon everyone, not just the people that they think are going to do something.”

On Jan. 4, the DHS updated the National Terrorism Advisory System bulletin, which stated that while there is no current credible threat to the U.S. from Iran, Iran has the capability to attack through various means including terrorism and cyberattacks.

The CBP instituted a policy in 2013 prohibiting “racial profiling” in cases aside from when a compelling governmental interest is present or when race or ethnicity-based information is specific to crime-related instances. National security, according to CBP policy, is a “compelling interest,” but the “use of race and ethnicity to serve compelling interest must still be narrowly tailored.”

“I feel like most American-Iranians who are citizens here, I don’t think they’re loyal to Iran because the reason they escaped was because they didn’t believe in their own government system and they thought it was unfair,” said Nooria.

so I don’t think it’s fair to assume that they’d be more loyal to Iran than the US,” Nooria said. “But I understand that it’s a precaution that needs to be taken.”

Customs and Border Patrol denied that the agency was profiling. 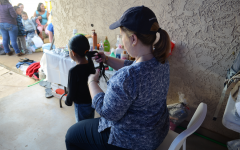 “Social media posts that C.B.P. is detaining Iranian-Americans and refusing their entry into the U.S. because of their country of origin are false,” the agency’s posted on its official Twitter account.

But Washington Gov. Jay Inslee didn’t accept that, and said it was wrong for anyone to be detained due to their ethnicity or national origin.

“@CBP’s denial of these reports are simply not credible,” Gov. Inslee wrote on Twitter Jan. 6. “This is wrong and rife with constitutional and moral problems. No one should be treated differently due to where they come from, how they look or what language they speak.”

Celine Basimastrad described how she thought that might feel.

“What if that happened to me because I’m Persian, you know?” said Celine.

“I would be so upset and hurt, that like someone would think that just because I’m Persian, that I’m gonna go and do something.” 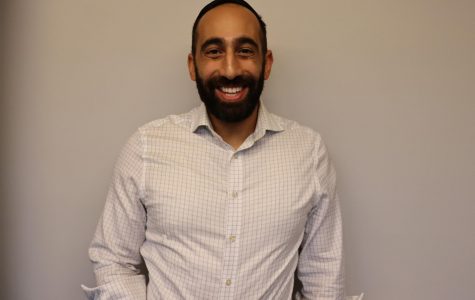 “There’s a degree of understanding. I kind of laugh it off, you know -- it is what it is.  When something like this happens, that’s what they do — they’re like, oh, stop anyone of Iranian descent — you know what I mean? “For the fear of life, I understand it. It's worth it right?  God forbid something should happen, we’ll be like, why didn’t we do it?” ... 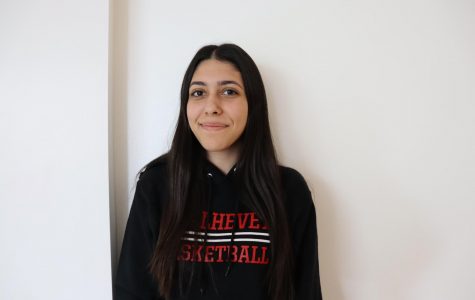 “It’s ridiculous…that they’re stopping them. What if that happened to me because I’m Persian, you know? “I would be so upset and hurt, that like someone would like think that just because I’m Persian that I’m gonna go and do something.  It’s very understandable, like if it’s for security purposes, but at the same time it’s still, like, ridiculous — families are being st... 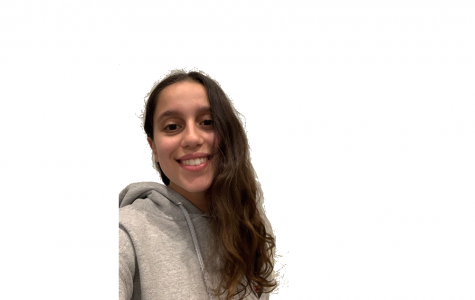 “I feel like most American-Iranians who are citizens here, I don’t think they’re loyal to Iran because the reason they escaped was because they didn't believe in their own government system and they thought it was unfair. So I don’t think it’s fair to assume that they’d be more loyal to Iran than the US. But I understand that it’s a precaution that needs to be taken. “My parents c... 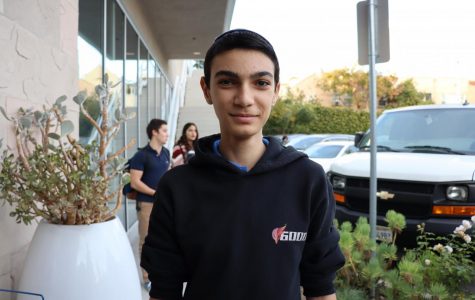 “You don’t know who’s who. Some Iranian could be actually trying to kill Americans, you don’t know that. I mean white people could also kill Americans, but right now, because of the situation, cautious of the Iranians coming in revenge. “The guy who stopped me definitely doesn’t know anything about me except that I’m Iranian, and that’s all the info he knows and I could be seen ... 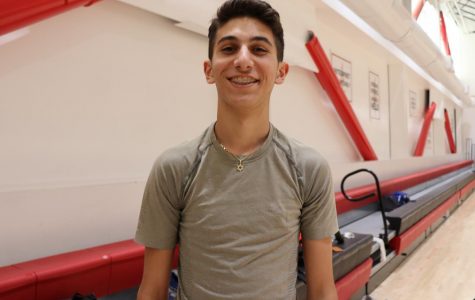 Josh’s parents are American citizens, as well as his Iranian grandmother, who he says may have a difficult time traveling back to America due to what is happening between America and Iran.  “If you have an American citizenship, you have the right to come to America. They should be questioned, but they shouldn’t be stopped.” “America is a place where people can come and seek refuge, and now, like half the... 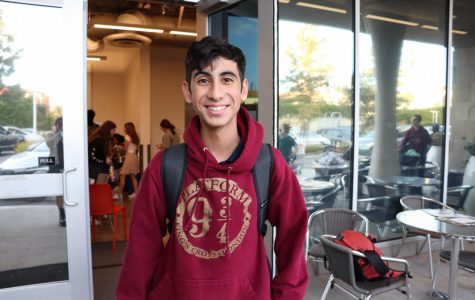 “I think that them being cautious is definitely justified and it’s just an inconvenience for a couple of hours but it could technically stop another threat or something like that, and I don’t believe that you could be too overcautious with this.” If stopped: “I would realize why and I would probably be frustrated, but not too frustrated because it’s just being cautious.” “It can... 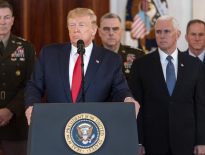 Columns THE SPIN: Open letter to the process we all know a…