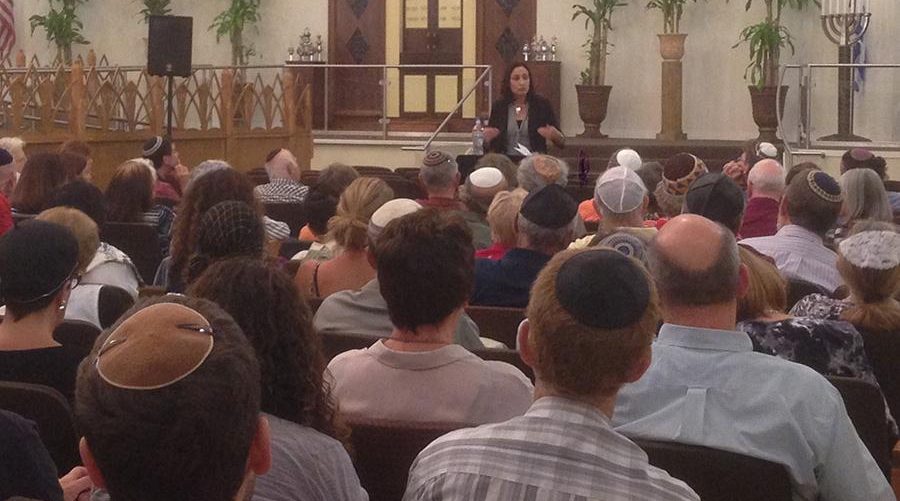 By Elon Glouberman, Outside News Editor

Handshakes in Vienna, cheers in Tehran, disappointment in Israel, ambivalence in the U.S. — diverse emotions and reactions burst into view after the announcement of one of the more historic diplomatic deals in U.S history July 14.

By mid-September, implementation of the deal was assured. Democrats in a Republican-led Senate shot down a resolution disapproving the deal, securing its passage through Congress. This occurred on Sept. 17, six days after the House of Representatives’ vote of disapproval had passed, but was thus rendered insignificant.

To prevent the deal’s going through, a two-thirds majority vote opposing it would have been needed from both houses. In the Senate, opponents needed 60 votes to bring a disapproval measure to the floor, but mustered only 45.

Meanwhile, closer to home debates had stirred in the summertime heat as members of the Modern Orthodox community engaged in endless discussion about the repercussions of the Iran deal.

“In between those two views, there are people like me,” said Rabbi Yosef Kanefsky of B’nai David-Judea at a four-synagogue community forum Aug. 15. “People who change their minds multiple times each day, depending what analysis I’m reading, what commentary I’m reading. I literally change my mind multiple times over the course of the day.”

After meeting for months in Vienna, Austria, the United States and a group of six nations reached an agreement with Iran, called the ‘Joint Comprehensive Plan of Action.” The agreement tightly restricts Tehran’s nuclear development for 15 years in return for lifting international oil and economic sanctions.

While some members of the local community may have been ambivalent, many more held passionate opinions on one side of the debate or the other.

Many in opposition took their cues from mass e-mails and other announcements sent by the Jewish Federation of Greater Los Angeles, AIPAC, Stand With Us, and people they personally knew – including Head of School Rabbi Ari Segal and student activists like senior Jake Benyowitz.

Though agreeing with AIPAC and other anti-deal groups, Rabbi Ari Segal tried to lower the temperature of the debate.

“I know the vast majority of our school community believes strongly in the position and strategy that AIPAC and other national organizations are taking,” he wrote July 21. “I know that there may be others who feel that it is too knee-jerk of a reaction. While I personally agree with the former, I acknowledge that people can disagree on this issue.”

While most students asked by the Boiling Point said they didn’t have an opinion, those who did held their views strongly – and most opposed the deal. Among them were seniors Jake Benyowitz, chairman of Firehawks for Israel, and senior Samantha Bernstein.

Jake wrote an e-mail to the Shalhevet community, which was sent out by Rabbi Segal with his.

“I admire the efforts by America’s negotiating team but the deal announced this week falls short of its intentions to make the US and our friends safer,” Jake wrote. “This deal is not good for the US, Israel and really the entire world.”

In an interview later, Jake said that he learned about the deal while attending AIPAC’s Saban Leadership Seminar in Washington D.C.,

“When I first heard there was a deal I was like ‘awesome, they finally reached a deal,’” said Jake. “But when I actually saw the deal I was not happy. We’re giving Iran $150 billion, giving them that money to support terrorism and Hamas, we can’t go to the nuclear facilities that we don’t know about, and the deal is only for 15 years.”

Samantha attended an anti-deal rally July 26 outside the Federal Building in Westwood.

“It was a smaller turn out than I expected, very few young people and few people from our Shalhevet community,” Samantha said later. “It was low key and not as well attended as other rallies I’ve been to.

“I learned that the younger generation is uninvolved and uninformed on what is going on currently with Iran.”

According to the website Observer/News, more than 1,000 people where there, including Christians and Muslims.

“People were very vocal against the deal,” Samantha told the Boiling Point.  “They felt that the deal was very dangerous not only for Israel but for the United States. There was a big support from non-Jewish communities, which helps because a lot of people from the Jewish community didn’t show up.”

One student who favored the deal was senior Henry Wineburgh. Henry thought the strong opposition in the Los Angeles Jewish community was intimidating who might have supported the deal.

“I don’t think my pro-deal stance somehow makes me foolish, stupid or anti-Israel,” Henry said in an interview. “It’s an opinion that I’ve carved out for myself through individual thought, not via blind support of Obama, like some would make you think.”

Henry said the American diplomats negotiating in Vienna obviously opted for the best deal possible and that at the very least, the deal keeps a nuclear bomb out of Iranian hands for a long time.

“There’s absolutely nothing worse than letting Iran get nuclear capabilities, and even the most hardline opposers of the deal would probably agree that they’re currently very close to getting one,” Henry said.

“Of course it’s not ideal to lift sanctions and subsidize a proven terrorist-supporter, but simply opposing the deal because we should have a better deal is ridiculous.”

Still he was reluctant to discuss his views with the Boiling Point.

“It’s actually kind of intimidating to provide a pro-deal quote, since the vast majority of people in this community seem to be vehemently opposed to it,” Henry said.

“There is a very real possibility that I may be wrong. It may turn out badly. But after a lot of thought, I’ve decided that I think it is bodes better than no deal.”

Rabbi Segal said the most important thing to do was to get involved – on either side.

“The only thing we can’t do is nothing,” Rabbi Segal wrote in his e-mail. “Everyone should be doing SOMETHING to support Israel at this time. If you believe this deal is best for Israel then find other ways of supporting our brothers and sisters in Israel as they fear for the future of the country.”

This story won a 2016 National Award and the annual Sweepstakes Award in Political Writing from the Quill and Scroll International Honorary Journalism Society.