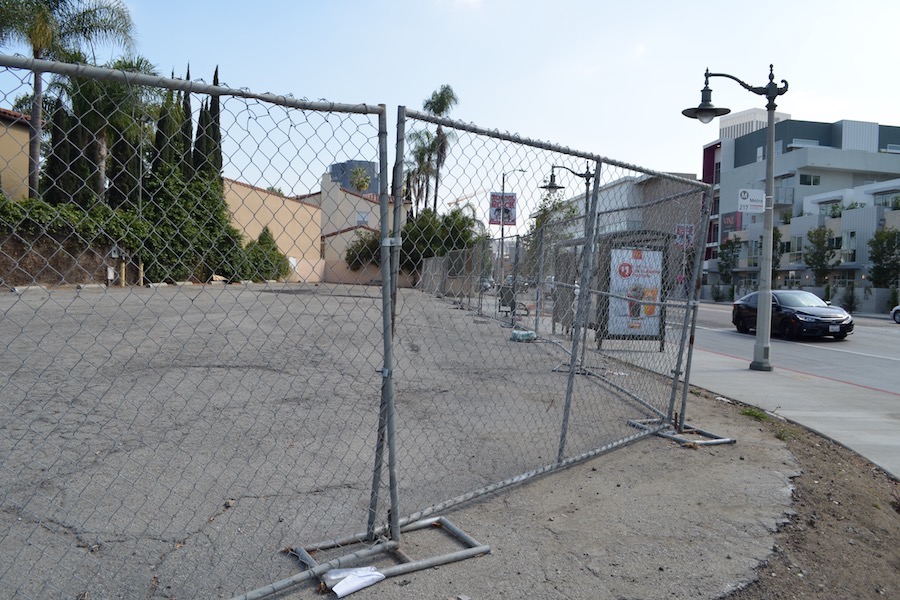 PARKING: A parking lot on the corner of Fairfax and San Vicente once belonged to Shalhevet but was lent to Alliance Residential in 2016 and will be returned next year for student use. (Neima Fax)

PARKING: A parking lot on the corner of Fairfax and San Vicente once belonged to Shalhevet but was lent to Alliance Residential in 2016 and will be returned next year for student use.

After four years of time-consuming and often expensive student improvisation to find parking spots — including paying upwards of $20 daily to park at the Petersen Museum, or risking a ticket at the meters on San Vicente — Shalhevet’s old student lot will reopen for school use next fall.

Seniors will get priority for the limited number of spots, after administration approved the results of a non-binding survey taken at Town Hall on May 17.

Head of School Rabbi Ari Segal said he had decided to follow results of the vote, in which a plurality of students favored “senior priority” as a means of dividing up spots.  Other choices had been priority for carpools, distance from school, and some kind of combination of those.

“I would defer to the vote,” Rabbi Segal said. “I just always ask that the seniors and the Just Community consider students who are coming from far, far away. I think it’ll depend on how many spots we can get out of there.”

The lot was closed to students in 2015, when Alliance Residential began using it to house trailers connected to construction of the Vinz apartment complex.  Now that the Vinz has opened, the lot is empty.

“We have to repave it,” Rabbi Segal said, “so once we repave it and put the new fence up we’ll be able to see how many spots we can get and then we’ll know how many people wanna drive, carpool.”

He also said the school had approached Tom Bergin’s restaurant — Shalhevet’s neighbor to the north, which now operates only on Fridays — to see if it would be willing to rent its parking lot to Shalhevet during school hours.

The restaurant has not responded, he said, in spite of numerous attempts to reach them.

“They’ve been completely unreceptive to it,” Rabbi Segal said. “You’d think they would say sure, because we literally need the parking lot when they’re not there, and we’re happy to pay a normal amount for it.”

Still, there is hope for student parking next year.

With about 20 spots somewhat up for grabs, the Agenda Committee devoted Town Hall to the topic while seniors were in Israel.  Incoming Agenda Chair Talia Gill said that the lot, located at the northwest corner of Fairfax and San Vicente, would be given to students — but would only allow for approximately 20 cars, not nearly enough for the entire driving population.

At the end of Town Hall, Agenda posted an anonymous survey so the community could give feedback as to how the system should work. It was not meant to be binding, the committee said at the time.

The survey asked first whether students should have to pay for parking, and then how the spots should be given: a first-come, first-served or random basis; priority to residents of the Valley; priority to seniors; priority for carpools; or various combinations of these.

The results were calculated automatically, and Talia posted them later that evening.

Eighty-two percent voted that students should not have to pay.

Out of 163 votes in the survey, senior priority won a plurality with 41 percent;  “Must meet certain criteria” was second with 18 percent.

“First semester just seniors, second semester seniors and juniors” came in third with 16 percent; while a combination of Valley and senior priority came in fourth with 9 percent.

Valley priority received 6 percent;  and carpool priority and no priority tied for last place with 5 percent each.

Preceding the results, Town Hall had consisted of constant hands flying in the air and passionate speeches made in attempt to persuade the community of various views as to who deserved the parking priority.

Freshman Noa Silberstein, who lives in the Valley, said that giving priority to anyone but valley residents would be unfair.

“I have a lot of experience coming here with traffic and then not being able to find parking and it’s just really frustrating,” Noa said. “I know a lot of people at our school live in Beverlywood, and they don’t carpool, and I have a full carpool coming all the way from the valley and I don’t get a parking spot. I just don’t think that’s fair.”

But junior Tara Chriki said that parking privileges should belong to seniors.

“It just makes sense that seniors get priority — I mean we are seniors and we should be rewarded somehow,” Tara said. “Valley people, yes it’s annoying and it’s a long trek, but you’ll get it when you’re seniors. You just have to suck it up in 9th, 10th, and 11th grade and wake up earlier.”

According to a Boiling Point Schoology survey posted on June 4, 26 percent, or 27 of the 110 students who responded will be driving themselves to school next year, including five with a commute over 20 minutes. Ten percent will be driving a carpool.

Forty-two percent will be driven to school by adults and therefore will not need to find parking.

As reported by the Boiling Point in 2016, Shalhevet lent the lot to Alliance Residential as part of a deal in funding the construction of the new building.

School Executive Director Ms. Sarah Emerson said that the logistics would be determined early this summer.

Since the new building opened in fall 2015, students have found two-hour meter parking on San Vicente Boulevard, which results in students frequently running out of classes to move their cars, or risking expensive parking tickets.

On Mondays, however, there is street cleaning on San Vicente, and they must find alternatives.

Some park at the the Petersen Automotive Museum, located at Fairfax and Wilshire. The museum charges $20 dollars for parking to those who enter between 6 and 8 a.m., when most students arrive at school. Costs are lowered to $15 after 8 a.m.

While there were audible gasps at the mention of a $2,000 parking price, junior Maya Miro said that this was actually comparable to the amount that Shalhevet students had been paying at the Petersen and at meters every year.

“Everyone was like, whoa, because that’s a ton of money, but I just want to put this in perspective, that we also pay a ton of money for parking,” Maya said.

“Everyone is paying 15 or 20 dollars for parking every Monday. That’s a lot of money. Logistically, as seniors, we’ve been spending a lot more money than sophomores who have been driving for not over a year, so it makes sense for seniors to get the spots in terms of how much money we spend.”

Receptionist Daniella Silva disagreed, and said that the privilege should be need-based.

“Organize it based on who needs it the most,” Daniella said. “You should prioritize people from the farthest places, like the Valley, like Bel Air, and then afterwards prioritize people who do carpool, because that’s fair, because they’re the ones that need to travel here the most and often have the most difficulties.”

Junior Donna Grunfeld said she voted for the hybrid of senior and Valley priority, but thinks guaranteeing Valley residents a spot is crucial.

“My carpool has to leave at 6:30 every morning — most people aren’t even awake yet,” Donna said in an e-mail interview later. “I am the only Valley person in our grade driving to school so I am the minority. The sophomores have at least three Valley carpools all of which are going to be driving soon and probably taking carpools. It really helps us when we are guaranteed a parking spot for free.”

While she understands why senior priority won, she wishes that she had had free parking as a junior commuter.

“I think senior priority should have won by far,” Donna said. “We’re the ones who drive the most and by this time, most of us can legally drive others so it’s more convenient for us.

“But there’s not that many spots that would be taken by valley people but it would help us a lot.” 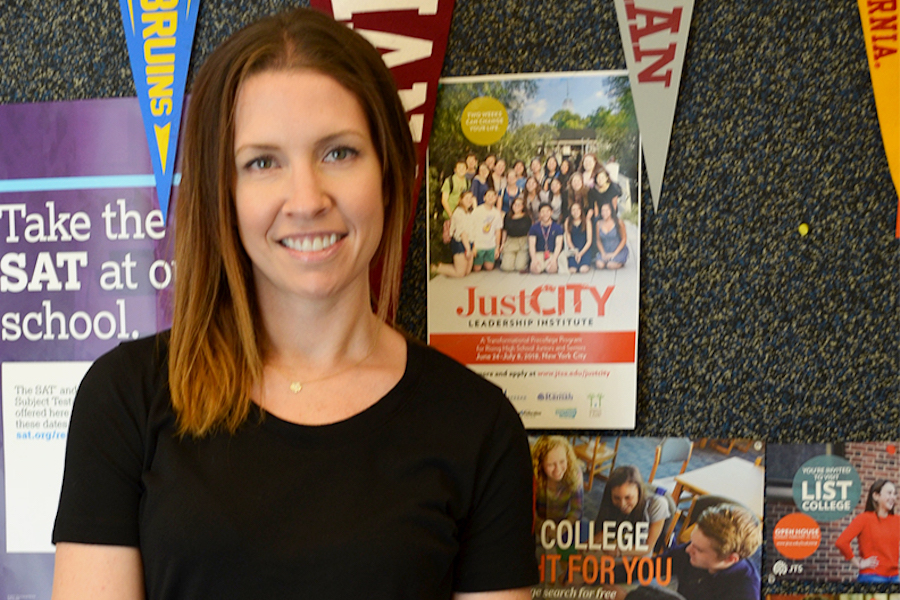 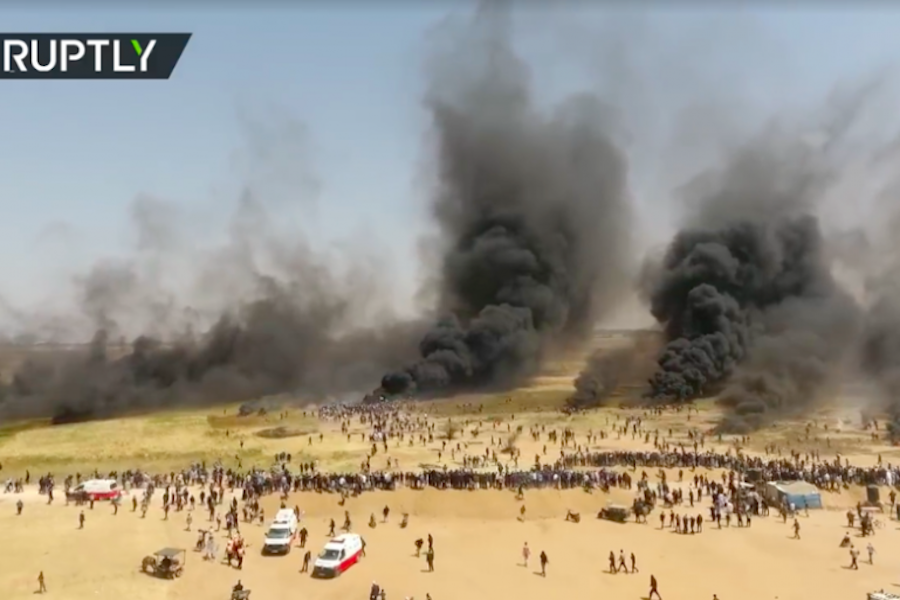