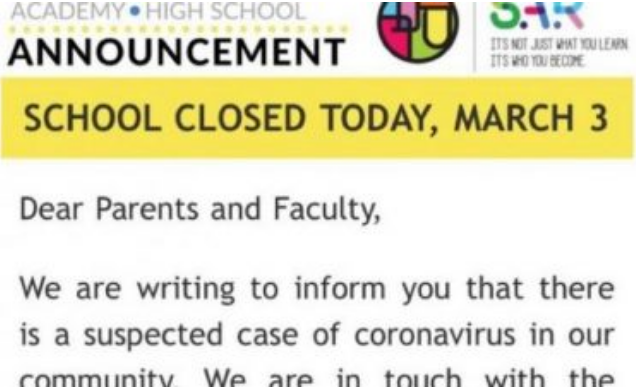 PRECAUTION: An email sent out by the SAR administration March 3 announced a temporary closure of school after a parent was diagnosed with coronavirus. (SAR Academy)

PRECAUTION: An email sent out by the SAR administration March 3 announced a temporary closure of school after a parent was diagnosed with coronavirus.

Classes being held via Zoom as father of SAR, YU students is hospitalized in serious condition

Three Jewish day schools located in the New York area, Salanter Akiba Riverdale (SAR) Academy High School, Westchester Torah Academy, and Westchester Day School, announced yesterday that they would be closed temporarily, after the state’s third  case of coronavirus was confirmed in the father of a student who attends SAR High School and her brother, a male undergraduate at Yeshiva University.

“School will be closed today, March 3, for precautionary measures,” said an email sent out by the SAR administration this morning at 7 a.m., New York time.

In addition, Temple Young Israel in New Rochelle — a town about seven miles away from Riverdale — has cancelled religious services for now, because ther SAR father attended a bat mitzvah there two weeks ago.

The homepage of the shul website says in red letters, “YINR is closed through Sunday, March 8.”

Anyone present at that shul during the past two Saturdays has been advised to self-quarantine — that is, to stay home and not mix with others.

Leila Haller, an SAR senior, said that those self-quarantined would most likely be at home until March 8, two weeks after the bat mitzvah — the same date the synagogue plans to reopen.

According to the New York Times and other media reports, the father who has coronavirus lives in New Rochelle, is in his 50s, and works an attorney in Manhattan. He had not traveled to China, Italy, South Korea or Seattle and how he contracted the illness is not known.

He has the second reported case of the coronavirus — known officially as COVID-19 — in New York. An anonymous source quoted in the New York Times said that he was originally diagnosed with pneumonia after testing negative for the flu, and is now in serious condition.

A statement published on the Yeshiva University website states that he man’s son is currently in quarantine with the rest of the family and has not been on campus in the past five days.  It said the campus is being disinfected, but so far not closed.

“We have learned that one of the children of the Westchester attorney identified as New York’s second case of COVID-19 is an undergraduate male student at Yeshiva University,” the statement says.   “The student has not been on campus since Thursday, Feb. 27 and is in quarantine with his family.”

It also gave the parent’s Hebrew name — Eliezer Yitzchok ben Shifra — and urged the YU community to pray for his full recovery.

In addition, a student at YU’s Cardozo Law School is being self-quarantined because he had contact with the patient’s law firm, the YU announcement said. That student also has no symptoms.

“We are following the protocols that have been outlined for us and are working on contingency plans for students, staff and faculty…,” the statement says. “In the meantime, we urge you to continue to follow the guidelines on hand-washing and sanitary practices that prevent the spread of viruses.  If you feel you have any symptoms, contact your RA or call the health center during the day.”

It said his family is currently being tested by the New York City Department of Health and Mental Hygiene (DOHMH), the YU statement said.

Leila Haller, the SAR senior, said she woke up at 7 a.m. Tuesday to text messages from her classmates saying  they were not going to have school today, due to a newly found coronavirus case in the community.

Shortly after, students and parents received an email from the principal of the school.

The email urged the students and parents of SAR to “remain calm and please continue following the preventative measures listed below. We will be in touch with you as new information develops.”

The email stated that the administration is unsure of when the school will be open again, but for now, they will be taking it day by day. Students were told they would not have school today or tomorrow.

But the school hopes to be open again by Thursday since it is a parent, not a student, who has the virus.  Also, according to Leila, New York has different rules for public versus private schools, and since SAR is private it is free to make certain decisions on its own. 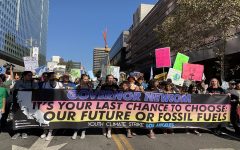 In the meantime, Leila said, students will be taking classes via Zoom, a website used for conferences and professional video chats.

Today, Leila and her mom went grocery shopping to stock up on food, just in case the situation worsens and the family is told — or decides — to stay at home.

The scariest factor, she said, is that there are many unknown facts surrounding the situation.

“Nobody really knows what’s going on and that’s the scariest part,” said Leila. “We don’t know how long our lives will be impacted by this or if it’s serious. Everyone’s assuming the worst at the moment.”

“People that are known to be connected to the SAR community are now being asked to quarantine themselves from their work environments,” Leila said.

“As confirmed by [SAR’s] Head of School, the closure is an extra safety precaution taken in response to a suspected case of the virus in their particular community and not because of a larger national concern,” the joint email states. “As such, our schools will continue to operate at the present time. Likewise, all LAUSD schools remain open.” 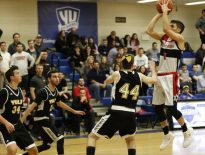 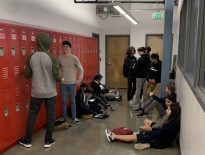