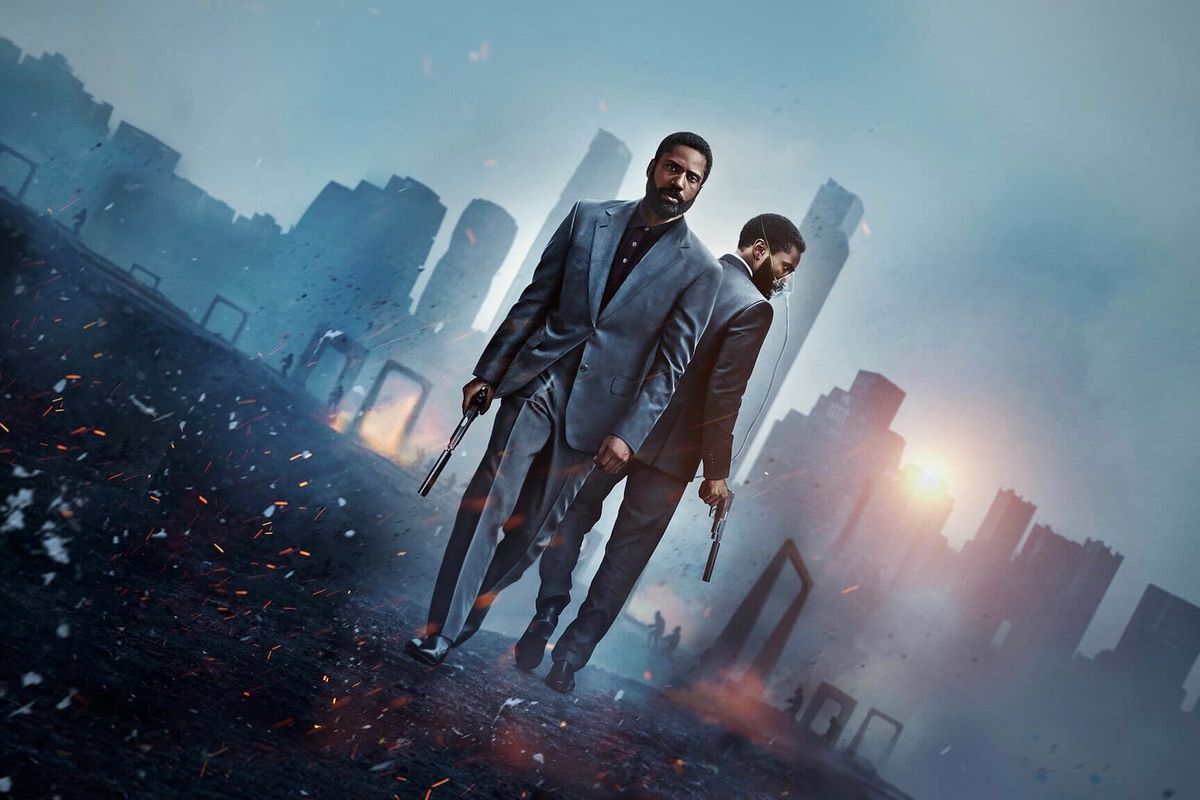 Despite faults, ‘Tenet’ is a time-bending thriller that will leave you thinking

With heists and highway chases, Oscar-winning Tenet succeeds an action-packed, time-bending thriller even if it failed to save the movie industry

Writer-director Christopher Nolan’s long-awaited Tenet was supposed to save the film industry. Prior to Covid, movie theatre attendance was already falling with increased availability of streaming services at home; Covid exacerbated the issue as movie theatres were mostly closed. Still, throughout 2020’s quarantine, Tenet was widely advertised and filmgoers eagerly awaited its release. It was hoped that its release date of late August would combine with a decline of infection rates to draw people back to the theatres.

It didn’t.  Tenet’s release during Covid, along with a complicated storyline and bad sound mixing, combined to hinder its success. Only time will tell if Tenet’s financial loss of $50 million was due purely to the pandemic or if it signals the end of movie theatre cinema beyond the pandemic’s end.

From its opening minutes, Tenet throws the viewer into an action-packed covert operation playing out in a cinematically beautiful opera house. Intense music blares as the viewer follows The Protagonist through a mysterious operation in Ukraine. And yes, the main character’s name really is The Protagonist.

The movie then unfolds to reveal that there are inverted objects which were sent from the future and could be the catalyst for a future World War III. The Protagonist, a secret agent played by John David Washington, must go on an intense mission traveling through time to prevent the destruction of the earth in a time travel, James Bond-esque thriller.

Dam, I saw Tenet was I mad? Read that sentence once more. Notice anything?  The first sentence of this paragraph, just like the name of the film Tenet, reads the same way forwards as it does backward, making it a palindrome. (Well, mine is almost a palindrome, considering that “damn” is spelled incorrectly in order for it to work – but you try making a palindrome, not so easy.)

This is no coincidence. The word “tenet” and its palindromic nature both allude to Tenet’s world of time travel, where events happen both forwards and backwards. In fact, the word “tenet” comes from an ancient two-dimensional palindrome found in Pompeii called the Sator Square. No matter which way you read the letters on the square, the words “tenet,” “opera,” “sator,” “arepo,” or “rotas” arise. All of these words show up in the film at one time or another.

Nolan’s Tenet takes a sci-fi principle of traveling backwards in time, introduces it to viewers, and then exponentially expands it before the viewers can wrap their minds around it. This concept facilitates many spectacular-looking scenes, even as it leaves many audience members confused.

The word “tenet” and its palindromic nature both allude to Tenet’s world of time travel, where events happen both forwards and backwards at the same time — at least on screen.”

The viewer follows The Protagonist as he unravels the mysterious nature of time manipulation and how it could cause and prevent mass destruction. It is way more complicated than that, as are many of Nolan’s highly praised past movies, among them Memento, Interstellar, and Inception, all of which reflect Nolan’s obsession with time. Memento is told going backward in chronology.

Tenet, however, takes his obsession to the next level. Bullets reverse back into the chambers of guns, cars zoom backwards on crowded highways, and people travel backwards in time as the world travels forward around them.

This reversing of time is very confusing to watch. Especially during your first viewing, it is difficult to fully grasp it mentally at all, let alone to apply it to what you are seeing on the screen. It is even more onerous considering that the viewer grapples with this idea while watching it all unfold. This requires many Tenet fans to watch it multiple times.

In addition to the complicated physics and storyline, music that was too loud relative to the dialogue made Tenet hard to understand. Ludwig Goransson wrote Tenet’s soundtrack. He had previously written scores for movies including Black Panther, and Creed, and produced some Childish Gambino songs, including “Redbone.”  Succeeding the legendary Hanz Zimmer, who wrote music for Nolan’s Inception, The Dark Knight trilogy, and Interstellar, Goransson wrote a tumultuous soundtrack for Tenet. His booming music and intense synthesizers perfectly match the intensity of the film. Parts of the soundtrack was even played backwards in order to emphasize the core theme of inversion through time in Tenet.

The music, however, was set too loud especially in loud subtitle-less movie theatres in which Tenet is meant to attract people to. This exacerbates the already confusing storyline, leaving many audience members bewildered.

Visually, Tenet is groundbreaking, and it’s not surprising that it won the Oscar for Best Visual Effects and Production Design. The concept of moving through time backwards as the world continues moving forwards around you is an interesting thought, but as executed on film it is truly spectacular. Nolan filmed such scenes both forwards and backwards in order to receive the effect he wanted. This required actor John David Washington to record fights forward and backwards, throwing reverse punches and kicks — a revolutionary and arduous task.

Unlike typical movies which offer me an escape from life soon forgotten once the film ends, Tenet intruded into my life.”

Additionally, the movie had a whopping $200 million budget. This allowed Nolan to film in nine different countries. The Tenet crew also tried to use as little computer generated imagery as possible, resulting in them actually crashing a real 747 airplane into a hangar, and also closing down four miles of a busy highway in Estonia for two weeks.  [Here is a video explaining how they shot certain scenes.]

But the combination of poor sound mixing, what some perceived as an overly complicated storyline, and Covid has meant that at least in the short run, Tenet has not saved Hollywood. It received fine reviews, but nothing compared to previous Nolan movies or what people were hoping for. It did not attract the audience or box office success that the studio expected. Reports say it lost $50 million, but many believe the number to be upwards of $100 million.

It would be a tall order for any film to save the movie industry, especially during Covid.  It is possible that in such a hectic year, many people would have preferred a movie a bit more simple and easy to digest. Just as plausibly, Covid itself could be responsible. Additionally, Warner Brothers, the studio that made Tenet, decided to release all of its new 2021 films on its streaming service HBO max in addition to theatres. All of this could ominously hint at a movie theatre-less future.

Although it has many flaws, Tenet is a work of art. It is complex and like a piece of literature — only appreciated completely when analyzed multiple times. This makes Tenet very rewarding to those who spend time trying to understand it, but inaccessible to those who wish to watch purely for entertainment.

This is partially why I loved it. Unlike typical movies which offer me an escape from life soon forgotten once the film ends,  Tenet intruded into my life. Since watching Tenet, I have spent hours rewatching it, meditating on the complex plot and physics, and even writing a review about it.

Tenet surely is not as digestible as most movies and this may be why it failed the movie industry. But for those who spend the time to understand it, and to appreciate the intricate story it tells, it is truly rewarding as well as entertaining. Tenet is an experience, and it does not end once the credits roll. 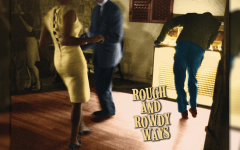 In 'Rough and Rowdy Ways,' Bob Dylan looks back to see the present 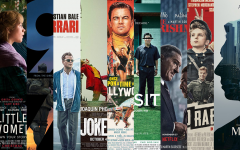 The Nine: Short reviews of the 2020 Best Picture nominees 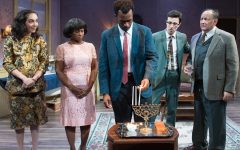 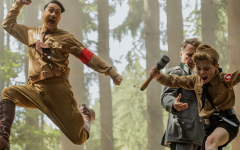 Jojo Rabbit: Sparks of love in a world of hate