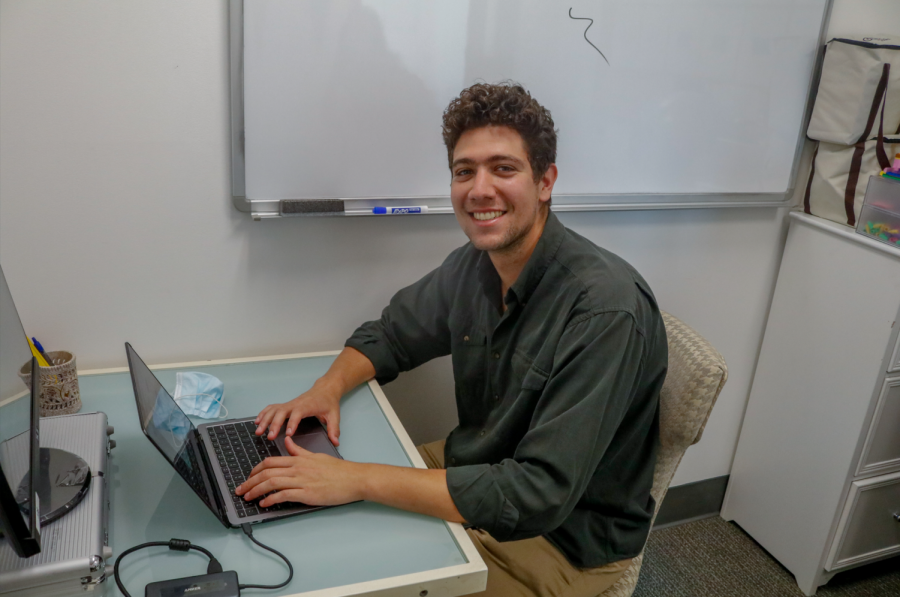 Mr. Rothman founded the Hashkama Minyan when he was in 10th grade.

It’s back to the future for new Judaic assistant

Noah Rothman graduated from Shalhevet in the class of 2016, and has spent the last five years living in Israel. This year, he’s back at Shalhevet — this time as part of our education support team.

He’s also a Teacher’s Assistant for a 9th- and 11th-grade Gemara classes, taught by Rabbi Stein and Rabbi Tsaidi respectively.

“It’s weird to be on the other side,” Mr. Rothman says. “In many ways I still feel a little bit like my high school self while I’m here and seeing everyone. I very much relate to where they’re at, but then it’s also interesting to see the other side of Shalhevet and how committed faculty members are here.”

As a student, he was very involved in Shalhevet’s co-curriculars, including Boiling Point, Model Congress and the Agenda Committee.

In his sophomore year, he started the Hashkama minyan, an early-morning alternative service at Shalhevet that was entirely student-run. It kept going until this fall.

In addition to teaching, Mr. Rothman is enrolled in Santa Monica City College and is hoping to transfer to a four-year university somewhere in the state.

Now that he’s back at Shalhevet, Mr. Rothman specifically specializes in Judaic Studies Ed Support, but also is helping with some General Studies.

“I think Ed Support can be stigmatized,” he says. “I never used Ed Support when I was in high school, but now being on this side of it, I realized, it’s really there. If you need help, someone to talk to, or just like an area to chill, definitely utilize that support and utilize those people.”