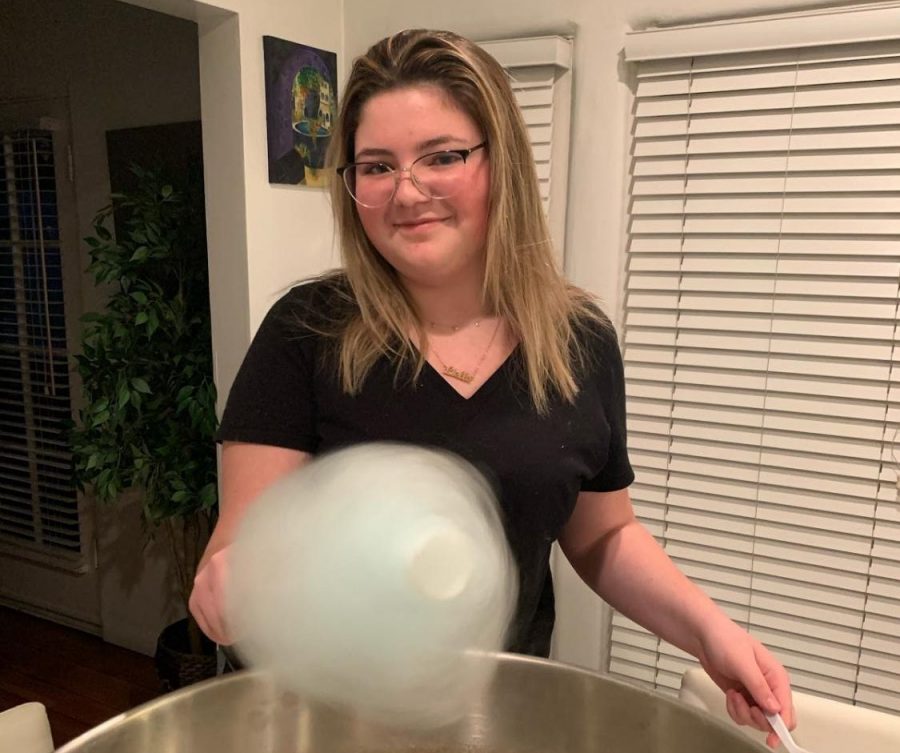 In her home, Liv Kessous fulfilled a cotton candy order for her business, Bon-Bon Cotton Candy, on Dec. 7.

“I’ve always wanted to make cotton candy; like when I go to like the carnival as a kid or anything. It’s just kind of been like something I want to do. I was just scrolling on TikTok, like a normal person does, and I found this girl who created her own business– she was actually kind of popular on just selling cotton candy. I was like really into it. So the first time I made cotton candy was I think about 2 months ago. I was just bored in quarantine, I was like ‘You know what? Let’s just make some cotton candy.’

I got inspired by that and called Sam, who is my co-business owner, and we came up all the logos and everything in like one night. We made it [the cotton candy] and I was not as happy with it as I wanted it to be because it was really small. So then once I kind of came up with the idea, um I got an actual machine and the machine is like super cool and I’m obsessed with it.

We make our bases from scratch, which is food coloring, sugar, and flavoring. Those bases are the sugars that you pour into the machine that eventually will meltdown and then fluff up into like this fluffy mixture. So you take a cone, which is like a cone shaped stick, I guess, and you just swirl it over the top. I definitely learned  different ways to spin the cotton candy because it’s kind of tricky and also to take it off the cone to package it.

So, it’s kind of just like, the more you go along it’s easier to kinda see which ways work. It kind of just takes some of the stress away. I kind of forget about everything while I make it. It’s kind of soothing.”