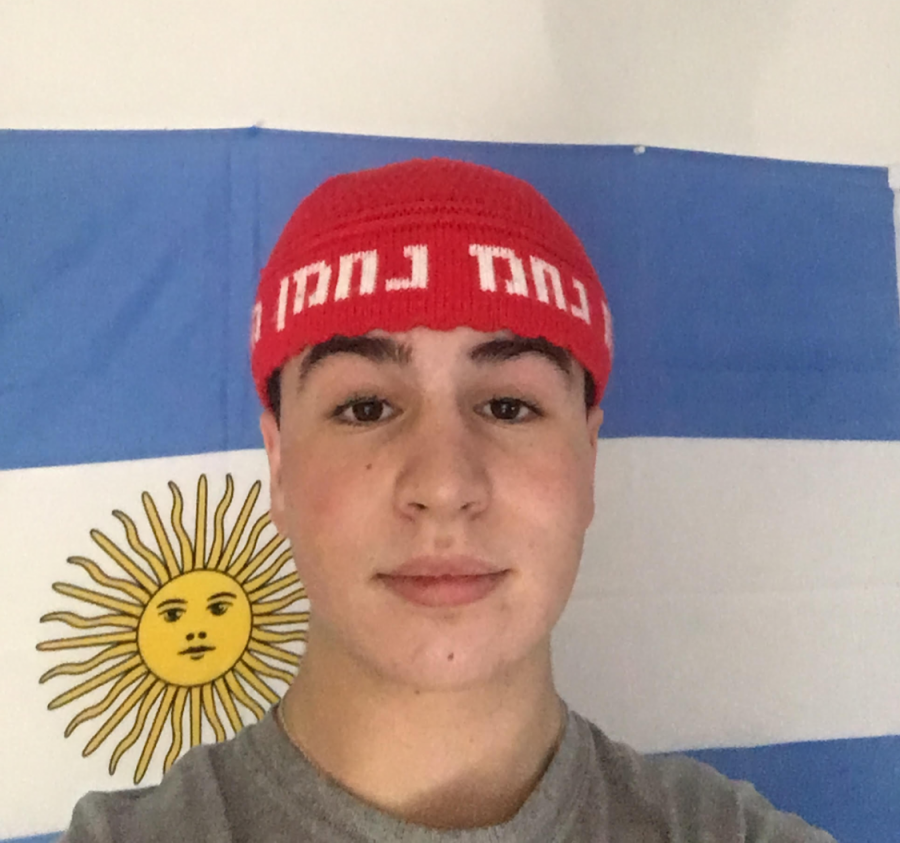 PROUD: A flag of Argentina hangs in Dani Kunin’s room.

“I spoke it before I knew English, and I picked up English when I was around three. It’s extremely beneficial to have the ability to speak Spanish, especially since we live in California which has a very big Spanish-speaking community. This allows me to get around a lot easier and communicate with more people.

“So I have kind of a mixed heritage. Being a Hispanic Jew isn’t that different from being any other Jew tradition-wise, because I’m Ashkenaz and both of my grandparents are Yiddish-speaking, like most other Ashkenaz people of the older generation. I have the same customs at the Seder table, but culturally-wise I’m different from most people.

“Being an Argentinian living in LA, I’m very far away from my homeland, which is sometimes difficult because I don’t get to see family members often because of the great distance between here and there. But overall, I’m proud to have such a unique heritage.”