He built the house, then built a home

By Clara Sandler, Class of ‘19

The first basketball game I remember going to was Lakers versus the New Jersey (now Brooklyn) Nets. This has to be over 10-12 years ago. I don’t remember much of the game, but I do remember seeing the larger-than-life Kobe Bryant — the guy I saw on my TV screen nightly during basketball season, the guy who my dad talked about all the time, the guy who with that guy Shaq led the Lakers to three straight championships, and later to two more.

The last time I saw Kobe play was Nov. 3, 2015. We got amazing seats behind the basket to watch Kobe play during his last season. The Lakers lost to the Denver Nuggets 120-109 that game. But it didn’t matter. I got to see this chasuv guy play basketball at what Alicia Keys so aptly described during the Grammy’s as “the house that he built.” 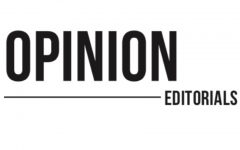 Last night I watched Dear Basketball — Kobe’s Oscar-winning short film addressing his retirement and why he loves the sport so much. It moved me very deeply.

“I fell in love with you,” he says in the poem he narrates over animation, first of a little boy and then a grown man playing basketball. “A love so deep I gave you my all–from my mind and body, to my spirit and soul.

“My heart can take the pounding. My mind can handle the grind. But my body knows it’s time to say goodbye.”

This man devoted his career to Los Angeles. He represents the best of LA: passion, drive and success. He showed us what we can do and who we can be if we put in the necessary effort.

Then there was the relationship that Kobe had with his daughter, Gianna. Kobe told Jimmy Kimmel just four months ago that everyone always came up to him and asked him how he tolerated having four daughters and no sons, i.e. no one to assume his legacy. But Gianna had dreams of going to the WNBA. Gianna was going to be the next link in the chain.

There are videos of them sitting courtside at games talking to each other. He was her basketball coach. Their close relationship is undeniable. Kobe Bryant was a lot of things to a lot of people. He was a hero, a legend, a role model. He was an opponent, a teammate, a coach. He also was a father. A father who loved his daughters.

Kobe Bryant had the mamba mentality. He encouraged perseverance, hard work and valuing the important people in your life. In his last game ever, after scoring 60 points to end a Hall-of-Fame worthy career, he said goodbye to his career by saying “Mamba out.”

In my favorite movie of all time, The Sandlot, Babe Ruth comes to visit Benny “the Jet” Rodriguez in a dream. The Babe tells Benny that “heroes get remembered, but legends never die.” Kobe Bryant’s legacy is eternal; the Mamba’s light will never be out.

He built the house, then built a home 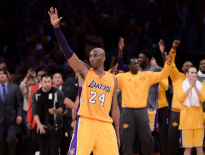