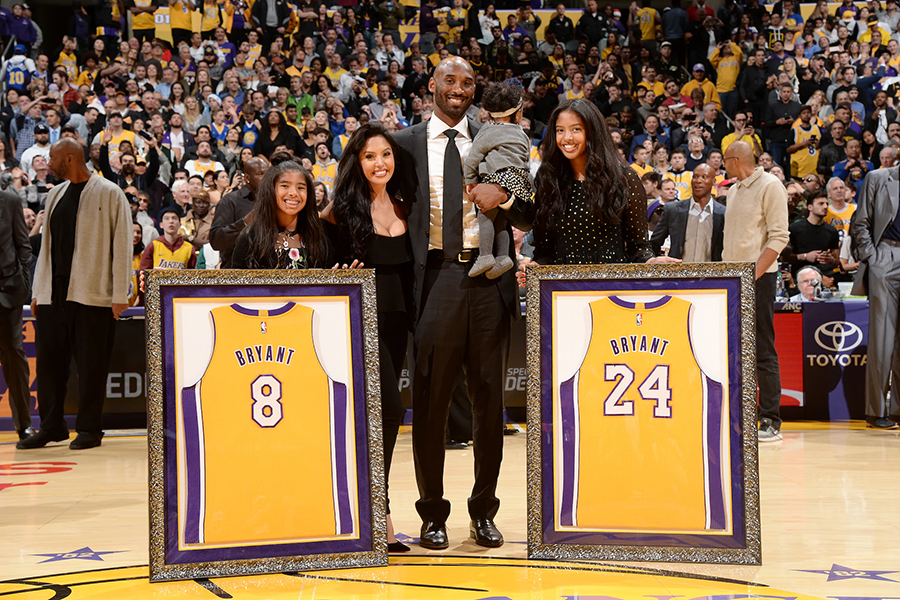 2017: Bryant and his wife Vanessa, and daughters Natalia, Gianna and Bianka smiled as his two numbers — 8 and 24 — were retired at Staples Center

A comic book supervillain who changed the game

Comic books feature many types of villains. There are the tragic ones, the megalomaniacs, the evil gods. But one group that has always stuck with me are those rogues who simply revel in the spotlight. For most of my childhood, the man who epitomized that was Kobe Bryant.

Like any good supervillain, Kobe chose his nickname: the Black Mamba. He said that he chose it since the mamba snake could ‘strike with 99% accuracy at maximum speed, in rapid succession.’”

We know Kobe’s superpowers: his extraordinary work ethic, his killer instinct and his smooth jump shot. But a true villain needs a starring moment. And for me, that was Jan. 22, 2006.

Born in Toronto, I was a young Raptors fan who went to see his underwhelming team play at the Staples Center. We were winning for most of the game, until the third quarter, when Kobe went nuclear. Shot after shot, Kobe proved he was unstoppable. 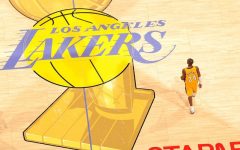 We can hold two ideas at once

I had no idea who this man was who was terrorizing my team and turning the roaring Staples Center crowd speechless. But I heard the name “Kobe.”

By the end of the match, the Lakers had won by 18, but more importantly, Kobe left his biggest mark on history, scoring 81 points — the second-most in a game in NBA history. Every year on the anniversary of that game, I watch Kobe’s highlights from that matchup, available here.

Ask anyone who was not a Lakers fan during his playing career and they will tell you the same thing, that they HATE Kobe Bryant. And this is not the type of hate one has for a game and then goes back to their business. Kobe seared his name and presence into his opponents’ minds. When Kobe pointed to the sky after his victory, it seemed to be his acknowledgement that he had just changed the game of basketball.

Like any good supervillain, Kobe chose his nickname: the Black Mamba. He said that he chose it since the mamba snake could “strike with 99% accuracy at maximum speed, in rapid succession.” This

nickname stuck, just like the Joker or Doctor Doom, because it really described what he was. That night against the Raptors, and many nights after, proved that the name fit. Kobe was a cold-blooded killer, and he knew it.

Years after his retirement, I’ve grown to understand that Kobe was more complex than his persona. I learned that a year prior to that 81-point game, a 19-year old woman accused Kobe of raping her, something which has always made it difficult for me to idolize him, and something no one can ignore when discussing his legacy.

Nevertheless, I also watched Kobe grow into a father and family man. I saw videos on social media of Kobe and his daughter Gigi sitting courtside at games as Kobe imparted lessons to her. I heard interviews where he asserted that Gigi was going to carry on the Bryant legacy in the WNBA. It is cruelly poetic that both Kobe and Gigi were taken together.

It breaks my heart that I will never get to see the man who I once knew as a supervillain and then as a man who made serious mistakes completing his transformation into one known as the caring and mentoring father we saw him becoming.