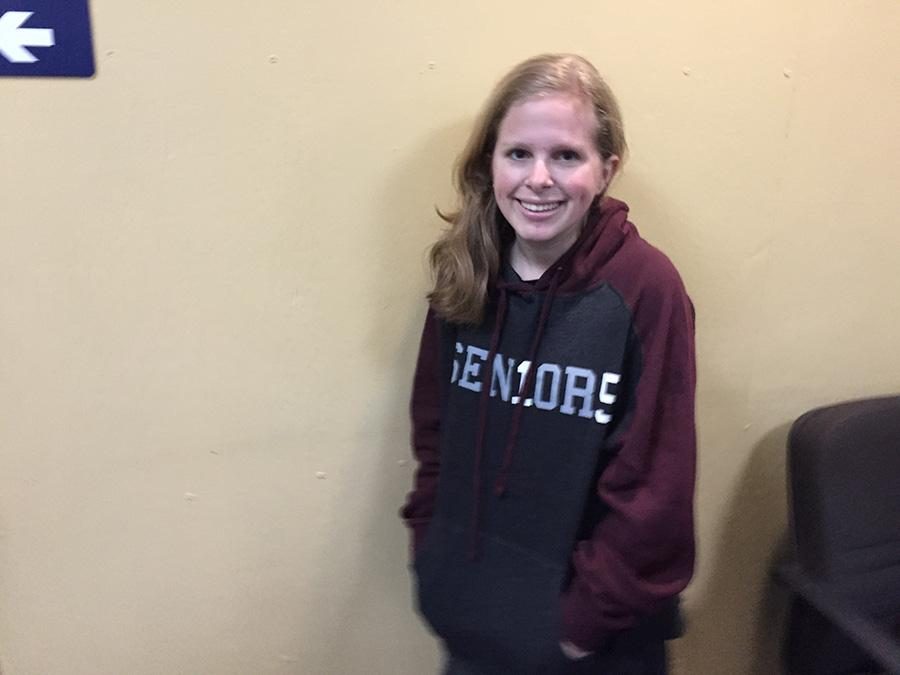 Like many seniors, Rina Katzovitz is planning to take a gap year before starting college.

But hers will be different.

“Not in Israel — nothing so cliché,” said Rina, known for selling popsicles in the hallways for charity and trying stand-up comedy at the Purim talent show.

Instead, Rina plans to leave June 23 for Brooklyn, New York, where until December she will attend The Center for Kosher Culinary Arts, a full time professional cooking school.

Rina started cooking at such a young age that she can’t remember when cooking wasn’t a part of her life.  Her mother started her cooking simple things like pasta, and soon she was able to make side dishes like roasted vegetables by herself.

One of her earliest memories is putting on a make-believe cooking show with her brother, where they competed in making guacamole.

“Instead of being doctors, princesses, or firefighters, we were chefs,” Rina said.

Today, Rina makes a wide array of dishes, specializing in garlic and onion, which she likes to use in everything.

“The seasonings I put on really depend on my mood,” said Rina in an interview. “I will do a cayenne pepper chicken one night, and a rosemary lemon chicken on another night.”

Still, she feels she has a lot to learn.

“I have been told I cook well but in no way am I a gourmet cook now,” Rina said. In culinary school, she hopes to experiment with a broader variety of spices, and to learn to properly cook meat.

“I really just want to enhance my overall knowledge of cooking.”

Rina is not unaware of her uniqueness. She is the founder of Shalhevet’s Dungeons and Dragons club and in her spare time studied Arabic using an app on her iPod.

“I have always prided myself on doing unconventional things,” she said. “I knew I didn’t want to spend a year tied down, and culinary school gives me the opportunity to do something unique that complements my hobbies, and allows me to have time after to travel.”

After coming home for a brief period, she plans to travel with her close friend Ariella Aslan. They hope to visit Singapore and Australia.

Rina’s gap year will definitely be out of the box.

“This combines my passion for cooking with my desire to see new places,” Rina said.

After traveling and cooking, Rina will be attending George Washington University in Washington, D.C., where she plans to study international relations and social justice.