Mini-mesters have been an institution at Shalhevet for four years now, designed to combat “senioritis,” a supposed lack of intrinsic motivation that occurs during the last semester of 12th grade. All three senior Judaic courses — Talmud, Tanakh and Jewish Philosophy — are replaced by short courses called mini-mesters, which are made up of two electives in the third quarter, two in the fourth, and a Holocaust education that spans the entire term.

The mini-mester program is run by Rabbi Ari Schwarzberg, who chooses these courses by finding topics that have not been taught at Shalhevet and that he feels are important for students to know.

The Girls’ Lounge mini-mester, as the title might suggest, is the only all-female mini-mester, offered to seniors during their last two months of high school. Led by Judaic Studies faculty Ms. Ilana Wilner and Rabba Ramie Smith, the one-month course delves into halacha that apply primarily to women — tzniut, or modesty; shomer negiyah, laws about physical contact between unmarried women and men; and the laws of niddah and the mikvah, which address marital intimacy.

Most of the senior girls came into the class with a vague understanding of these concepts. But many said they left feeling empowered by their new knowledge on topics which apply to them.

“I liked how it was discussion based and we talk about how this stuff affects our modern lives,” said senior Tali Schlacht, who took the course dur first rotation. “It’s not just ‘this is the halacha and that’s what it is.’”

Tali said the unit on modesty made her realize tzniut is not about being silent.

“That empowered me a lot because that happens to me all the time,” she said. “Sometimes I think I’ll just be humble and not say anything, but now I realize adding my thoguht to a class discussion can add value.”

Judaics Studies teacher Ms. Wilner created the curriculum. She said she thinks there is a gap in Talmud curricula for women’s halacha.

She said, “how can we balance putting ourselves out there with being Tznuah and caring about Halacha?”

Through Christianity and Islam, minimester looks at ‘Abrahamic’ religion through a wider lens

The World Religions minimester is an opportunity to learn differently about a subject Shalhevet students already spend a lot of time on: religion, including Judaism. 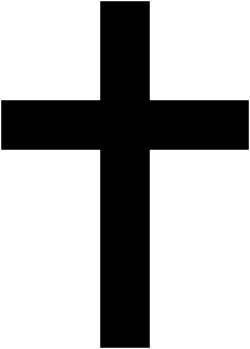 Unlike when we learned in Jewish History class when we are really just focusing on the role of Christianity or Islam when it’s connected to Judaism, we’re trying to really look at it from how its founded and how they see it,” said senior Aviva Katz. “Like when we were asked, who is the first Muslim, we all said ‘Muhammad’ and [the teacher] said ‘They would say Avraham.’”

Taught by Ms. Sheila Keiter, World Religions looks at the three “Abrahamic” religions — Islam, Judaism and Christianity — both separately and together. The course aims for students to understand the relationship of these three religions, while giving each religion a space to exist as a separate faith entity.

Like Islam, which considers Avraham a prophet, Christianity also descends from Judaism, and claims that Jesus descended from King David in order to have been the proper messiah.

Ms. Keiter says that by understanding what Christianity is, one can define oneself as something different.

“We study Judaism in school in depth, we are looking at texts, we are looking at halachot [Jewish laws] under a microscope,” Ms. Keiter said. So in the class, she said, “we pull back and kind of see it from an outsider’s perspective. I really want these students to think about these religions, including Judaism, in a broader way.” 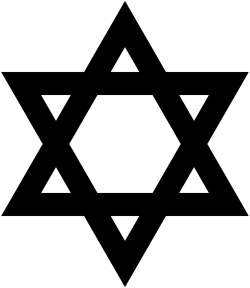 The course goes through the origins of Judaism and its evolution under the early rabbis; the later emergence of Christianity and its continuation the era of early Christian writers and beyond; and Islam during and immediately after the life of Muhammad. There is some overlap and some going back and forth in time, but mostly each religion’s foundations are explained on their own.

As Ms. Keiter explains the history, she says she will later explain the rituals.

Students in the class said they chose it for its uniqueness and because especially as Jews, they wanted a scholarly understanding of all the major Western religions.

“We covered a lot of material,” said Tyler Ekaireb. “We began with Judaism, and even though we’ve spent all of our high school careers learning about Judaism, it was interesting to learn about it from an academic lens.”

Students are learning how major parts of Rabbinic literature, such as the Talmud, were written at the same time as the New Testament, and how each influenced the other. Ms. Keiter is a Jewish Studies doctoral student at UCLA and has been a teaching assistant in the Abrahamic Religions course there three times. 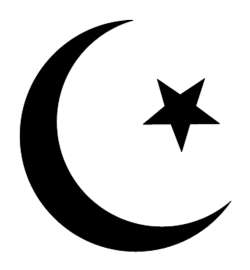 “When we look at rabbinic literature, it is aware of what Christianity is doing, they are conscious of each other,” Ms. Keiter said. “Are [the rabbis] rejecting certain ideas because they are associated with Christianity or embracing them because it is something they like?”

There is disagreement in Christianity as to the importance of the Tanach, which they call the Old Testament, as many see Jesus as the son or vessel of God and not part of the covenant of Abraham. But it is still considered an “Abrahamic” religion because of its Jewish origin and inclusion of Tanach among its sacred texts.

Rabbi Schwarzberg, who studied religions in the Divinity School at Harvard, arranged the class and for Ms. Keiter to teach it. He said a course like this has value at a Jewish school, even though it shouldn’t be required.

“It’s not an obligation of Jewish education,” Rabbi Schwarzberg said, “but … our students should go out of Shalhevet with some basic understanding of the relationship of Judaism and the other Abrahamic faiths.”

In contentious classroom, seeking out a definition of anti-semitism

No, this is not a mini-mester on how to be anti- semitic. Dr. Naya Lekht, a visiting professor at Cal State Long Beach and a research scholar at the Jewish studies center at UCLA, is currently teaching the second rotation of a mini-mester on various kinds of anti-Semitism through history.

Perhaps surprisingly, it’s also a course on what it means to be Jewish, and also on how what might seem anti-semitic to one person might not be to another.

“My students gave me all types of interesting answers of what it means to be Jewish, but nobody said anything about Israel,” said Dr. Lekht. “If something is anti-Israel, then is it not anti-semitic then?”

Interesting has often meant contrary. Most of the students have disagreed with Dr. Lekht on whether various examples of cartoons or writing were anti- semitic.

“There were many instances,” said Daniel Lorell, who was in the first rotation, “in which the class unanimously or nearly unanimously that a certain piece of artwork, poster, piece of legislation, speech which was critical of Israel or its policy, but not necessarily of Judaism. But, the instruction was otherwise.”

Dr. Lekht said that she is teaching the second rotation differently because of feedback from the first.

“Instead of beginning with what is anti-semitism, we are having a long discussion about what it means to be Jewish,” said Dr. Lekht.

Even though students in the first rotation disagreed with De. Lekht in many ideas, they still enjoyed learning a different viewpoint.

“It was nice learning a new perspective,” said senior Jonah Sanders. “I never really thought about anti-Semitism in that context before. She definitely had a lot of beliefs that a lot of people didn’t agree with, but it was interesting to talk critically about an issue that is really current in life.”

Minimesters last each three weeks each, and students take three at a time. However, last rotation, schedule conflicts including Sarachek, the Robotics competition, and the Model Congress Trip, reduced the number of times the class met.

As a child, Dr. Lekht lived in the Soviet Union in what is now Ukraine. She never experienced Russian anti-Semitism herself, leaving when she was just six years old. But she heard about it a lot from her parents.

“She was very literate in that,” said Daniel.

Students were convinced by some but not all of what she said.

A political cartoon that many in the class agreed was anti-semitism showed a previous Prime Minister of Israel holding a bloodied baby with the word Gaza on the baby. But a Black Lives Matter statement that Israel practiced “systematic discrimination and has maintained a military occupation of Palestine for decades” was not considered anti-semitic by many in the class.

“During Jewish History, we studied anti- semitism a little, but we never really went deeply into it, so I think it’s interesting to go deeply into the origins and the different types.”

“I don’t know if there was enough of a why involved,” said Daniel. “It was more of how it manifested itself. I suppose because there isn’t really an answer as to why, but an exploration into that at least.”

Sam Hirschhorn, who is in the second rotation, had a different experiencee.

Sam said that this time around, Dr. Lekht started the course by asking the students to define what it means to be Jewish so that they can better define what anti-Semitism is. He said he really appreciated studying the subject.

“During Jewish History, we studied anti- semitism a little, but we never really went deeply into it, so I think it’s interesting to go deeply into the origins and the different types.”

The experience has been eye-opening for the teacher as well.

“It’s something I’ve been working on for a long time — it’s both personal and professional for me,” Dr. Lekht said. “But it was challenging because I had to recalibrate, rethink what my teaching goals are and what my philosophical and ideological goals are.

“I’m hoping that the students got something out of it because… at the end of the day that’s really the most important thing, that your students feel that they’ve left with some sort of impression or knowledge or something to enhance their life and to look at life a little bit differently.”