FAREWELL: School founder Dr. Jerry Friedman spoke at graduation in the new building took place in the gym June 5. Percentage of graduates going to Israel for gap year has been rising. (BP photo by Katia Surpin)

FAREWELL: School founder Dr. Jerry Friedman spoke at graduation in the new building took place in the gym June 5. Percentage of graduates going to Israel for gap year has been rising.

60 percent of seniors will head to Israel, most to yeshiva, seminary

FAREWELL: Above, school founder Dr. Jerry Friedman spoke at first-ever graduation in the new building June 5 in the gym.  Percentage of graduates going to Israel for gap year has been rising. BP Photo by Gaby Benelyahu

More than 60 percent of the 2016 graduating class will spend next year in Israel, continuing a steady upward trend, according to principal and boys’ Israel adviser Reb Noam Weissman.

Among this year’s graduates, 28 of 44 students plan to spend a gap year Israel.   Twenty-three will attend yeshiva or midrasha (girls’ seminaries), and four students will go to non-yeshiva programs. Four of the total plan to join the IDF the year after, and one student is planning on going to Israel but doesn’t know where yet. 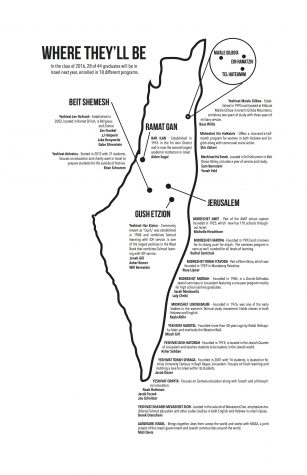 Reb Weissman attributed the change to how students feel about studying Torah.

“The last two years, the kids have been very, very into learning and very, very into Israel and their Zionism,” said Reb Weissman. “It’s been a natural progression to spend another year learning in Israel.

“This next year in Israel is a year for them to cultivate their desire to learn, but specifically be at Zionist institutions,” he said.

Some knew they would go from early ages, but others did

not realize they wanted to go until the class Poland-Israel trip last month.

Micah Gill, who will be attending Yeshivat Hakotel, has known that he wanted to go to Israel for a year since the fourth grade.

“It’s the only year that I will be given to focus on talmud Torah [Torah study], personal growth, meeting new people, the land of Israel, without the stress and constant reminder of deadlines,” said Micah. “I look at it more as a new chapter than a year on it’s own. It’s a thing that I’ve been excited for for years.”

On the other hand, Jake Benyowitz, who will attend Lev HaTorah, made his decision only about a year ago.

“When I started Shalhevet, I did not want to go to Israel,” said Jake. “I can’t remember [why I decided to go], I just grew spiritually in Judaism.”

Shir Zahavi was not planning to go to Israel next year, but after the Poland-Israel experience, she reconsidered her decision and now has signed up to attend the midrasha Ein Hanatziv.

“Going from Poland to Israel was a really big deal,” said Shir. “It changes the way you view things, your Judaism.”

Girls’ Israel adviser Mrs. Atara Segal thinks students are more inclined to go because they’re hearing about the experience earlier – in particular, hearing about the different yeshivas and seminaries from the time they enter the school.

“The culture of the school is changing,” said Ms. Segal. “We’re talking about it a lot starting in ninth grade.”

At the same time, gap years have become increasingly popular throughout the U.S.  Even Malia Obama, the President’s daughter who is graduating from high school this month, plans to take a year off before starting Harvard.

Shalhevet Director of College Counseling Aviva Walls said there are many reasons for this.

“Besides all the spiritual, religious Israel connection reasons, developmentally, there are many studies that prove it’s good for students to take a year between high school and college,” said Ms. Walls.

“They graduate more on time, they graduate with better GPAs, and they’re more likely to find jobs after graduation if they take a year between high school and college.”

But for Shalhevet students, the draw seems to be study or service in Israel.

60 percent of seniors will head to Israel, most to yeshiva, seminary 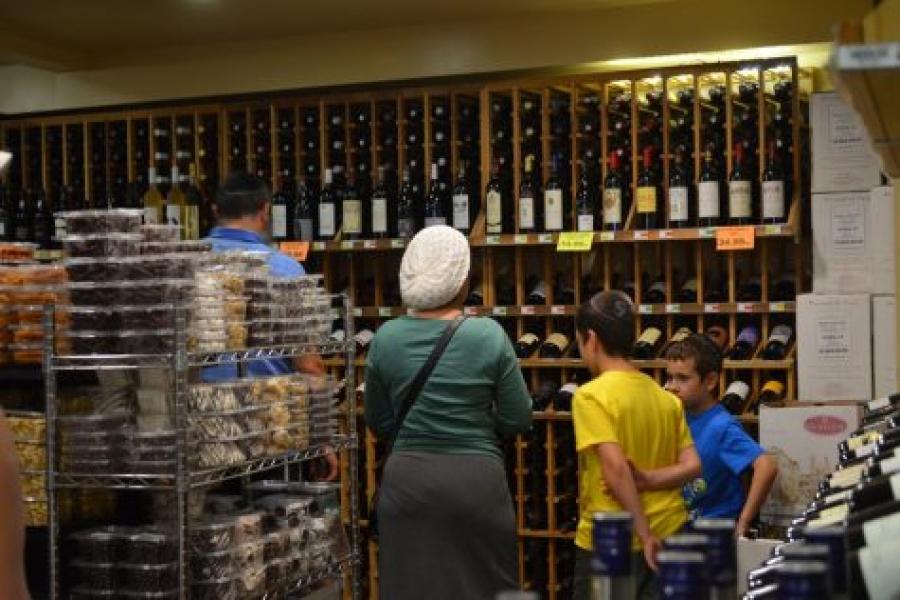