For transgender, halacha ventures into unknown — or does it?

Modern Orthodoxy has been considering the topic of gay and lesbian Jews for a while, but transgender Jews present a challenge which is just beginning to be explored.

There’s no set dogma on the topic of modern day transsexual people, because the phenomenon postdates second- and third-century Talmud.

“Halacha doesn’t have a prescribed category for these issues,” said Judaic Studies teacher Rabbi Ari Schwarzberg. “So the issue is how do we apply other halacha categories.”

Most rabbis are not well-acquainted with the issue, and have likely not met a transgender individual. Even those who could rule on the topic of transsexualism are limited to the worldview of their particular yeshiva or university or community, said Rabbi Schwarzberg.

Similarly, a lot of the technology, techniques and medicine used in modern day gender transition didn’t exist even five or 20 years ago, which makes it increasingly difficult for rabbis to pasken, or halachically decide, what to do when transgender individuals are in their communities, Schwarzberg said.

However, there are commandments that might discourage a halachically observant person from transitioning to a new gender. In cases of male-to-female transitions, castration, or sirus, is prohibited in Leviticus 22:24. For female-to-male transitions, this is only a rabbinic prohibition.

Based on Deuteronomy 22:5, a natal man or woman wearing the clothing of the opposite sex is also against the law, and “an abhorrence unto Hashem.”

Male-to-female sex changes may also be prohibited by Leviticus 18:22, the verse famously interpreted as forbidding homosexuality. A commentary by Ibn Ezra quotes Rabbeinu Chananelben Chushiel, an 11th-century rabbi from Tunisia. “There is one who took on the anatomy of a woman, which is not naturally possible,” Rabbeinu Chananel writes. Therefore, he said, this person is now not a woman, but “an androgynous.”

Judaic Studies teacher Morah Atara Segal says this does not necessarily extend to female-to-male sex changes.  It’s possible Rabbeinu Chananel was speaking about men transitioning, she said, because biblical Torah speaks about humans as men as the default – but it’s also possible he was specifically talking about people born as males.

“It’s also important to note that this is not a Torah prohibition – it’s a biblical commentary that is interpreting a verse in the Torah,” Morah Segal said.

On the other side is the principle in Jewish law of pikuach nefesh — literally “saving the soul” — which states that saving human life is more important than following any halacha except for laws against murder, adultery and idolatry. Some say that would justify gender changes because for most transgender people, transitioning is a matter of life or death. Prior to transitioning, and at the height of feelings of being in the wrong body, many trans individuals become suicidal.

“The Gemara says you should live by the mitzvot, but you should not die by them,” he continued. “That’s the way we understand the Torah — the value of life, of pikuach nefesh, is paramount.”

Rabbi Yona Reiss, who is currently the Av Beth Din of the Chicago Rabbinical Council and from 1998 to 2008 was the Director of the Beth Din of America, agreed with Rabbi Schwarzberg, while noting that pikuach nefesh is not a consideration that would create permanent law.

“The goal is to safeguard halacha while at the same time helping people, regardless of their challenges, to live positive and fulfilling lives within that halachic framework,” Rabbi Reiss told The Boiling Point.

The suicide statistics involving transgender people, Jewish or not, are staggering. According to the National Transgender Discrimination Survey (NTDS), 41 percent of transgender individuals attempt suicide at some point in their lifetime, compared to 4.6 percent of the overall population of the U.S. (The same figure among lesbian, gay and bisexual adults is 10 to 20 percent.)

Benjamin Kenner, who attended Shalhevet from 2011 to 2013 when he was still female, was not immune.

“I was talking to a friend of mine and said ‘I want to die, I can’t do this — I want to transition and I can’t,’”  Benjamin said he told a Shalhevet friend early in 12th grade. At the time, then-Rochel-Leah Kenner felt trapped out of both her community and her religion, he said.

What turned the switch, he recalled, was when the friend replied: “I think God would prefer you trans and alive than dead.”

“If God cares about me, then God wants me to be alive and okay,” Benjamin said last month.

Benjamin says his mental health has never been as good as it was the week of his first shot of testosterone, and every week he keeps getting better, making him a literal example of pikuach nefesh.

But Benjamin doesn’t believe Judaism should wait for a transgender person to become suicidal — to enter that territory of risking their life — before being allowed to transition.

“We need to not think of transition as the last option,” Benjamin said. “We need to actually love and accept our trans community members and listen to what they say they need.”

Rabbi Reiss said this all depends on whether or not a transitions “works.”

In an email to the Boiling Point, he referenced an article by Rabbi David Bleich in Contemporary Halakhic Problems, saying that the normative halachic view says that a sex change operation would be halachically ineffective in changing a person’s gender.

“Rather, a person would be halachically considered as remaining the same gender as they were originally born,” Rabbi Reiss said.

But there is evidence for exceptions even to this. Rabbi Reiss brought up a case decided by Rabbi Asher Weiss, a Haredi posek in Borough Park, Brooklyn, of two Jewish people who were getting a divorce. The husband’s father, Daniel, had transitioned to become a woman. For the purpose of finalizing the get, or religious divorce, he decided, the scribe should not write “son of Daniel,” but use the father’s new name and say “son of Ronit,” because Daniel is no longer in use.

“Even the Tzitz Eliezer, who articulated the minority opinion that a sex change operation can alter a person’s gender from a halachic perspective, only addressed the issue of whether the wife of a man who became a woman would require a get,” Rabbi Reiss said in an email to the Boiling Point.

“Any extrapolation of his opinion with respect to other halachic ramifications, such as obligations in mitzvot,  ‎is speculative in nature since he did not explicitly address those issues.”‎

All this illustrates Rabbi Schwarzberg’s point that rabbis have few cases and minimal real life experience to base decisions on, and the law is still evolving.

“Your average rabbi who might be a great scholar and might be very knowledgeable might not have a lot to offer on this topic because of lack of experience,” Rabbi Schwarzberg said. “They were certainly never educated on it, and the issue probably hasn’t come to their office, to their shul, to their community yet.”

What if a transgender student came to Shalhevet, or if a student who was already here decided to transition in one direction or another while attending the school?

Rabbi Segal says he would consult with the poskim.

“If a student at Shalhevet came out as transgender, regardless of their original sex, which I think is irrelevant to the question, I would consult with my halachic mentors in order to address particular policy issues,” Rabbi Segal wrote in an e-mail. “As an Orthodox school, that’s always an integral part of any plan of action.”

Although obeying halacha is important to Rabbi Segal, inclusion of transgender individuals within that halachic framework is significant as well.

“It’s our job to consult with our poskim and to maximize our inclusion of all people within a halachic framework, when it comes to policy decisions that affect the school,” Rabbi Segal wrote.

While even the most authoritative poskim, such as Rabbi Reiss, do not have a clear answer to many questions about what might be called “transgender halacha,” Rabbi Reiss says the answers needed will be found, situation by situation.

There is a rich halachic literature, he said, capable of eventually addressing whatever comes up.

“There is the human element in every single case, it’s very difficult to look at it solely from a clinical and technical perspective,” Rabbi Reiss said in a phone interview last month.

“In every individual case one has to address the individual questions, and be very sensitive toward the situation regardless of what the halachic answer is going to be. Ultimately, of course, we have to follow the halacha.”

For transgender, halacha ventures into unknown — or does it? 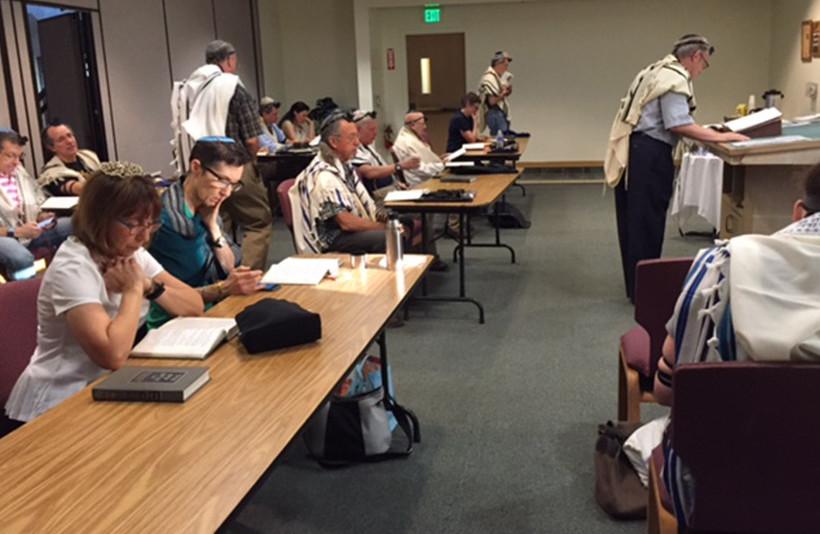