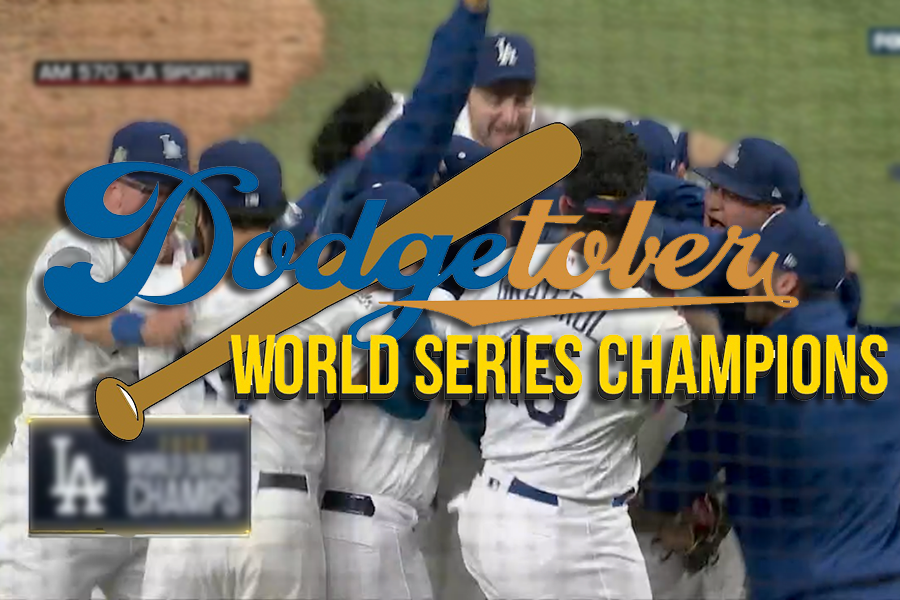 It took 32 long years. It took eight straight NL West division titles. It took three trips to the World Series in the past four years. But your Los Angeles Dodgers are now World Champions, with a 3-1 defeat of the Tampa Bay Rays in Game 6.

Tuesday, Oct. 27, will be a date remembered by all Dodger fans for years and years to come. The World Series, the ultimate prize in all of baseball, is what all fans want to see their teams achieve.

The Dodgers had many chances over the past years to win it all, but had not been able to reach the goal.  One year, the World Series was taken from them when the Houston Astros used illegal sign-stealing techniques to win games and the championship. The next, the Boston Red Sox were also found to be cheating and beat the Dodgers in the World Series.

This year, however, was different. With Clayton Kershaw able to pitch two great games, the team’s hot offense putting up many runs, and most importantly, their not having given up after that rough Game 4 loss, the Dodgers were finally able to push all of that behind them and win the World Series for the first time since 1988.

In Game 6, the Dodgers didn’t start their scoring until the sixth inning, when Austin Barnes scored on a wild pitch and Mookie Betts scored on a fielder’s choice.

This year, however, was different. With Clayton Kershaw able to pitch two great games, the team’s hot offense putting up many runs, and most importantly, their not having given up after that rough Game 4 loss, the Dodgers were finally able to push all of that behind them and win the World Series.”

By that time, though, the Rays had already put up one run, a home run from Randy Arozarena in the first inning.  Of course all great stories start with the lows. The low point of this game for the Dodgers was that first inning — that run, and everything accomplished by Rays pitcher Blake Snell.
It would be wrong to continue this article without mentioning Arozarena and all he has done this postseason. Arozarena broke many different records this postseason. With 10 home runs and 29 hits in the last four weeks — both postseason records — he will undoubtedly be counted as having one of the best postseasons ever by a single player.

Now to Snell. Snell was pitching one of the best games he has ever pitched. After five innings, he had given up only one baserunner and had struck out nine batters.  Those are stats that barely show up on the stat sheet.

He proceeded to get one out in the 6th inning, and then gave up a single.

This is where the game turned. Kevin Cash, the Rays’ manager, came out to the mound and took Snell out of the ballgame, in a move that has been widely criticized from that moment to this. But Snell this season has struggled against batters when they face him for the third time, and with that statistic, Cash chose to go to his bullpen to finish the game.

Statistically, pitchers usually do worse when pitching the third time through the order, which is very prominent nowadays since baseball is revolved around statistics.

With one runner on base and Snell out of the game, the Dodgers were now able to get things going. Batting against Nick Anderson. Betts hit a double down the left field line to advance Barnes to third base.

With Barnes leading off of third, Anderson threw a wild pitch and Barnes made it home. Corey Seager followed with a hit to the first baseman, Ji-Man Choi, who threw home to try to get Betts out. But Betts beat the throw and scored with ease.

The lead was then 2-1 and it seemed as if the Dodgers finally had their momentum.

Pitching-wise, the Dodgers for this game completely relied on their bullpen — this is a new strategy in which teams use relievers for the entirety of the game, and the starting reliever is called an “opener.” The idea is for each pitcher to pitch only briefly, giving teams an advantage because the opposing team’s batters won’t face the same pitcher twice.

Betts would then hit a home run in the 8th inning to make the score 3-1.

As Urias threw his final pitch, a fastball on the inside of the plate, he threw his fist in the air and hugged his catcher, Austin Barnes. Everyone else came into the dog pile and celebrated. ”

Julio Urias came in with two outs in the 7th inning and stayed for the rest of the game. Urias allowed no base runners throughout his appearance, striking out four batters.  As he threw his final pitch, a fastball on the inside of the plate, he threw his fist in the air and hugged his catcher, Austin Barnes. Everyone else came into the dog pile and celebrated.

One person who was missing from the pile — at first — was Dodger slugger and third-baseman Justin Turner, who had been pulled from the game just before the seventh inning after officials learned he tested positive for Covid-19.

With that news he went into quarantine and watched the rest of the game from a solitary room.  He was alone through the presentation of trophies, but eventually he came out onto the field and posed for pictures. Last Friday, he apologized for having potentially exposed others, and explained that he’d been given permission to go out to be photographed on the field with his wife but was swept up into the emotional moment by others on the field. MLB officials announced he would not be disciplined for what happened.

So many players on the Dodgers deserved this championship after years of defeat. The World Series MVP award went to Corey Seager, who had a batting average of .400 during this series with two home runs.

Most importantly was Clayton Kershaw. The future Hall of Famer finally was able to add a World Series to his career awards.

And so did the Dodger fans, who’ve been winning for years but never never in three-plus decades had won it all.

For them, the final words in the last Dodgetober article in 2020 are the best award of all: THE LOS ANGELES DODGERS ARE NOW WORLD CHAMPIONS. 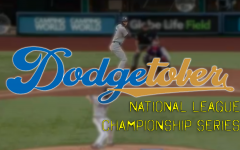 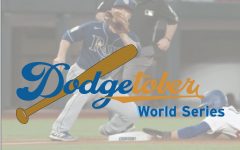 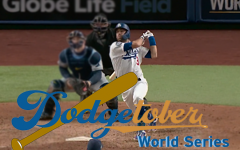 WORLD SERIES GAME 2: The Tampa Bay Rays even up the series, winning 6-4 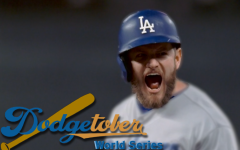