5:18 p.m.: The line to get into the rally was peaceful and enthusiastic

Above, it was still light as Sen. Bernie Sanders, D-Vermont, arrived on stage at 7:20 p.m. May 23 at Santa Monica High School. “A country is remembered by how it treats it’s weakest and most vulnerable citizens,” he said near the beginning of his speech. BP Photo by Daniel Lorell

Fifteen days away from California’s June 7 presidential primary, U.S. Sen. Bernie Sanders of Vermont arrived on the Santa Monica High School football field Monday to a crowd of about 6,000 supporters, most of whom had been waiting more than three hours to hear the him speak.

After being introduced with speeches Cenk Uygur of The Young Turks and Dick Van Dyke of the old Dick Van Dyke Show and Mary Poppins, he gave addressed a range of issues including immigration and climate change and said that if his policies were enacted, free college tuition for all would be paid for by new taxes.  Excerpts from Sen. Sanders’ speech are in the live blog below.

The audience, which had been spread thin in lines encircling the campus waiting to gain entry, was readily roused by the senator’s remarks on topics ranging from pay inequality between men and women, to the heroin and opiate addiction crisis plaguing Northeastern states.

The rambunctious crowd did not let 30 seconds go by without uproarious cheering in response to some of Sanders’ proposed policies, or thunderous booing at the mention of Secretary Clinton or Donald Trump. Members of the crowd could be seen clad in Bernie shirts, stickers and buttons, as well as some more unorthodox symbols, such as the Soviet hammer and sickle, and a red fist.

Doors opened to the rally at 4 p.m., Sanders took the stage at 7:22 p.m., and the rally concluded at 8:50 p.m. with Sen. Sanders concluding, “On June seventh, let this great state, this progressive state of California, show the world you’re ready for political revolution.”

8:19 p.m.  Sen. Sanders says: “The Affordable Care Act [Obamacare] has done many good things, but we need to go further.”

8:18 p.m. Sen. Sanders says: “How are we the only major country that does not guarantee health care to its citizens as a right?”

8:06 p.m. Sen. Sanders says: “And by the way, we will also end the current deportation policies.”

8:02 p.m. Sen. Sanders says: We should impose a tax on wall street speculation. hat tax alone will pay for tuition at public colleges and universities.”

7:59 p.m. Sen. Sanders says:”It used to be that with a high school degree, you could make it into the middle class. That is no longer the case”

7:56 p.m. Sen. Sanders says: “Together, we will not allow that American dream to die”

7:53 p.m. Sen. Sanders says:”Republican family values are telling every woman in America that she does not have the right to control her own body. We disagree!”

7:52 p.m. Sen. Sanders says: “A country is remembered by how it treats it’s weakest and most vulnerable citizens.”

7:47 p.m. Sen. Sanders says: “People facing mental health crisis should get the mental health treatment when they need it, not six months later,” and “Every campaign has a super-PAC except us.”

7:45 p.m. Sen. Sanders says:”We have got to understand that heroin and opiate addiction should be treated as a health issue, not a criminal issue.”

7:41 p.m. Sen. Sanders says: “We do not want to see millions of young people hanging out on the street without the education and jobs they need.”

7:40 p.m. p.m. Sen. Sanders says: “We have in America today more people in jail than in any other country on earth.”

7:39 p.m.: p.m. Sen. Sanders says: ” We should be hiring teachers, not firing teachers” and “We can create 13 million jobs by rebuilding our infrastructure, and that’s what I intend to do.”

7:37 p.m. Sen. Sanders says: “When we talk about fair pay, I hope every man will stand with women for equal pay.”

7:36 p.m. Sen. Sanders says, “We will create an economy that works for all of us, not just the top one percent.”

7:31 p.m. Sen. Sanders says: “The truth is the campaign finance system is corrupt and undermining democracy,” and “A rigged economy is when the top one-tenth of the one percent owns as much as the bottom 90 percent.”

7:26 p.m Sen. Sanders says, “Secretary Clinton has backed out of the debate.”

6:38 p.m.: A field organizer is now speaking and is encouraging people to register Democrat or no party so they can vote for Sanders in the California Primary June 7. 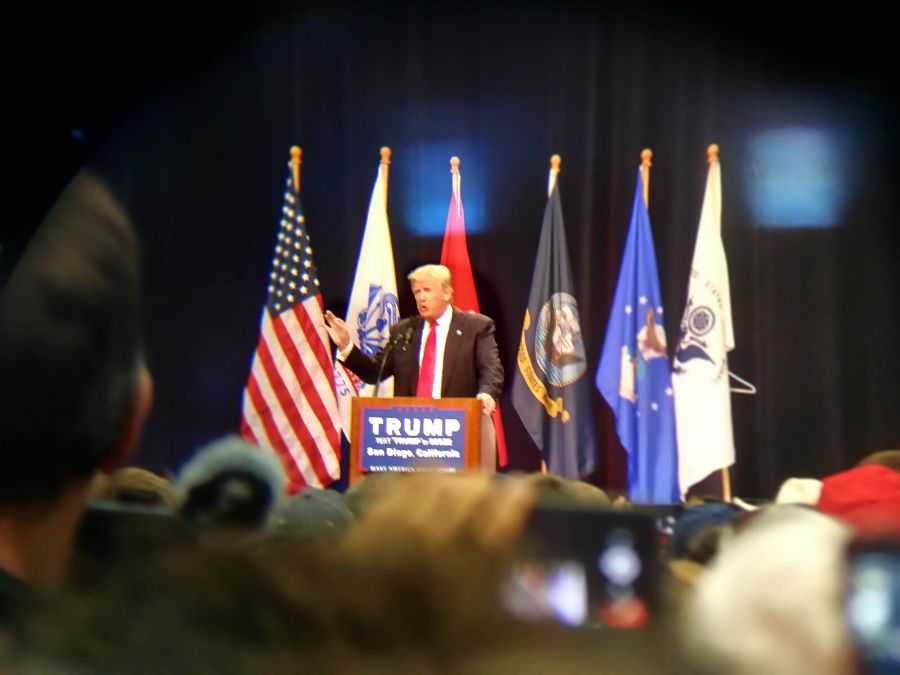 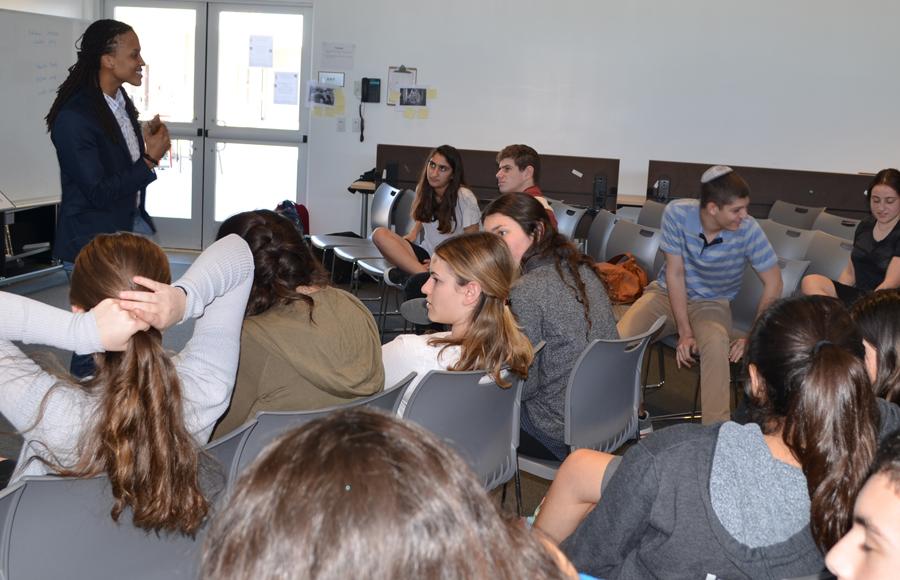