Brexit fears? Israel has a separate trade deal with the UK, just in case 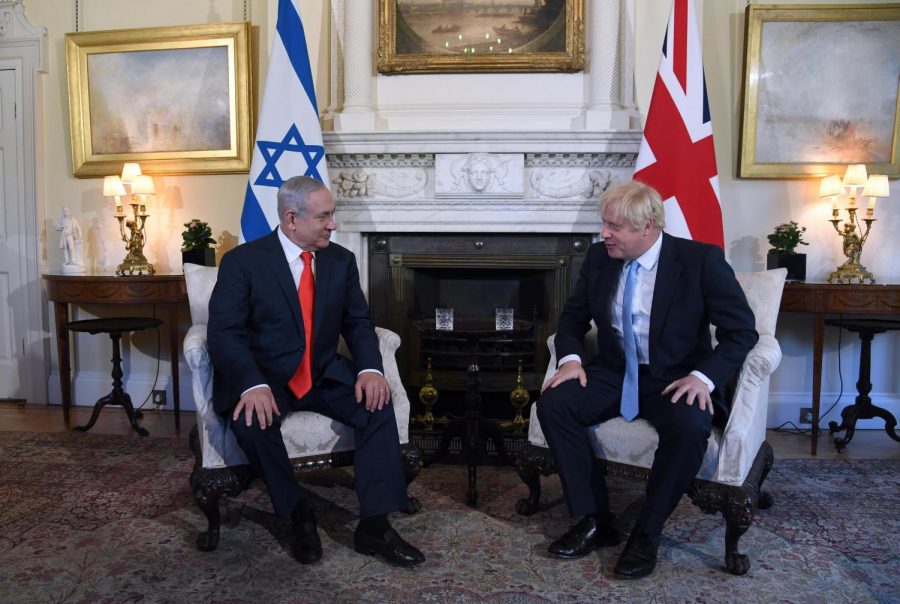 Leaving the European Union will mean that the United Kingdom — whose full moniker is the United Kingdom of Great Britain and Northern Ireland — will lose the benefits of trade agreements the EU holds with countries around the world. But Israel and the UK have taken steps to ensure a continuity in trade between them if Brexit — Britain’s exit — does in fact occur.

Last February, the two countries signed a UK-Israel Trade and Partnership Agreement to keep trade conditions under the terms of agreements currently in place between Israel and the EU.  It also provides for further trade liberalization, possibly opening more opportunities for the two countries in the future.

That’s important for Israel, whose third-largest trading partner is the UK, according to the World Integrated Trade Solution database.

UK exports to Israel in 2017 totaled almost $3 billion,  UK imports from Israel were about $2 billion, according to a document  presented to Parliament explaining the trade continuity agreement.

New British Prime Minister Boris Johnson has said he would exit the EU on Oct. 31 with or without a deal that sets rules, principles and guidelines for breaking with the EU, a political and economic union of 28 mainly European countries.

British politics and government are in turmoil, however, and whether the Oct. 31 date will stick is uncertain.

In the meantime, the UK has taken preparatory steps to ensure a smooth transition where it can. According to the UK’s website, as of September, the UK had signed 14 “trade continuity” deals with countries or trading blocs. It also says that countries without trade agreements will, by default, have to do trade with the UK under World Trade Organization (WTO) rules.

The European Union, of which the UK is currently a member, currently has about 40 trade deals which cover more than 70 countries, also including Israel.

Israel Education teacher Hannah Tobin Cohen, one of two British-born Shalhevet faculty members, said the agreement could be a good thing for Israel. But she worried that other costs of Brexit could hurt the UK in the long run and will not necessarily produce positive results for Israel, either.

“If Britain ends up in a weaker position from Brexit, then it’s not going to be as beneficial as it could have been,” said Ms. Tobin Cohen. “Britain needs to be a real world power, and I’m just a little bit worried that Brexit will weaken it.”

The Boiling Point asked a senior Israeli economist what would happen to Israel-UK trade once Brexit takes effect. Mr. Shmuel Abramzon, Senior Deputy to Chief Economist at the Israeli Ministry of Finance, replied that it’s “hard to quantify the benefit at this point” but that the trade agreement would possibly put Israel in a better position on the world stage.

Mr. Abramzon said the question is whether countries and trading blocs that have trade agreements with the UK will possibly be at a greater advantage than those who don’t, once Brexit is completed.

“It might make our exports to Britain more competitive compared to other countries that don’t succeed in securing such agreements,” Mr. Abramzon said in a phone interview from Jerusalem  Sep. 16.

In the long run, he said, trade agreements — which lower tariffs — generally improve trade, assuming that trade is done fairly.

But aside from the trade continuity agreement, it’s hard to guess how Brexit will affect Israel at this point since there are still so many uncertainties, he said.

Like Ms. Tobin Cohen, Mr. Abramzon is more worried about the other side.

“The main risk would be that Britain and the EU are hurt economically,” Mr. Abramzon said. “We already see Britain being hurt to some degree and we see the British pound weakening, we see some of the economic activity in Britain weakening.”

Investments in the UK have also been lower, Mr. Abramzon said, partially due to the uncertainty having weakened the value of the pound.

For Israel, he said, a lower pound value could make imports from the UK and other countries cheaper and thus more attractive — meaning Israeli companies could sell more to British consumers. But on the flip side, weaker economic activity in Britain could translate into lower demand for Israel’s goods, and also an increase in prices for Israeli exports.

“We want our trading partners to be strong,” Mr. Abramzon said, “and when the economy weakens, then their demands for our exports also weakens.”

Meanwhile, the Israel-EU trading deal is still in force and there have been no signs of either side wanting to walk away from it.

According to the EU’s website, in 2017 EU exports of goods to Israel amounted to a little over $23 billion. That same year, imports to the EU from Israel came out to a bit over $16 billion.

But Mr. Raphael Lapin, an international negotiation and dispute resolution specialist in Los Angeles, said the way in which the UK ultimately leaves the EU could become an excuse for the EU to act against Israel in other ways.

“We don’t know for sure,” Mr. Lapin said, “But we do know certain things: we know the EU has not been considerably friendly towards Israel in terms of policy.”

He compared Brexit to a divorce, in which couples can separate in a cordial manner or in a bitter fight.

Similarly, he said, if the UK pulls out without a deal, in an acrimonious fashion, then countries like Israel will have to choose which side they want to align themselves with.

Mr. Lapin thinks the continuity agreement between Israel and the UK shows that right now Israel has aligned itself with the UK, and wonders whether that would preclude it from making deals with the EU.