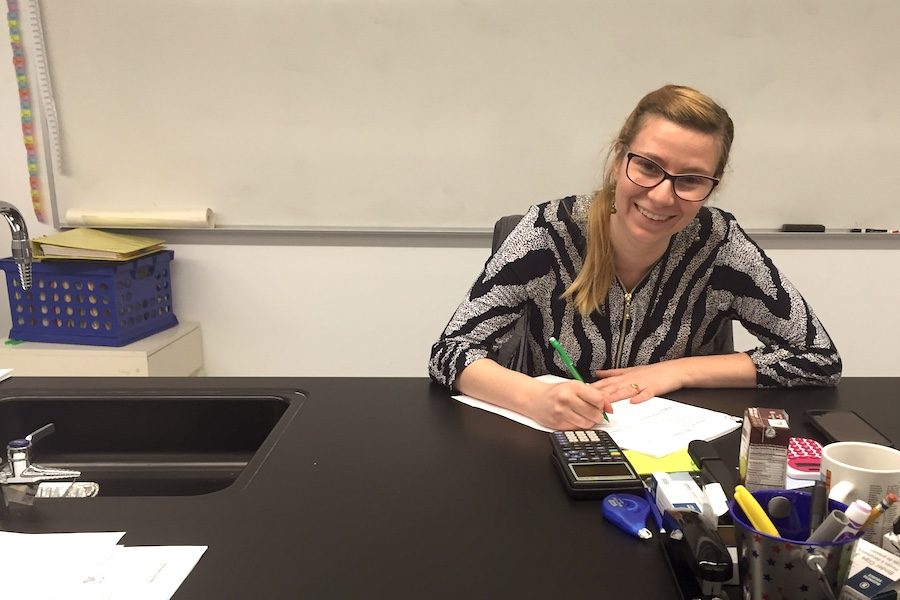 BETTER: Science teacher Dr. Elizabeth Basheer received this year’s flu shot and got a mild case of the illness. “It wasn’t super bad,” she said, “but it wasn’t apples and sunrises and, you know, candy.”

Even when it doesn’t prevent the illness, this year’s vaccine reduces symptoms, and the season is still evolving.

Biology teacher Dr. Elizabeth Basheer suffered from the flu during the semester break in January even though she acquired the shot.

“I’ve studied a lot of biology and I know that vaccines, especially flu vaccines, don’t always work because the flu virus tends to mutate,” Dr. Basheer said.  “I knew that there would be only a certain probability that it would help, and so I was disappointed that it didn’t work this year, but I wasn’t so surprised.”

Since last November, a type of influenza A known as H3N2 virus has been the main strain active in the U.S., accounting for 69 percent of cases, according to the U.S. Centers for Disease Control (CDC) in Atlanta.  The CDC said the 2017-18 vaccine’s effectiveness against H3N2 was only 25 percent nationwide; 17 percent in Canada; and 10 percent in Australia.

INTERACTIVE: Use the controls on the CDC graphic at left to view the progression of this year’s flu epidemic across the U.S. Source: cdc.gov

That low number is not as surprising as it sounds. According to Dr. Julie Higashi, an infectious disease specialist at the Los Angeles County Health Department and mother of sophomore Kiku Shaw, the spread of the flu is very unpredictable, making it hard for doctors to formulate a vaccine that matches which strains will appear.

“That’s the thing about influenza,” Dr. Higashi said. “Basically what people do in devising the flu vaccine is to look at the previous season flu influenza and guess which mix of antigens or flu strains to include in next year’s vaccine.

“It could just be that particularly for some reason, the match between last year’s group of flu viruses and what’s actually causing the most flues this season wasn’t that great.”

However, getting the flu shot, according to the CDC, is highly recommended as long as influenza is around.  And in California, it is: new cases of the flu were still “widespread” in California as of mid-March, the CDC reported.

Dr. Higashi highly suggests getting vaccinated because in the case when the vaccine does match the influenza strain and someone still gets sick, it can greatly reduce the severity of one’s sickness.  The CDC acknowledges this as well. Further, it’s one of the safest vaccines to get.

That was Dr. Basheer’s experience. She had it for about four days, compared to the average one to two weeks that is typical for a bout of the flu.

“I’d say it’s medium,” she said. “It wasn’t super bad but it wasn’t apples and sunrises and, you know, candy.”

But though even an ineffective vaccine can lower the severity of flu symptoms, fewer than half of Americans are usually immunized.

Ms. Nana Pantsulaya, a receptionist at the office of Dr. Svetlana Kruglyakov’s office on Olympic Boulevard, observed this in her office, where she said she had seen many more cases of the illness than last year.

“There is definitely a flu outbreak this year more than last year,” Ms. Pantsulaya said, “but it is also due to the fact that lots of people do not vaccinate against the flu.”

People’s reasons for not becoming vaccinated vary from a fear of needles to a general lack of concern. Officials at the CDC and those who advocate for immunization blame fears and myths, as well as a belief that the flu shot wouldn’t help them.

Shalhevet sophomore Evan Rubel, who was not vaccinated and did not get the flu, actually researched before deciding whether or not to get the shot.

“So I just thought it wouldn’t be an effective thing to do. That’s basically my reasoning.”

CDC figures show that flu activity is now decreasing overall, and the peak of the flu season has passed; for example, fewer people are being hospitalized for influenza.

Nonetheless, the vaccine is still recommended, because it can still help — especially with such a harsh strain of illness this year.

Officials warn it is still too early to know when the flu season will be over entirely.     Dr. Higashi said that often other flu strains arrive later in the season, so if the type of influenza circulating were a product of Influenza A, it would not be uncommon for a strain of Influenza B to circulate as well.

So even if researchers and doctors developed a flu vaccine that matched the most prevalent flu perfectly, it might not work for all strains that year. 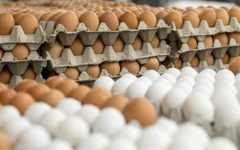 The overall effectiveness rate of the flu shot against any influenza strain currently in the U.S. is 36 percent.

That’s especially important this year, because medicine used to lessen flu symptoms is this year in short supply. The antiviral drug called Tamiflu — the brand name of Oseltamivir, which can treat symptoms of influenza if taken within 72 hours of first experiencing flu symptoms — is in short supply.

According to Dr. Higashi, Tamiflu stocks are limited because production of part of its manufacturing takes place in Puerto Rico, which was mostly destroyed in Hurricane Maria. So some victims of the flu cannot get it even if it’s prescribed for them, because people with asthma or some sort of disability — who are more likely to develop serious complications from the flu — have a higher priority.

For all of these reasons, even though she got the flu, Dr. Basheer said she would continue to be vaccinated every year, along with her husband and children.

“Other times that I have been vaccinated, I didn’t get the flu,” she explained.