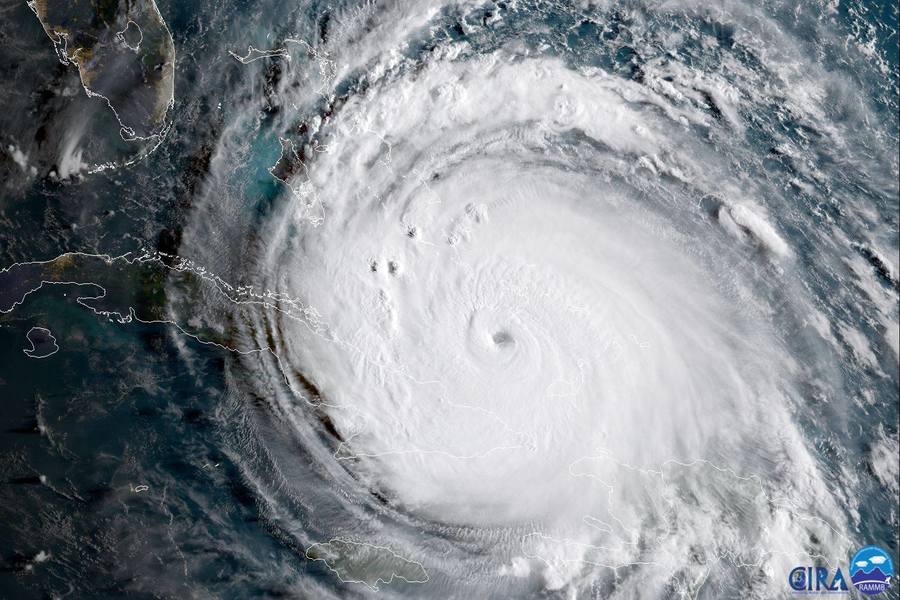 EYE: Hurricane Irma lingered off Florida’s southeast coast longer than expected, confounding predictions that it would head up the east coast and devastate Miami. Instead, it moved west over Cuba and then turned north, heading up the state’s west coast. (nasa.gov)

EYE: Hurricane Irma lingered off Florida’s southeast coast longer than expected, confounding predictions that it would head up the east coast and devastate Miami. Instead, it moved west over Cuba and then turned north, heading up the state’s west coast.

In wake of Harvey, residents feared terror of Irma and fled north. Jewish community in Atlanta took in evacuees.

EYE: Above, Hurricane Irma lingered off Florida’s southeast coast longer than expected, confounding predictions that it would head up the east coast and devastate Miami. Instead, it moved west over Cuba and then turned north, heading up the state’s west coast.

Then, on the morning of Sunday, Sept. 10, it did, having caused more than a million people to evacuate in a state of panic. Overlapping with the impact of the destructive Hurricane Harvey in Houston, Tex., the catastrophic effects predicted for the even larger Irma had the internet buzzing, urging people to get out.

Daniella Lewinger, a ninth grader who lives in Fort Lauderdale, Fla., witnessed the build-up and aftermath of the storm. She evacuated with her family to a house in the Atlanta Jewish community, before direct impact — after a family poll.

“We all got together and took a vote,” said Daniella in an interview with the Boiling Point. “The majority vote was to leave, so we all left.”

He and other members of his community housed displaced Florida families, and also provided Shabbat services and kosher meals to around 1,500 people.  Although the events sparked from a tragedy, Rabbi Houben described the outcome as being quite beautiful.

“It doesn’t matter what shul you belong to,” Rabbi Houben said. “It doesn’t matter who you are, or what walk of life you come from. Everyone stands together to take care of each other. It was a beautiful thing, when the community comes together like that…an outpouring of chesed,” or lovingkindness.

According to Floridians contacted by the Boiling Point, the greatest panic about Hurricane Irma occurred before the storm hit.  In anticipation of what everyone believed would be a catastrophe, people nervously hoarded water and food, boarded up windows and prepared for loss of power.

Daniella Lewinger said people were particularly apprehensive for Irma because it fell just after Hurricane Harvey,  which lasted from Aug.17 to Sept. 3, causing 77 fatalities and up to $180 billion in damages, according to U.S. Secretary Treasury Steven Mnuchin.

Adding to the panic, the hurricane actually took an unexpected turn west, hitting the Tampa area on Florida’s west coast, instead of Miami and other cities on the east. This turn caught a lot of west-coast residents off guard.

However, she said she felt prepared, because she had lived through many hurricanes already.

“If you let yourself get scared…every little thing just makes you more worried,” Daniella said. “If you assume it’s going to be okay and do the best you can, there is nothing more you can do about it. Worrying isn’t going to help you.”

Meanwhile, Deborah Wainberg, a friend of Daniella’s who lives in the same city and goes to the same school, had a very different experience. This was Deborah’s first hurricane, and her family decided not to evacuate, because they did not live in an evacuation zone.

Despite the tension during the build-up beforehand, Deborah, who lives on the east coast of Florida, found the storm itself easier than expected.

“This was our first time going through a hurricane and it wasn’t as scary as people were saying,” said Deborah in a telephone interview with the Boiling Point.

“It was really hard rain…lots of water. It seemed like buckets of water were being thrown at our window. It was honestly just eight hours of rain, it wasn’t that bad.”

“It was really hard rain…lots of water. It seemed like buckets of water were being thrown at our window.”

Before Irma hit, tweets from President Trump, news media reports and nervous calls from relatives circulated through the homes of Floridians.  All of the pressure from government agencies and the media to immediately evacuate raised the question of why so many decided to stay and ride out the storm.

Jean-Louis Casabonne of Sebring, Fla., who works for a software company and lives halfway between Florida’s two coasts,  was one of them.

He said he felt prepared to ride it out, closely following the path of the hurricane on the news and taking that time to prepare for the impact.

“It’s calm with an underlying level of anxiety…like a ticking time bomb,” said Mr. Casabonne of the anticipation he and and his community felt when waiting for the big storm.

During the storm itself, most residents were simply stuck indoors, he said.

Mr. Casabonne said people who were more likely to leave were those who are more vulnerable, such as the elderly, or people with small children. His own children are grown.

Still, the hurricane was memorable, and not like a typical day of bad weather, Mr. Casabonne said.

“When it’s at is heaviest, everything just sort of vibrates,” he said, “It’s loud. It’s like having a train go by.”