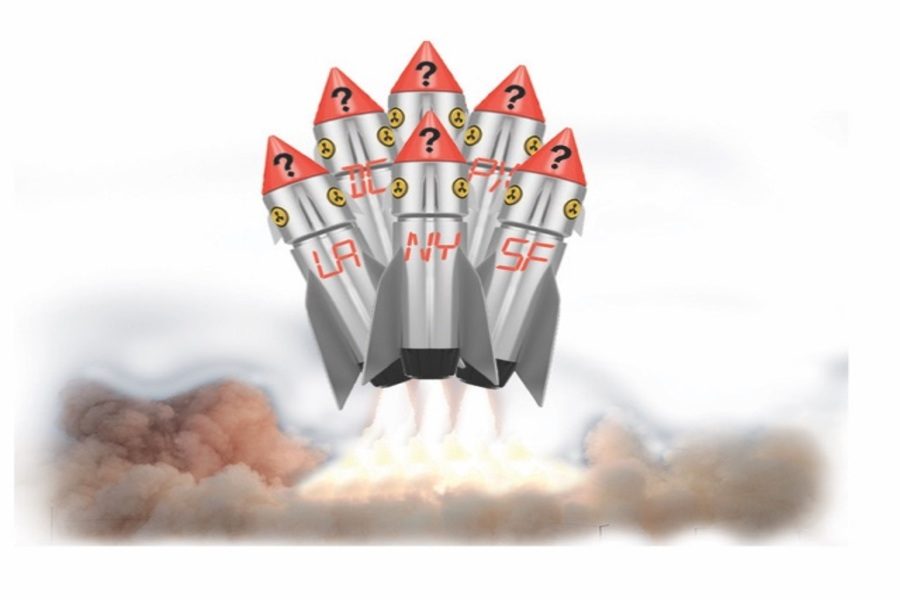 On July 4, North Korea successfully tested the Hwasong-14 ICBM, which some U.S. experts say could hit Alaska. But the tables turned on July 28, with a second test of the  Hwasong 14 showing a maximum range of over 6,200 miles, meaning cities such as Los Angeles, Chicago, and New York could be within range.

North Korea, whose official name is the Democratic People’s Republic of Korea, or DPRK, already has nuclear weapons that could be dropped from a bomber, but any aircraft would likely be shot down before getting close to the U.S. mainland — which is why the regime there has focused on building an intercontinental ballistic missile, or ICBM.

Missiles are classified by their range. For example, a ‘battlefield range missile” has a range of about 124 miles, while any missile that can hit a target at a range of 3,418 miles or more is considered an ICBM.

Since the distance from North Korea to Los Angeles is about 5,800 miles, an ICBM is the regime’s only option. And now it seems that they have succeeded in designing one, a claim confirmed by the Pentagon.

President Donald Trump replied Aug. 8 at the Trump National Golf Club, saying: “North Korea best not make any more threats to the United States. They will be met with fire and fury like the world has never seen.”  This left many to wonder whether war was imminent.

Though the US and other countries have tried to cripple North Korea by not buying its exports or otherwise trading with it, China, DPRK’s largest trading partner, has kept the smaller country’s economy alive.  Two-way trade between North Korea and China increased to $2.55 billion in the first half of 2017.

As a result, President Trump is attempting to convince China to reduce its trade with the DPRK, because without it North Korea would lack the resources to continue its nuclear weapons program. And on Aug. 14, China announced it would stop importing North Korean coal.

But despite US negotiations and diplomatic pressure, Chinese officials apparently believe that North Korea is too vital an ally to undermine too severely.  Not only does the DPRK provide a buffer zone on their border against the American ally South Korea, but if the regime in the North were to collapse, millions of refugees would flood across the Chinese border.

After President Trump’s “fire and fury” warnings, North Korea replied by threatening to attack Guam, which is both an important US military base in the Pacific and a home to over 200,000 Americans.

On Aug. 15, North Korean leader Kim Jong Un said he had opted to wait for the U.S. to make a move before acting.