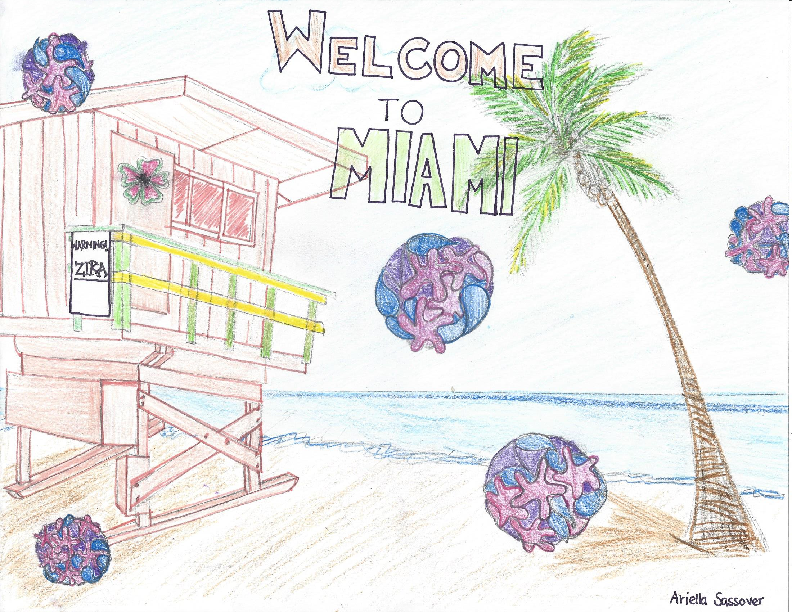 The Zika virus, which started spreading in Central and South America over the past year, has made its way to Florida, including where the Firehawk girls’ basketball team plays in an annual tournament.

Rabbi Alexander S. Gross Hebrew Academy, the host school of the Annual Hyman P. Galbut Girls Basketball Tournament, is in one of the areas being treated for Zika-infected mosquitos.

Athletic Director Ryan Coleman told the Boiling Point in an email that the decision of whether or not to go to Miami hasn’t been made yet.

“But that has nothing to do with Zika,” wrote Coach Coleman in an email to the Boiling Point. “The tournament falls during CIF playoffs, so that is something that the coach, Reb Weissman and I will have to discuss and make a decision about.”

Coach Coleman said people should not allow Zika to intrude upon their daily lives, but said everyone’s thoughts would be taken into account.

“We will definitely take the pulse of the community and let the students and parents weigh in on this matter,” said Coach Coleman. “If they do not feel safe traveling to Miami we will not go.”

As of Sept. 21, there were 3,358 cases in the United States, 3,314 of which came from traveling in countries that have Zika. There were 43 cases of locally acquired infections in Florida, and, as of Sept. 15, 749 pregnant women in the U.S. known to have the virus.

Zika spreads mainly through mosquitos, and 80 percent of victims suffer no symptoms and don’t even know they have it. But if a woman becomes infected while pregnant, the disease can spread to the fetus which can lead to devastating birth defects – most commonly microcephaly, a severe defect that causes a small and undeveloped brain.

Those who do have symptoms from Zika can experience fever, rash, joint pain, conjunctivitis, muscle pain and headaches for a few days or a week.

The Centers for Disease Control and Prevention (CDC) says that once infected, patients will likely be protected against the disease in the future.  But as there is no vaccine or cure for Zika – and no way to prevent the birth defects it causes –  Miami and its surrounding suburbs and neighborhoods have begun targeting mosquitos with pesticide.

On Sept. 9, Miami Beach started to spray naled, an insecticide that kills mosquitos, through the air. Local residents have protested the “aerial spraying,” as the CDC calls it, for fear of harmful side effects.

Rabbi Alexander S. Gross Hebrew Academy is in one of the areas being sprayed.

Senior Nicole Miles who plays forward for the basketball team said that she is not worried about Zika, and that she thinks that the team will end up going to Miami for the tournament.

“Hopefully by then it won’t be an issue,” said Nicole. “But if it is, I’m sure school won’t take us into anything that is detrimental to our health.”

Zika can be transmitted sexually or through mosquito bites, so the CDC recommends using condoms and protecting against mosquito bites. The best way to prevent mosquito bites is to use insect repellent and to wear clothing that covers most of your body.

With the recent outbreak, many companies have begun serious research into the development of a vaccine or cure. They have reported varying success in trials of vaccines, and some drugs are being moved to advanced stages of animal and even human trials.

Zika has become a big enough problem to attract the attention of the US congress. In their budget for the upcoming fiscal year, Congress this week allocated $1.1 billion for research, mosquito control and health care for people in the U.S. and its territories.

Meanwhile, the CDC has designated many countries in South America, the Caribbean, and Central America, including Brazil, Puerto Rico, and Costa Rica, as Zika infested areas and has issued travel health notices for those countries and many more