Shalhevet votes for president still up for grabs, according to poll 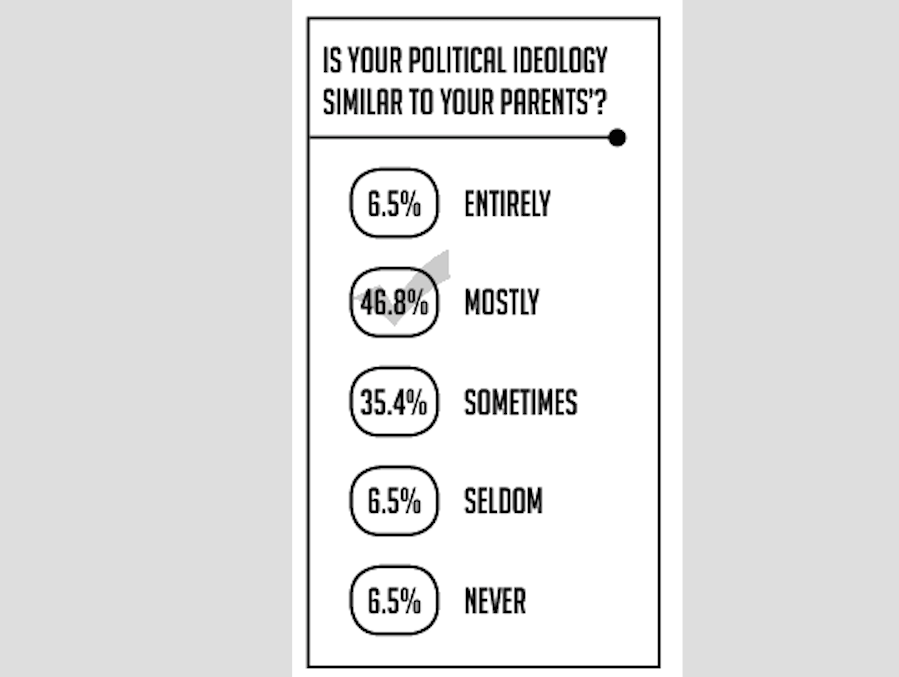 In the midst of an unconventional presidential election race, which includes surprisingly appealing Donald Trump of the Republicans and Bernie Sanders of the Democrats, almost half of Shalhevet students have not yet found a candidate to support.

Among those who have found a candidate to their liking, moderate Republican John Kasich garnered the highest percentage in an anonymous poll of 62 Shalhevet students, conducted by the Boiling Point on March 30.

While 39 percent have said they had not decided which candidate they support, 15 percent backed Kasich, who is the governor of Ohio, while delegate-leading Democrat Hillary Clinton, the former Secretary of State, was close behind with 13 percent.

“I just don’t think that any of the people running for president are good options and are going to ‘make our country great again,’” undecided senior Asher Remer – referencing Donald Trump’s campaign slogan – said in an interview.

“I think Bernie Sanders is too radical,” he continued, “Hillary Clinton is a liar, Donald Trump is going to start a nuclear war, Ted Cruz is also too extreme, and John Kasich would be best but I don’t think he’s going to win.”

In a school where no party or affiliation represents the majority of students (Democrats are a plurality at 37 percent), there are many possible reasons students cannot choose a candidate to their liking.

According to senior Daniel Soroudi, who currently supports Republican Ted Cruz, one of the reasons might be because people are unable to align themselves perfectly with a single candidate. Also, the campaigns’ attacks have had an effect.

Donald Trump currently leads the race for the Republican nomination with 743 delegates; Ted Cruz and John Kasich trail him with 532 and 143 delegates respectively. Needing only 494 more delegates to win the nomination, Mr. Trump’s popularity has grown at the same time that he has made controversial and sometimes contradictory statements.

For example, he has proposed building a wall between Mexico and the U.S. and charging Mexico – an important neighbor and trade partner – for construction costs; a temporary ban on any Muslims’ entry into the country; using nuclear weapons as a negotiating tool; and withdrawing from NATO.

He also has said that he loves Mexicans but that Mexican immigrants are rapists and criminals, and that he would repeal Obamacare but provide healthcare coverage for all.

For the Democrats, as of April 12 Hillary Clinton led a two-person race against Bernie Sanders, an independent senator from Vermont who caucuses with the Democrats, with 1,287  delegates to Sanders’ 1,068. Mrs. Clinton currently needs 1,096 more delegates to secure the nomination.

Mrs. Clinton’s main critics argue that she cannot be trusted because of her history regarding using a private email server in her for official communications, instead of using the secure government email, during her four years as President Obama’s first-term secretary of state.

Junior Alex Reich said that she can see herself voting for Mrs. Clinton because her political views align with hers the most.

“Neither candidate is ideal for me, but I definitely align myself more with Hillary and lean towards more liberal policies,” Alex said. “ I do see some flaw in her, but the matter of fact is that I do support a lot of her policies. I trust her and think she can still be a great president. ”

Alex also said that her decision would become easier if Mr. Trump becomes the Republican nominee.

“Policies about civil and social rights are one of the biggest factors I would take into consideration, and I just cannot support what I perceive as Trump’s racist and discriminatory policies,” Alex said. “Nor can I support a candidate who blatantly stands out against almost every civil liberty that I firmly believe in.”

“She is a moderate in an election of extremists,” said Sam. “I think there is a value in being a moderate and I think she is better than the alternatives.”

Sam said he believes everyone overplays the email and Benghazi scandals, and that even though she is not a perfect candidate, she is still worthy of becoming president.

For others, including freshman Abigail Blumofe and sophomore Daniel Lorell, the problem is not knowing enough.

“I don’t really know enough about the politics to make an informed decision,” said Daniel Lorell.

Israel and parents’ views are also factors influencing students. The Boiling Point survey found that 47 percent of students “mostly” agreed politically with their parents’ political views, with 36 percent saying they “sometimes” do.  Just over half of those who mostly share their parents’ views were undecided about who to support – suggesting that their parents are feeling pretty clueless at the moment as well.

“To my knowledge my parents don’t really know who they are choosing,” said freshman Abby Blumofe. “I do think that their opinions influence me a little because I constantly hear them stating their opinions.”

“My parents are very influential,” senior Will Bernstein, who supports Ted Cruz, said in an interview. “Especially when this is the first year that I get to vote, almost every night we have dinner conversations and one of the hot topics is elections.”

Fifty-eight percent of students said Israel was very important to their politics, and another 33 percent called it somewhat important; just eight percent said it was not important.

“I see Ted Cruz as the strongest candidate for Israel from what he says and what he would do if he became president,” said Will Bernstein. “He’s spoken on the record for backing Israel.”

But that did not convince others who called Israel a top priority. Freshman Ariella Sassover said she supports John Kasich and that her parents feel the same way.

“Ideally the person who is elected president will be good for both America and Israel,” Ariella said.  “But at the same time I am a citizen of America, and think that since I live here it is a priority that our next president is first good for America, then good for Israel.”

Asher Remer said Cruz’s support for Israel was not enough to sway his vote.

“I think Israel is very important, but I don’t think that Ted Cruz as our American leader really exemplifies American ideals,” Asher said. “I wouldn’t vote for someone just because they support Israel.”

Alex Reich said backing liberal candidates was sometimes difficult because they seem to have weaker policies in regard to Israel than their conservative opponents.

“Israel is a huge priority for me and always will be, but I think that I can’t vote for a candidate solely based upon their support for Israel,” Alex said. “The rest of the policies in addition to policies on Israel definitely do matter to me.”

The candidate who did gain the highest percentage of votes from students who were not undecided was John Kasich, a Republican whose views are not as controversial or extreme as other candidates’.

“I support John Kasich. He’s the most moderate candidate out of the current choices,” Ariella Sassover said. “He may not be the most charismatic speaker, but the things he says he will do are more realistic than the claims of other candidates.”

Sophomore Jacob Feitleberg also supports Mr. Kasich despite the fact that he is the most unlikely Republican candidate to win the nomination.

“I chose John Kasich because I think that on the debates he is the most sane and makes sense,” Jacob said.  “Even though many people assume that he is not going to win, I still support him.”

Shalhevet votes for president still up for grabs, according to poll 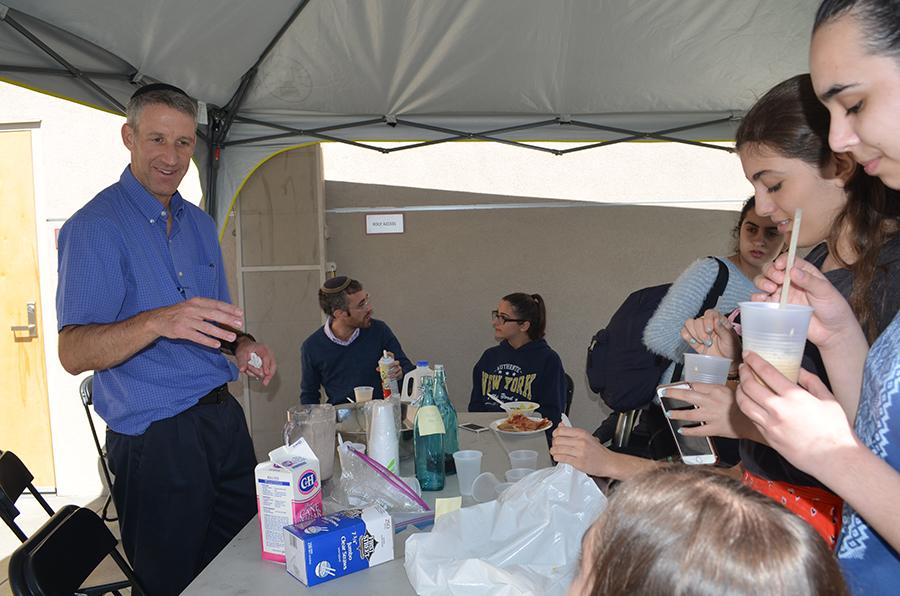 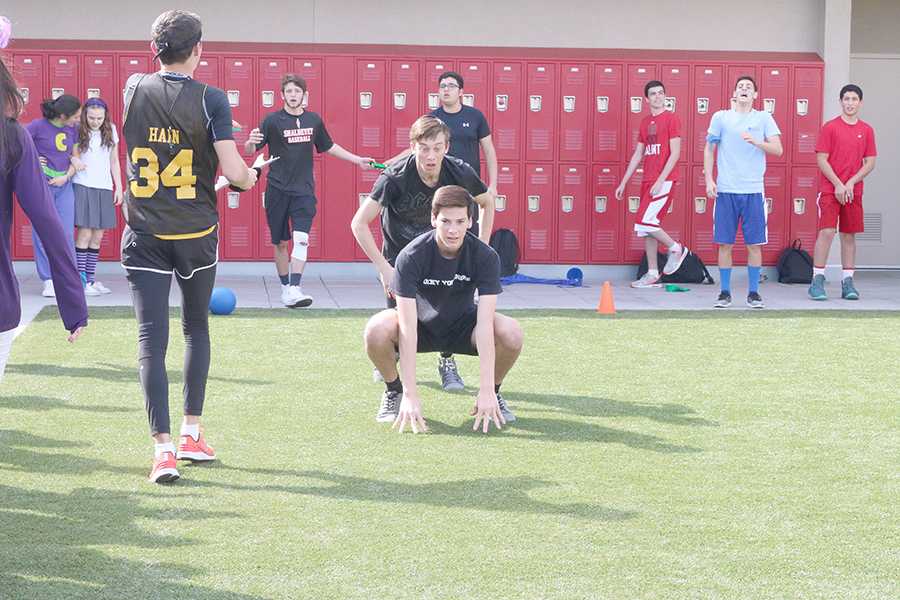 Community Four grades fight to the finish in newly expanded …