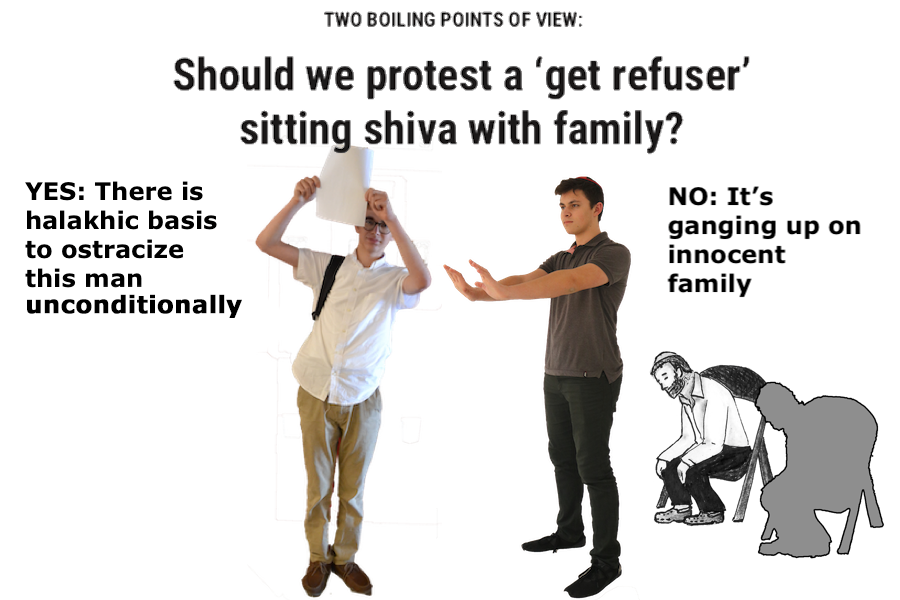 Yes: There is halakhic basis to ostracize this man unconditionally

As August drew to a close, the Shalhevet community united in protest around a shiva house. Jew and non-Jew alike, the protestors were brought together by the actions of the mourner, Meir Kin, whose name has long been an object of revulsion.

In Israel, the deceased mourner’s mother briefly laid unburied under the Rabbinate’s orders. Mr. Kin has for over a decade refused to grant a get to his wife and even remarried and has faced universal rabbinic sanction. His former wife claims that he is demanding $500,000 and full custody.

A pasuk in Devarim Chapter 24, Verse 1, describes the process of divorce as one initiated by the  man on his free will. However, there are cases such as of the Kins, where the get — the official writ of religious divorce — is not given. In such a case the woman cannot remarry, for it is considered to be adultery since she is still married to her first husband. However the man can, if he can earn the support of 100 rebbeim, because the prohibition of polygamy only dates to Rabbeinu Gershov’s medieval decree.

The Shulchan Aruch and other halakhic sources make clear that one can be forced even by the whip. The Rema states in Hamapah, a gloss on the Shulchan Aruch, an opinion cited by many rabbeim, that one delays burial or circumcision of a son on the refusal to give a get. This is a practice with a long history.

The ninth-century Paltoi Gaon stated, among other things, that the get refuser cannot bury his dead. Despite some opposition for the harshness of his penalties, many Rishonim including the Rif, the Rashba, and the Beit Yosef hold with him.

The manipulation of the get in order to gain an advantage in civil law is rightly considered abuse. It is only a person of extreme evil who takes advantage of the law for his benefit.

Meir Kin’s supporters might point to his claim that he has in fact offered a get. This is only partially correct. He has only offered a get in a Beis Din in Monsey, one not considered to be a reputable one.

So stands the consensus of the Torah giants of the United States and Israel; including Rav Schacter and Rabbi Lau, against one miscreant. The weight of 2,000 years of Jewish law stand together against one man. Who should we believe?

No: It’s ganging up on innocent family

On Aug. 23, members of the Shalhevet community and respected rabbis of the greater Los Angeles Jewish community gathered outside a building on Poinsettia Place. Inside was not the home of a corporation abusing animal rights or underpaying its employees — inside was a private Jewish family mourning the death of their mother and wife.

Meir Kin, the primary subject of this protest, had lost his mother, Rebbetzin Yehudis Kin — a respected educator of hundreds of Jewish children in Los Angeles — earlier that month. After delays to his mother’s burial in Israel, he was sitting shiva in the home of his father, Rabbi Yitzchak Kin — a beloved rebbe in many Jewish day schools — in Los Angeles together with his father and five siblings.

It was the last day of shiva, so those gathered knew it was their last chance to make the statement they were there to make. A common refrain from protestors was that they will not allow for another Jew to “manipulate halacha,” or Jewish law, to his benefit, and if he does, they will publicly shame him — even while he and his family mourn their mother.

The manipulation they speak of stems from the fact that Mr. Kin has not provided a get to his wife, Lonna, for over 14 years.

The facts of this case are in dispute and cannot be discerned for certain by anyone on the outside, on either side of this debate. But there is a clear question here: how appropriate is it to protest a shiva?

Publicly demonstrating against a shiva displays a certain level of achzariyut — cold cruelty — and lack of concern for the dead, and for the living who are trying to memorialize her. It shows a tremendous lack of sensitivity to capitalize on the powerlessness of a family during its time of sorrow in order to further an agenda.

Meir Kin was not alone in that home. Even if he himself deserves no respect, a demonstration at the shiva house still displays a complete lack of respect for the others inside: his father, sister and four brothers.

Protestors respond that they were also demonstrating against Mr. Kin’s siblings for not disassociating themselves with him and failing to ban him from the shiva house until he provides a get.

Firstly, are they now deciding the rules that siblings must follow in their relationships with each other? They don’t know the family dynamics in a way that can allow them to speak with such confidence about a private family’s internal matters. Secondly, we don’t see protests against the siblings of money embezzlers or launderers, whose victims suffer enormous damage.

There are no rules that the brother of a criminal should not get an aliyah until he guarantees that his brother remediates the damage of his crime. Why should it be different here?
Others make the argument that Meir Kin, is in fact, the one who is committing the egregious action, that it’s cruel not to give a get. But is that really how society should work — an eye for an eye? That wholly un-Jewish outlook would lead a functioning society off a cliff. Keep in mind the maxim of Lo sikom v’lo sitor — do not take revenge or bear a grudge. It is not a Jewish value to treat others exactly how they treat us.

In addition to the insensitivity aspect, there is the issue of defamation.

Did each of the rabbanim and others at the protest independently verify the facts of the case and come to the conclusion that this is what Judaism requires? Or did they just follow the crowd?
It is not my place to judge others, and nor am

I saying that I am 100 percent within the right, but I do know this: Every single person at that protest will have to answer for themselves one day — without the help of the mob — in front of the heavenly court, during their own week of shiva. They will have to justify every act they have done. Are they all that confident that the protest was the right thing to do? It is certainly not worth the risk to take the chance.

Eliyahu Kin, Meir Kin’s brother, said in an interview with the Boiling Point that the most important lesson he wants people to learn from this situation is to pursue shalom — peace — at all costs. He said that situations between a husband and wife should be dealt with “silk gloves,” and that it is important to tread carefully and respond with patience, love and understanding. “People have to try harder to unite, not to be apart, not to support machlokes — arguments” he said. “There’s too much of that.” 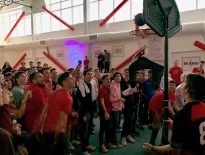 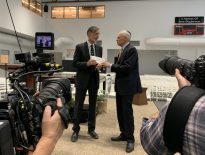