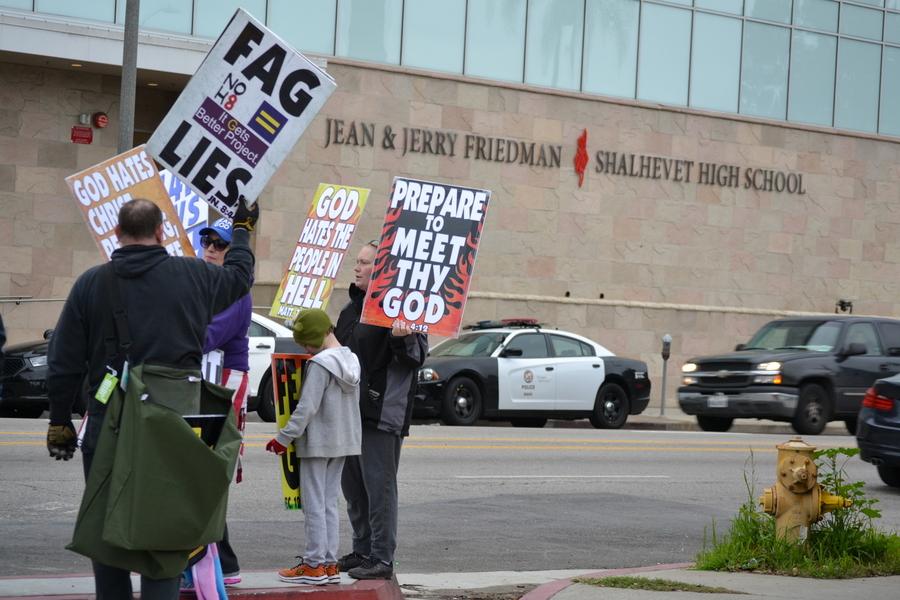 Picketers from the Westboro Baptist Church at Shalhevet Feb. 27.

OPINION: When hate comes to visit

When we were told that the Westboro Baptist Church would protest at Shalhevet Feb. 2, the Boiling Point’s Editorial Board faced a new question: How do we cover hate? And especially, how do we cover hate directed at us?

Initially we considered not publishing any story at all, not wanting to give the protesters unnecessary publicity.   But we soon decided, unanimously, to cover it because we owed it to our readers.  We would not be doing our jobs as journalists if we failed to report on potentially the biggest thing to happen to Shalhevet this year.

Especially since most Shalhevet students had never seen such explicit anti-semitism, reporting on the protest would open a window onto the world outside of our bubble, where anti-semitism is real and where there are people who dislike us merely because of the religion that we practice.

In addition, covering our school’s response to the protest would perhaps help other institutions — Jewish or not — respond to hate.  Shalhevet momentarily brought unity to a scattered Jewish community with varying beliefs by hosting what became a morning of communal davening, learning and chesed — community service.

Nonetheless, we kept in mind our values and decided to make a few compromises.

First, we decided to post our pre-protest coverage on Schoology, rather than on our website. This would inform the readers to whom our obligation is greatest and unique — the Shalhevet community — without giving WBC additional publicity that could increase the number of protestors, or cause a large counter-demonstration that could likewise draw a crowd.

Second, after much debate, we decided not to interview the protesters. We watched them, we photographed them, we video-recorded them.  We let our readers see for themselves what they would have seen if school hadn’t been cancelled and moved to Beth Jacob. We also interviewed people who we had seen speaking to the demonstrators — among them Eitan Arom of the Jewish Journal, and some film students who were there working on a documentary.

This was because a majority of the Editorial Board felt that interviewing the protestors would be a sign of respect, or seen as a legitimization of their beliefs. Hate groups are opportunistic, waiting for a direct response they can use to their advantage.

And we decided not to post our story about the events at Beth Jacob that day on Westboro’s Twitter feed, even though some of us thought that might blunt their message of hate with their own followers.

Hate is not easy. Deciding how to cover WBC was among the most challenging moments we’ve experienced at the Boiling Point. It was challenging to listen and truly consider each other’s views when the options were so few — to cover or not to cover, yes or no.  We learned that were not immune to the divisiveness caused by hate, as we struggled to act as a unified board.

But we also learned that hate increases our obligation to hear one another and act together.  The goal of hate groups is not only to make noise, but to sow division.  At Beth Jacob, on the march back to Shalhevet, and in the basement office of the BP Editorial Board, we can report to you that this time at least, hate did not win.

This story won Fifth Place in the 2017 Story of the Year competition of the National Scholastic Press Association, in the category of  Editorial/Opinion Writing.

OPINION: When hate comes to visit 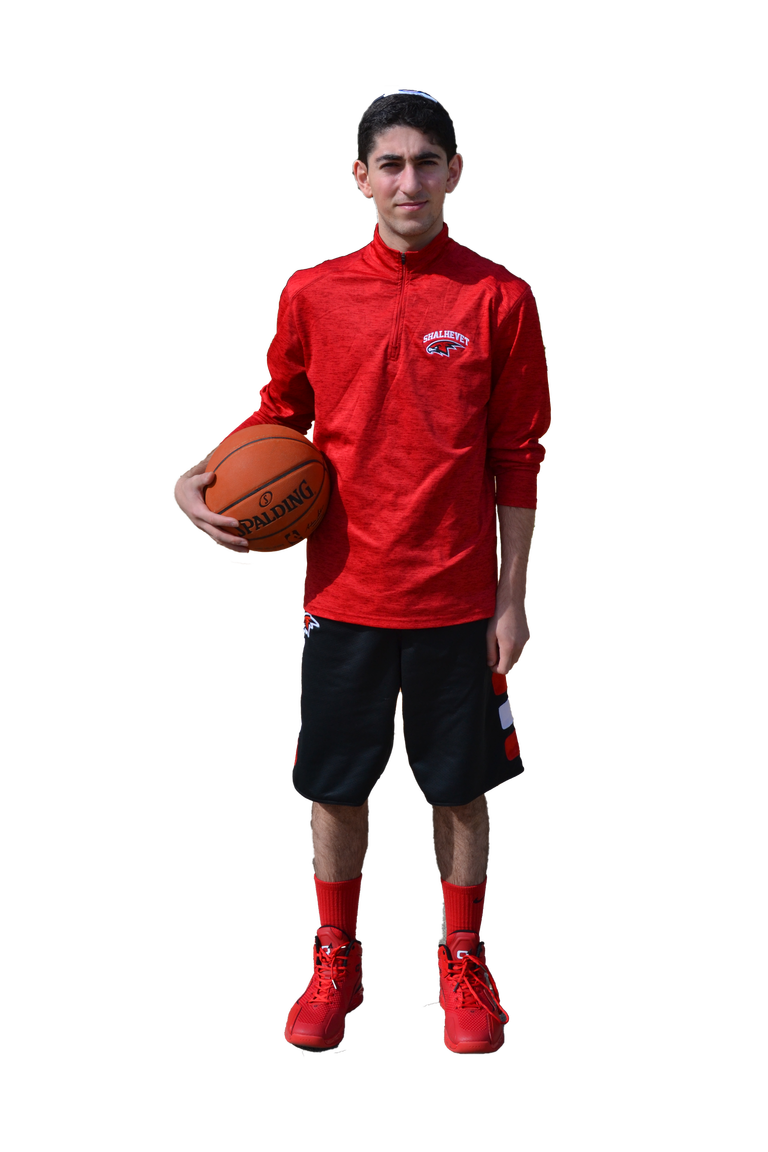 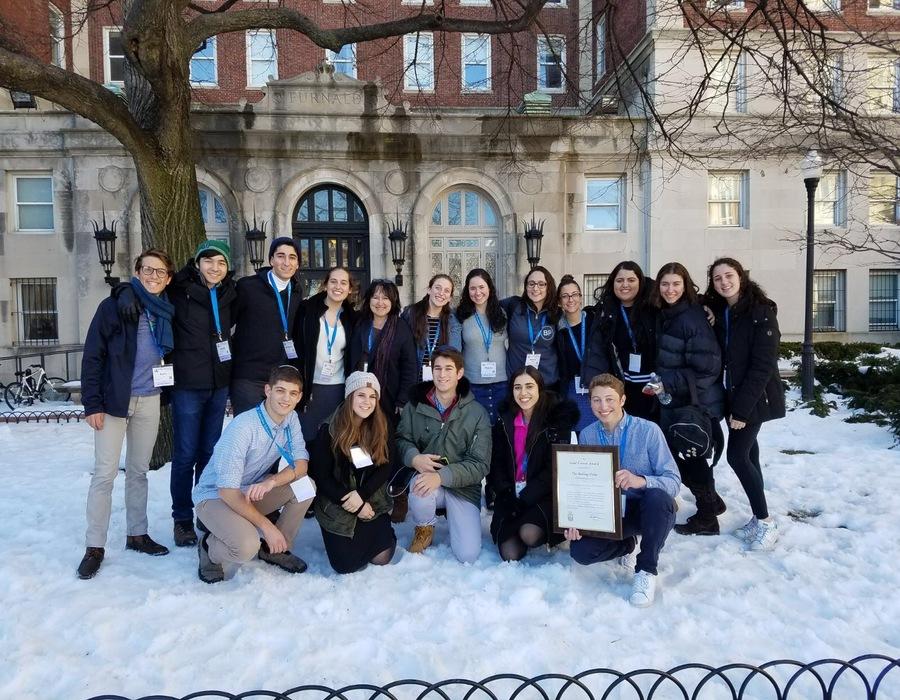