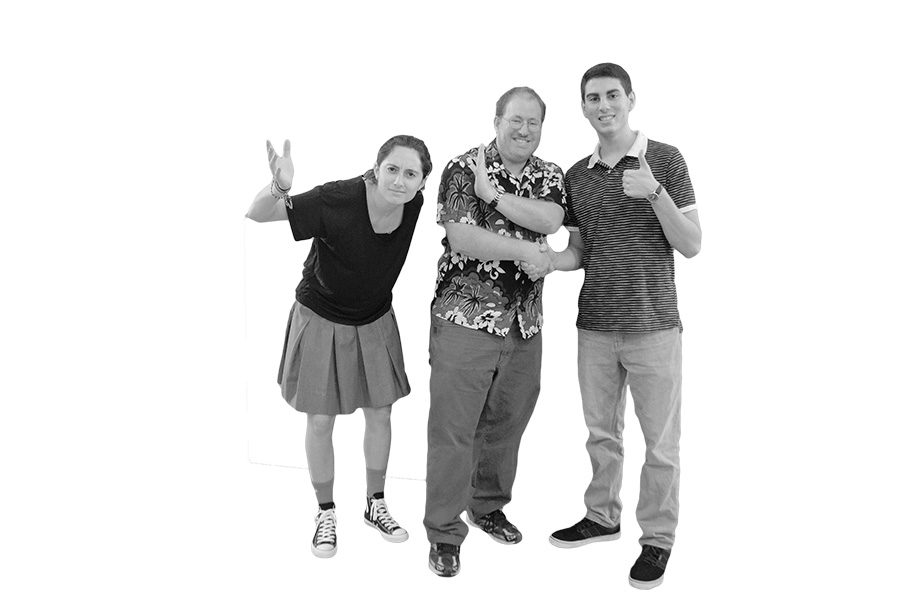 If something’s not broken, why fix it?

“Fair isn’t equal, fair is when everyone gets what they need in order to be successful.” That is a quote I learned from my supervisor this past summer at sleep-away camp. It rings true as much in school as it did with my 12-year-old campers.

The new system of co-curricular “points” at Shalhevet does not treat the student body fairly and does not give each student what he or she needs in order to be successful.

Co-curriculars have been a vital part of a Shalhevet student’s life since its founding. The addition of many more options – along with more advanced courses –has increased the stress and pressure for some students in recent years. But the new point system does not tackle the root of the average student’s problem.

Firstly, if Shalhevet wants to create a system to monitor time spent on activities outside of the classroom, it must be an all-encompassing list. The new point system only includes certain co-curriculars. For example, the Finance Club, Girls Learn International group, Student Activities Committee, Fairness Committee and the Dungeons and Dragons club are all awarded no points – a student could be on all those clubs and receive no points for any of them.

Second, the system does not count any of the outside-of-school activities Shalhevet students are involved in, such as volunteering at Friendship Circle, helping in the kids group at a local shul or working in a community shop. They, too, add to a student’s repertoire of activities and can create problems with time management. Not counting them punishes students who give their all to Shalhevet, while awarding unlimited “points” to those who join club sports or chesed groups.

Third, those school clubs that do receive points are assigned with arbitrary numbers. Choir, which meets twice a week for less than two hours, is given 5 points, while Boys Baseball, which meets three to four times a week including practices and games, is only given 6 points. Also, except for Boiling Point and Drama, the point system fails to count extra time for leadership positions, which do take extra time.

And fourth, even classes are handled unequally. There are no points awarded for the new Judaic class, the Advanced Gemara Shiur (AGS), but CIJE counts for 5 points. Neither class has homework, and both are offered as additions to a full school day.

Still, the bottom line is that students are overworked and overstressed. Now more than ever, both the Judaic and General Studies curricula require intense work and studying. AP classes and honors classes – not considered in the point system at all – require an exorbitant amount of time. While one may argue that something needs to be changed, the current point system is not the answer.

Shalhevet prides itself on providing each student with what he or she needs. We are not a one-size-fits-all school and we do not give each student the same attention. Rabbi Segal constantly says that we deal with problems on a “case-by-case case basis.” If we abide by this philosophy in a formal academic setting, why enforce the exact opposite in the informal arena?

At the end of the day, Shalhevet strives to provide each student with individualized attention and care. No two students learn in the same fashion in the classroom and no two students get involved in the same way outside of the classroom. Academically Shalhevet provides options and co-curricularly we are known for having the most dynamic program imaginable.

If the system is not broken, why try to fix it? It says in Pirkei Avot, “Raise each child b’darko,” according to his way. Let us keep sparking the spirit of Shalhevet in every single student and provide everyone with an opportunity to maximize his or her potential – whatever that may be.

Finally, a system that makes sense

No longer will students be working late into the morning’s early hours to finish their drama script, choir notes, debate speech, and 17 other assignments from classes and co-curricular activities, only to discover later that their grades are falling and they’re now held back from participating just as they’re reaching performance, game or team travel time. Mr. Buckley’s new paradigm solves these problems in advance.

Past systems waited to restrict students’ activities until they had a C or lower in at least one class, or were involved in too many activities from one department (e.g., sports teams with overlapping game or practice schedules). The new system assigns the most points to those school-affiliated activities that demand the most time and lets them choose from a menu while staying under a preset limit.

This is extremely simple and effective for students, especially compared to these past methods. For co-curricular teachers, however, the process was complicated – they looked carefully at how much time each activity demands and also on how co-dependent each student’s efforts are in it, because some clubs and sports may meet more than others but require less from each member. The new system clarifies for everyone how much work each activity takes and thus prevents students from overburdening themselves.

The new policy will also increase Shalhevet students’ dedication towards the activities that they do choose. By being limited to a few clubs and sports the school will effectively compel them to perform better than ever. If someone chooses Choir, Boiling Point and AIPAC, for example, he or she will perform better in all three because of the extra attention they can give to each without Drama and Volleyball also weighing down their workload.

In the past, I’ve seen Shalhevet students overwhelmed with their schoolwork compensate by dropping classes or moving down from an honors track to a regular one. They refuse to acknowledge they are overburdened with extra-curriculars, so their teammates must suffer their shoddy work as they submit bills for Model Congress past the due date or fail to show up to a tennis practice because they need to finish test corrections for AP Psych.

The system is also blind towards schoolwork — because classes have always run on an effective system. Ms. Gidanian will let you know that your Algebra II performance is weaker than it should be by warning you of the most obvious consequence: your grade. Co-curricular activities are absolutely “extra,” and aren’t graded. The Advanced Gemara shiur and Honors Judaic Studies track assign extra work but take place during school, while CIJE and Model Congress meet after school and don’t have the same deterrence for submitting poor work as classes have.

Of course there are students who can balance all of their extra-curricular activities along with their demanding schoolwork. For these, the new system offers an appeal process where Mr. Buckley, Mr. Feld, and Ms. Walls will decide if they may assume the responsibilities of more clubs and sports. If a student had no trouble in the past maintaining many activities, then the appeal process will most likely permit them to continue their membership in all of them.

With the implementation of Mr. Buckley’s new policy, far fewer students will find themselves cursing their workload at one in the morning as they balance an essay for an AP class with a revision of their article for the Boiling Point.

Opinion We’ve got that summertime Jew-ness