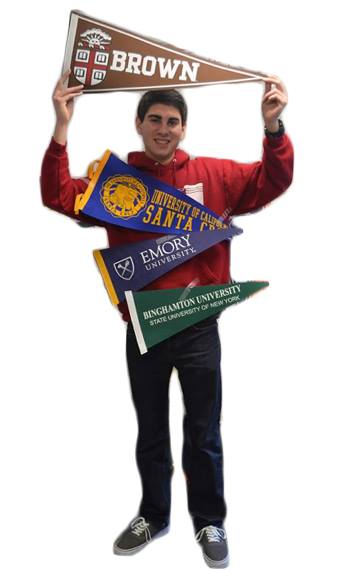 Yes, don’t sink to their level

Johns Hopkins University.  One of the finest universities in America.  After laboring for years to achieve the necessary SAT scores and grades to be legitimately eligible to apply to this prestigious college, a Shalhevet student should feel accomplished.  However, this college is a member of the American Studies Association, or ASA.

As it happens, Johns Hopkins has not renounced the ASA’S newly announced boycott of Israeli scholars and universities.  Therefore, some would discourage this student from applying to the school of his or her dreams.  This situation will be one of many that Shalhevet students will have to experience if they decide to boycott these schools.

The American Studies Association, which calls itself “the nation’s oldest and largest organization focused on the interdisciplinary study of American culture and history,” voted Dec. 4 to boycott Israeli scholars and universities. The association itself has severed its dealings with Israeli schools, professors and organizations, and told its member chapters to curtail joint research and other projects with Israeli institutions and academics.

Some have argued that Shalhevet should mirror this action, combatting the ASA’s action by demotivating its students from applying to schools that belong to the ASA.

In other words, Shalhevet may decide to battle a boycott with a boycott. This would be foolish and imprudent.

Boycotting a boycott puts us on the same level as the dim ASA board members who argued for the boycott. Normally, Israel operates by placing itself on a moral level above its enemies.  We don’t combat our enemies with their own methods.  We are Jews and Americans, not savages and brutes.  We believe in free speech, thought and assembly.

Moreover, a boycott of these schools would undermine our education. Johns Hopkins, and other members of the ASA, have multiple phenomenal departments to learn in.  The American Studies Association isn’t a large faction and there are many within the group who oppose the boycott.  Several retired presidents of the association have written letters to the current president condemning his actions.

Frankly, this boycott is not important enough to deter us from applying to these schools.

And finally, not every student who applies to these colleges intends to study American culture and history.  If they plan on learning a science or math they may not even cross paths with the American Studies Association.  We shouldn’t hinder our scholastic experience by challenging a small group.

Factions supporting a Shalhevet boycott argue that we have a responsibility to boycott these colleges.  They reason that these institutions have lost the right to our support and that schools who support Israel are the ones have earned our applications — not to mention our tuition dollars and credit for the accomplishments we will make as their alumni.

But by ignoring boycotts like this, we delegitimize them.  By recognizing them, we fuel their argument because we provide publicity and force people and departments to take sides.  If we respond to these boycotts, then pro-boycotters will continue to attempt to demonize us and the conflict will turn from volatile to downright toxic.  By dismissing them, we argue that their points are baseless and weak.

The American Studies Association is already under plenty of pressure from intellectual leaders and colleges. This issue will repair itself without Shalhevet dictating where its students should and shouldn’t apply, or Shalhevet students changing their academic goals.

A Zionistic, pro-Israel, pro-free speech, and anti-boycott student interested in Johns Hopkins should absolutely apply.  By being the most stellar student there and dispelling negative myths about Jews, she or he can deal a heavy blow to the boycott while simultaneously studying, learning, and contributing in the college of his or her dreams.

No, they don’t deserve us 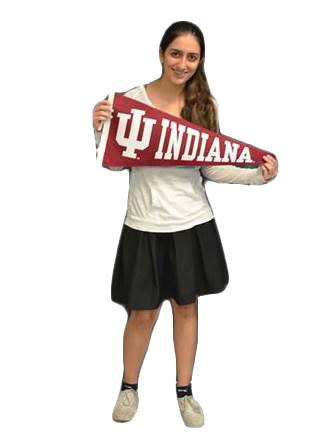 With only a few months left until the end of the school year, Shalhevet seniors excitingly await the college acceptance letters that will help determine the rest of their lives. But a a recent decision made by the American Studies Association has complicated matters unexpectedly.

On Dec. 4, the ASA unanimously voted to boycott Israeli universities, preventing Israeli scholars from participating in their research, lecturing and other academic pursuits. Five American universities — Brandeis, Penn State Harrisburg, Indiana University, Kenyon College and University of Texas at Austin — soon withdrew from the ASA, and another 157 made official statements opposing the boycott.

The rest of America’s universities have yet to say an opposing word.

Shalhevet students are now faced with a moral dilemma. If accepted, should they turn down the universities that did not speak out against the boycott? Or should they pay no attention to the matter and these universities’ invitations?

There are many reasons our students should avoid these schools. As a purely Zionistic high school, Shalhevet urges their students to love and stand up for  the country of Israel.  Here is a chance. It would be hypocritical for a Shalhevet graduate to attend a university that is allowing one of its departments to boycott Israeli scholars.

In addition, students who attend these colleges may find themselves in a hostile environment. To know that something you feel so passionately about is specifically opposed by a department of your university would be very strange, especially for students who previously attended a school of their own religion.  Even though only one department may be following it, the fact that the university did not speak out is a huge problem.  We know from Jewish history that not speaking out against something causes people to think you agree.

Furthermore, it is important that Shalhevet alumni not give those who oppose Israel the the impression that they don’t care. Rather, we want these schools to realize that intelligent Jewish students whom they have admitted are going elsewhere. That may cause them to reconsider their position. On the other hand, if Jewish students seem indifferent, more universities may be encouraged to join the boycott.

Lastly, although it is strenuous to get into good universities, it is even harder to pay for them. College tuition can cost well over $60,000 per year. It would be unreasonable to attend such an expensive school that is not even in line with one’s core beliefs, and absurd for parents to make such a huge financial investment in an institution that goes against everything they’ve raised their child to believe.

Others may argue that a student should not have to give up a great educational opportunity just because of a certain view of a certain department within a large university. Some believe that if Shalhevet graduate who attends may be able to make a statement and protest against the boycotts on campus. But it’s also possible the student would be intimidated and persuaded to support the boycott and other anti-Israeli activity.

Every senior now must weigh the benefits of a good school against personal and communal values. But a line must also be drawn at how far one is willing to go to make this point.

The 157 schools that have spoken up against the boycott have taken a public stand for Israel despite the fact that they have not withdrawn from the ASA. Both USC and the University of California, which are popular choices for Shalhevet grads, have spoken out against the boycott. This action should be sufficient and these universities should not be boycotted by Shalhevet students.

However, Shalhevet should not endorse students who are willing to attend any university that partakes in the Israeli boycott. Under no circumstances should a student who identifies themselves as a product of Shalhevet and a Zionist become a part of any college that will not even stand up for Israel with a statement.

At the end of the day, it’s the lessons that you learned in school that will stay with you for the rest of your life. Shalhevet has nurtured its graduates with four years of extreme love of Israel.  Perhaps deciding where to go for college is the perfect final exam.

Opinion TWO BOILING POINTS OF VIEW: Should Shalhevet have …