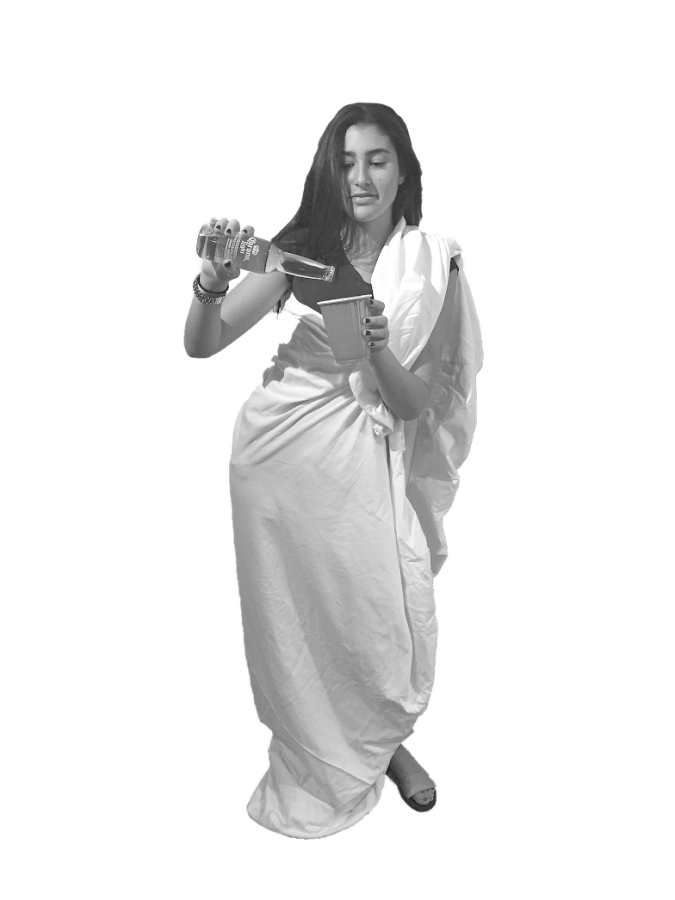 No: A way to unlearn honor and midot 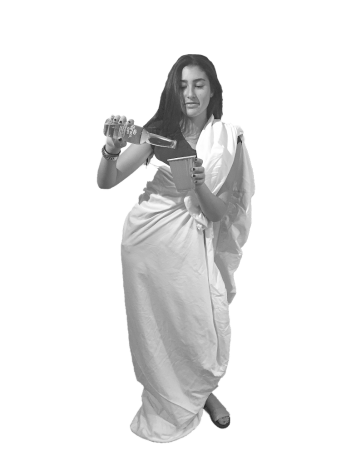 Half of students involved in Greek life report their academics suffer due to excessive partying on school nights. Twenty-one percent of parents believe that their daughters in sororities suffer from poor body image as a result of joining; among those not in sororities, this number is just seven percent. Depending on the study, fraternity brothers apparently cause 70 to 90 percent of gang rapes on college campuses.

The broad illusion that sororities and fraternities guarantee a great college experience is a facade. Girls in sororities have trouble fitting in, and are judged by looks, money, the brand of clothing they wear and how many guys they surround themselves with. Fraternity boys go through brutal abuse just to join, and once they are members, they engage in immoral and promiscuous behavior toward women.

By allowing students to act childishly, four years that should be a crucial transition from the teens to adulthood is delayed at best, and for some, permanently stunted as well.

Shalhevet is a Modern Orthodox school that stresses the importance of religion and faith in daily life. Shalhevet instills passion and curiosity, and it expects students to use these traits in universities and jobs and hopefully to pass them on to the next  generation.  All of this is undermined by the fraternity system that some will join in college.  It is a terrible mistake, and Shalhevet graduates shouldn’t make it.

The statistics keep restating the point, and there are too many to be ignored.  Numerous studies have found that men who join fraternities are three times more likely to rape, and that women in sororities are 74 percent more likely to experience rape. Alcohol abuse in fraternities and sororities is clearly a contributing factor to sexual violation and licentious behavior.

Ashley Marie Rolnik, a senior at Northwestern University, found that women who join sororities as an undergraduate are more likely to judge their body types from an outsider’s perspective, and that they also display higher levels of bulimic attitudes than those who are not part of Greek life.

Female graduates of Shalhevet are in fact joining sororities. Shalhevet stresses the importance of expressing yourself and creating a true identity. All of this can easily be destroyed in situations that cause a person to feel she must fit in at all costs.

So why would a Shalhevet graduate even be interested?  Some argue that the student-run system in Greek life teaches college students how to be a part of organizations, and become leaders while accommodating their sisters or brothers in close quarters. Educators and parents also believe that the relationships students’ form in fraternities and sororities become lifelong ties that help in the business world.

These two things are probably true.  But they are only two pros in a vast bowl of cons.

Membership in fraternities and sororities is in fact a direct contradiction with the education Shalhevet alumni have obtained in our school. Shalhevet creates leaders with a sense of proper midot. Not only do fraternities and sororities create a bad name for college life and students, but the choices that their members make within them taint their honor — sometimes permanently.

At the root, most people attend college to acquire an education and job skills while developing independence and maturity.  Since sororities and fraternities are detracting from these very goals, it seems obvious that they should be banned, and universities should ban them.

But that does not seem likely to happen soon.  That leaves it up to us – to Shalhevet students, when we arrive as freshmen on those campuses we’ve spent so many years striving to reach. We should not join fraternities or sororities – we should not thrust ourselves into an environment that totally disregards these values. We should not do something that could so easily make our four precious years at Shalhevet, even in retrospect, spent  in vain.

Yes: A way to contribute and grow

Maybe because it is impossible to deny that drinking, smoking, partying and fluctuating grades exist within the Greek system? Maybe because fraternities have caused at least one hazing death and hundreds of injuries every year for the past 43 years?

All of that is true.  But what the conversation about Greek Life does not include is a large and important truth: its purpose – the great strength of single-gender communities within larger universities. Greek life has amazing benefits for students, including leadership training and lifelong relationships built on common goals, experiences and ideals. Not to mention the community and global services that the groups provide.

Shalhevet graduates are perfectly positioned both to contribute to and benefit from all this.  Coming from a warm and intense community, they naturally seek an environment where they are guaranteed to feel accepted, where they are comfortable expressing concerns and opinions, and where they can gain advice from peers.  Especially at big universities, they will be thrown into the hundred-foot crashing waves of Econ 101, Intro to Human Psychology, social pressures and independent living – all at once.  A fraternity or sorority makes it easier.

In return for these benefits, Shalhevet grads have much to offer. In a school of 40,000 undergraduate students, they will naturally enhance the cohesiveness of groups of friends and form networks for co-curriculars.  They are experienced study partners, having gone to high school with classmates who live in their neighborhoods, as they will on campus.

And then there is leadership development.  Here are some other statistics:  Fraternity men have made up 85 percent of U.S. Supreme Court justices since 1910, and 63 percent of all cabinet members since 1900. In business, 86 percent of Fortune 5000 executives were once a part of Greek Life, too.  In college they held fraternity positions like Chaplain, Standards Board Member, Communications President,  or Head of Recruitment, and because of the limited number of students in each pledge class within each fraternity or sorority, young men and women sometimes hold multiple jobs. Just like Shalhevet!

It is no coincidence that cohorts of hard-working men and women dedicated to friendship, loyalty, knowledge and successful leadership, have roots in American fraternities.

As for the college years themselves, less publicized than the statistics about hazing, sex and drinking are many more about how fraternities and sororities enhance students’ experience. A Gallup-Purdue survey of 30,000 university graduates showed Greek life involvement correlated with 39 percent higher satisfaction at work and 90 percent more happiness with respondents’ lives. A University of Nebraska case study found students who enter the Greek system are less prone to “feelings of loneliness” – mainly depression and eating disorders. The study also found higher GPA’s and lower dropout rates for fraternity brothers and sorority sisters.

Firehawk alum Ari Feuer ’12, who joined AEPI his freshman year at the UC Berkley, claims it was the best decision of his college career.

“The guys I met my first few days of college helped smooth my transition to a new and challenging environment and continue to provide deep friendships, thoughtful advice, and constant support,” Ari said. “The selective media coverage of carelessness exhibited by some fraternities should not distort the value that the majority of fraternities bring to college campuses.”

Shalhevet is a small school, where there’s an instant yet continual sense of community, along with tons of individual attention so no one falls through the cracks.  College, by comparison, offers an unknown future that can be scary and lonesome. The Greek Life system is a natural fit for Shalhevet grads, who are not only at home in warm communities but are natural community leaders, ingrained with the confidence, respect, morals and ethics to positively influence one’s surroundings.

As Modern Orthodox Jews, we are not to exclude ourselves from the reality of colleges nor be shielded from the contemporary world. We must become a part of the Greek Life institutions, absorb all they have to offer and make an impact on the American future.

Blogs The Year of Living DANGEROUSLY