It is hard to imagine that just a few days before, that same space was being banged at irregular intervals by basketballs hitting the other side of its conjoining wall. This is one of a few challenges facing student actors in the new building – though the product they produced didn’t’ seem to show the effects (see related story, this page).

Alumnus David Lorell ‘15, who filled in for senior Mati Davis at some performances in this year’s fall production, called the new theater “garage-like.” He said the roll-up metal wall between the stage and the gym provides almost no soundproofing.

“The old one was its own tiny little cozy universe of a theater,” said David.

The new theater, however, has eight more seats.  Though they were rented and installed just for the run of the play, they were tiered, comfortable and allowed for great sight lines.  The acoustics in the room were also good. The metal wall at the back of the stage, although a shortcoming during rehearsal, worked as a makeshift acoustic shell which reflected sound to the audience. The wall was hidden with black drapes, which alongside the theater’s black walls, created a centralizing visual effect while also preventing echo.

The multi-purpose positioning of the stage, which is reversible so the gym can also be used as an assembly space, affects Firehawk athletics as well. Athletic Director Eli Schiff said he had to reschedule basketball games when he found out the performance dates. A few practices were cancelled, and others were moved to a different time or location.

“However, I’ve also had to cancel practices and games for various other events  — SATs, Open House, Back To School Night, Shalhevet Institute, rentals,” Mr. Schiff said, adding that Facilities Director Lili Einalhori was helping with the problem. “Lili and I have created a calendar to avoid double-booking the gym.”

This year’s actors had other complaints as well. Senior Eitan Schramm said the off-stage area is too small for all the actors to fit in at once, and David Lorell said the ceiling was too low for good lighting.

Others just still feel attached to the old theater. Junior Ezra Fax felt the old theater was more personal, and created a feeling of ownership among drama students because no one else used it.

Detached from the school building, it also had more space, a deeper stage and velvet curtains, and gave many an impression that they were inside a real theater, even though it was previously “an old, decrepit storage room” according to Ms. Chase.

Ms. Chase said it was still too soon to evaluate the new theater because it was still “in the process of being birthed.”  She said the school plans on adding a lighting grid and installing speakers permanently, which would be very helpful to student productions. “Eventually they hope to install permanent, flexible seating, a lighting booth and other features,” Ms. Chase said.

But despite any defects the theater may have currently, most flaws hopefully will be resolved over time – except perhaps for the basketball problem.  At the end of the day, it is not the stage or the theater that makes a play, but the actors and the writers — two things at Shalhevet Drama that are as strong as ever. 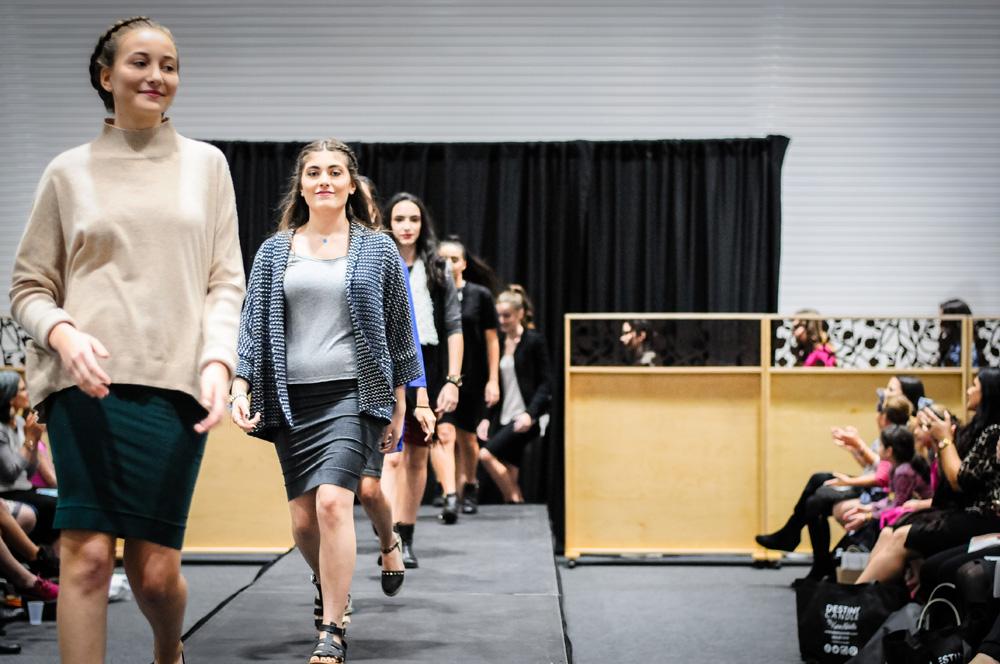 Features Fashion club steps out onto the runway

Features FAVORITISIM: Most students think it exists, but fe…