FAVORITISIM: Most students think it exists, but few think there is anything to be done; staff expresses surprise 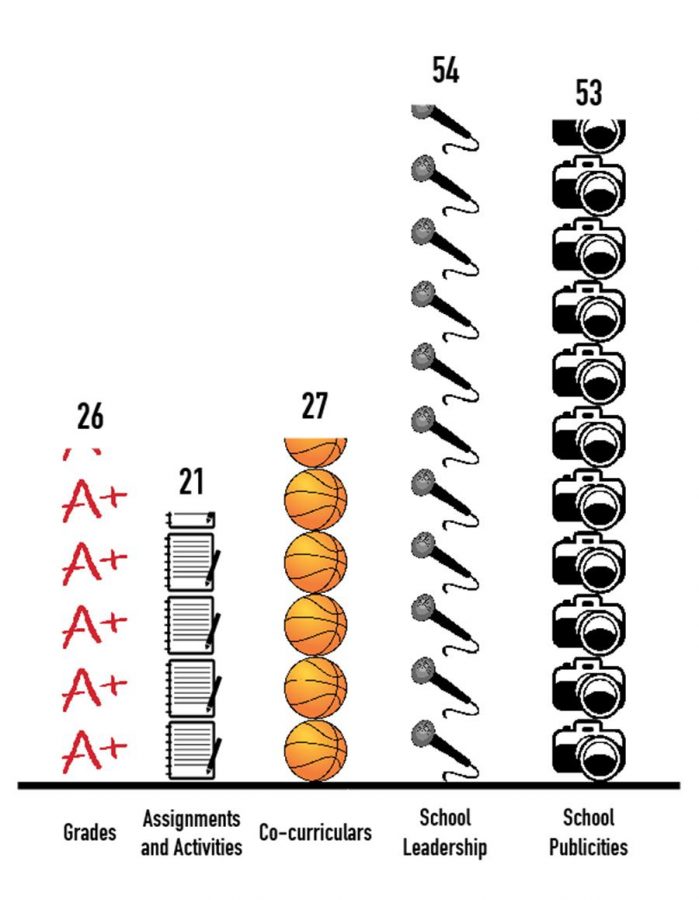 Where do you see favoritism? Source: BP Poll of 97 students, December 2015

Be on the lookout for an abyss at our school. Student-faculty relationships, diverse co-curriculars, and Shalhevet’s emphasis on leadership and publicity, among other factors, have fueled this possible divide. Some think this gap is deceptive and chimeric, while others see it as too deep and important not to be addressed.

In a Boiling Point poll of 96 students last month, favoritism — defined in the poll as “preferential treatment given to one student or group of students over another” – was seen as a problem by 83 percent of students. The rest said that though students see it, it doesn’t actually exist.

Yet at the same time, only 40 percent of those who think it’s a problem said the school actually should do something about it.

“I think that there is favoritism in our school, but I also think it’s naive to think that impartiality is possible,” said junior Bennet Schneier. “Teachers will treat the more likable kids better than the unlikable ones. It’s just inescapable.”

A bit over a page long, the Boiling Point’s poll was distributed at lunchtime on all three floors of the building, and offered space for students to anonymously write examples of favoritism they had experienced or witnessed. Those with strong feelings about the topic were encouraged to contact the Boiling Point and explain.

While unfairness in grades would be considered the most serious form of favoritism, it was not mentioned as frequently in the poll as publicity and school leadership, with co-curriculars coming in third.

Out of the 80 students who said favoritism did exist, 54 said they had seen or experienced favoritism in which students are selected to lead things.

Several cited an incident last May, when school officials invited a group of now-seniors to a private meeting, asking them to convince the grade to postpone prom until after graduation this year. (Prom traditionally takes place late May or early June.)

Students not invited to the meeting complained that the school hand-picked some students to be leaders in a matter that involves the entire grade. Ultimately, the administration apologized.

Nicole Newman was among those who protested. She said the administration responded well and she appreciated their apology.

“My reaction to them pulling away a select few – which I heard from the people that were chosen were called the ‘official unofficial leaders’ of our grade – made me furious,” Nicole said. “They were telling these few kids that they mattered more than the rest of the kids in our grade. Not by elections or anything fair like that but because they saw them as leaders.”

In the end, she and other students interested were included in the talks. However, her feelings were hurt and she considered it an instance of favoritism.

“We other kids were seen as less important,” she said. “We constantly see favoritism in the school. It’s sometimes hard to see the line. In this case there was no running from the truth.”

Principal Reb Noam Weissman acknowledged that it was a mistake. He sent a quick email to six different students who he believed were in leadership positions, and did not realize how that may come across to other students.

Fifty-three out of 80 students polled checked “school publicity” as another example of favoritism at Shalhevet. Students who have been picked to be “student ambassadors” to eighth-grade applicants or this week’s fundraising phone-a-thon are often the same ones featured in the school’s in social media, such as promotional videos or the annual calendar, they alleged.

“I was not allowed to be a student ambassador because I had worn a short skirt, but another [male] student who had a piercing is?!?” wrote one junior.

Others see different treatment of co-curriculars — namely, a difference in budgeting and other kinds of attention directed toward the boys varsity basketball team. Twenty-seven students polled saw favoritism in co-curriculars, and five students specifically listed the basketball team as an example.

The basketball team has a home-court gym in the school and hosts a tournament, and logistics for its March Sarachek trip are taken care of by Athletic Director Eli Schiff. Before it had its own gym, it practiced at Ohr Eliyahu, 1.6 miles away.

By contrast, the soccer team does not travel, and their home field is an hour away in Downey. For half of their practices, they have no goals to practice shooting on.

“We’ve had tons of scoring opportunities against teams on our level this year, but we just haven’t been able to finish those plays, and a lot of that’s because we can’t practice our shooting,” said soccer co-captain Mark Miller. “Our home field also isn’t great for playing on. There’s no grass, only dirt. Every time you run, you kick up a cloud of dust that others breathe in.”

By contrast, flag football teams play at LACES, 1.2 miles from school, and Firehawk baseball and tennis teams both play in nearby Cheviot Hills.

Mr. Schiff said the soccer location was the best option available after school that had lights.

“That was the closest one I can get after hours that was available,” said Mr. Schiff. “AYSO and other local groups use the [local] fields until 9 or 10 at night. We could in theory play at 1or 2, but then we’d miss more school.”

Moreover, Mr. Schiff deals with logistics for all sports that go on trips, such as the Loma Linda Tournament for football and Columbus trip for baseball – not just the basketball team.

One senior complained in the poll that the administration even watches more basketball games than that of any other sport. The Boiling Point could not substantiate that claim.

In the same polls, some students went out of their way to deny that the school favors the basketball team – knowing instinctively, perhaps, that others would allege it. They noted that many people benefit from the gym, including P.E. classes and the girls’ volleyball team.

“One example of non-favoritism is the basketball court,” one sophomore wrote in the poll. “People think it’s because they favor the basketball team but it is also for school wide assemblies and normal people playing. It is also more practical [to have] than other stuff like a soccer field.”

Drama director Ms. Emily Chase does not see a need to compare co-curriculars in such a competitive way.

“Each co-curricular has unique needs,” said Ms. Chase. “Shalhevet kids have a wide range of talents, and it’s in the entire school community’s best interest for all the co-curricular activities to thrive. It’s not a competition.”

Others polled brought up subjectivity in grading and participation points and said teachers are more lenient toward some students than others. Twenty-eight people thought favoritism appeared in grades, and 21 said they’d seen it in classroom activities and assignments.

Some student-teacher relationships would naturally be closer than others. While that by itself would not be considered favoritism, some said it leads to preferential treatment.

Sophomore Rosie Wolkind said there can be a thin line between being close with teachers and being favored. Most relationships, she said, originate when students stay to chat with teachers after class.

“While most people believe that favoritism affects grades, I believe it is more commonly reflected in the classroom dynamic, which has worse effects than grades,” said Rosie.

“A teacher will call on a person more often, or have a back and forth conversation between just them and the student. Reprimand one student for arriving late but just letting someone else get to their seats quietly.”

Teachers’ efforts to combat this impression may not even be successful. AP Psychology teacher Mrs. Tove Sunshine said psychological studies have shown that teachers naturally show preference to some students even if they try to conceal it.

“When adults and teens were shown a video of just a teacher’s face and voice as she interacted with an unseen student, or just listened to a tape of the teacher’s voice for only 10 seconds,” Mrs. Sunshine said in an interview, “they were able, with fair accuracy, to determine whether or not the teacher liked the student.”

“I put my arm around [a certain staff member] and he aggressively told me to take it off,” Josh said. “But I have seen other students do that in the same environment and he put his arm around them back.”

Another senior made a similar observation anonymously in the poll.

“Certain teachers and admin converse with other students,” that senior wrote. “But [when] I try to talk to them, they ignore me.”

When Rabbi Ari Schwarzberg heard that charge, he responded that while faculty needs to be aware if individual students feel this way, it may not be indicative of very much.

“If that’s really a student’s experience here then that’s unfortunate and something our faculty needs to be more aware of,” Rabbi Schwarzberg said.

“However, it’s really difficult to use individual experience to make a sweeping statement about student faculty interaction as a whole.”

Principal Reb Noam Weissman said that dealing with disciplinary consequences as principal, he had never seen an instance when some students were punished for something other students were exonerated for.

“From my perspective, having dealt with students in grades, plagiarism, disciplinary action, I feel as though, from my perception that there is no favoritism,” Reb Weissman said.

“If it’s the case that students really feel that one of those three things are not treated equitably, than I really want to address that, but I haven’t experienced it.”

Reb Weissman also said favoritism was a serious issue a few years ago when the administration was less conscious of it. At that time, he said, “we had younger administrators in terms of years of experience.”

“We were very close and friendly with some students. Those students never had any unfair advantage, but we were much friendlier with those students, and when you see a principal have such a close relationship with that student, you feel there’s something not fair to that.

“We’ve grown as an institution,” he said. “We were made aware of it and changed our disposition and behavior so as not to give that perception.”

In any case, most students polled still do not see favoritism as an issue needing to be solved, either because they do not think there is a solution or because they answered that it does not actually exist.

The poll also asked whether allegations of favoritism should be addressed through the Just Community. For reasons having to do with the layout of the poll papers, not all of those who thought favoritism exists answered that question.

But of those who did, 48 percent said they were in agreement with the statement: “Favoritism is natural and occurs in many institutions. Shalhevet is no different and there is nothing we should do about it.”

FAVORITISIM: Most students think it exists, but few think there is anything to be done; staff expresses surprise 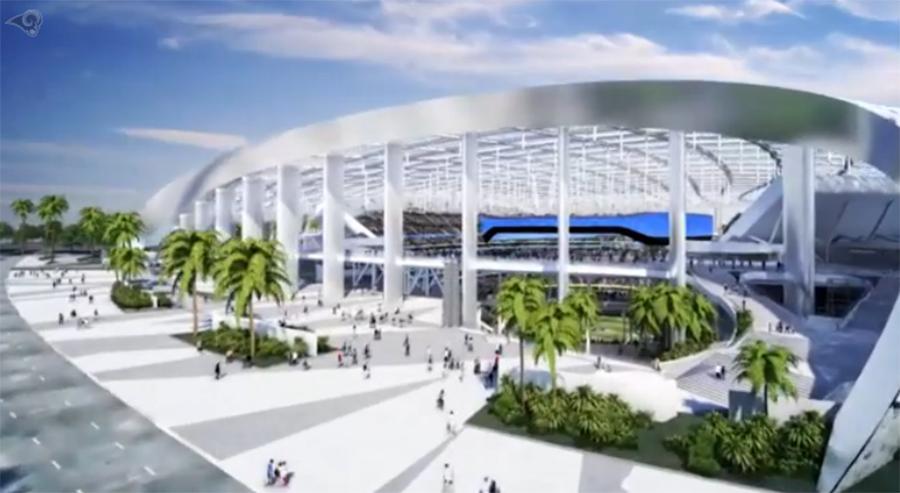 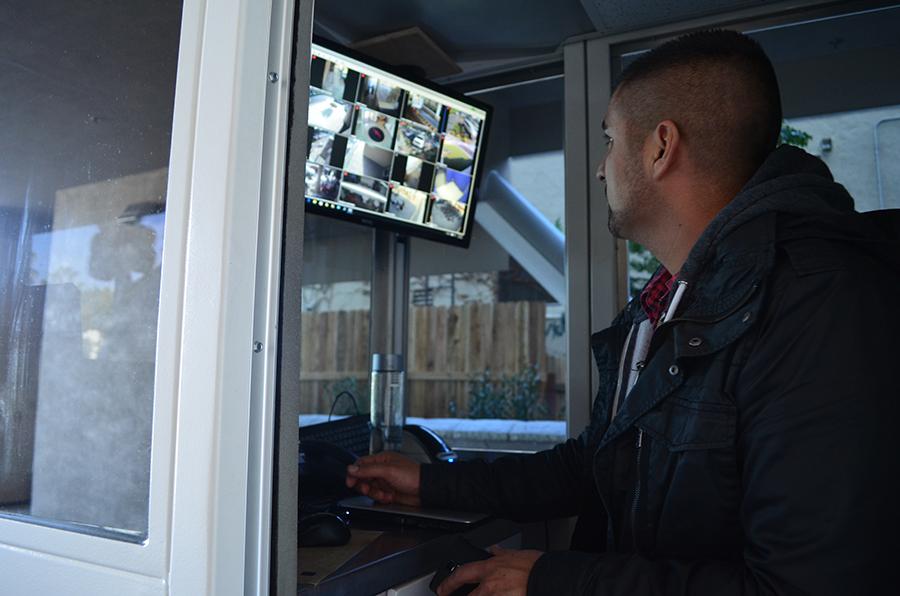