From Stanford University to the SATs, cheating is prevalent in all parts of the country, at all grade levels and at all levels of academic talent.

Fifty-nine percent of American high school students admit to having cheated, according to a 2010 survey by the Josephson Institute Center for Youth Ethics.

And it’s not just failing students who resort to stealing others’ work.  Cheating is also growing in top colleges and universities, where scandals make national news.

In 2012, 125 Harvard students were accused of cheating by working in groups on a take-home final exam, even though they were explicitly told to work alone.  Sixty of these students were expelled.

Just last week, the Los Angeles Times reported on a Stanford scandal in which about 20 percent of the students in a Civil Engineering course were cited for cheating.

In 2011 on Long Island, 20 students from five schools— including two from North Shore Hebrew Academy, a Modern Orthodox high school— paid another person to take the SAT exam for them.

And at Corona del Mar High in Orange County, school officials last year expelled 11 students who had hacked into the district’s computer system to change grades and access exams.

As for everywhere else, just because no one’s been caught doesn’t mean no one is cheating.

“Cheating is everywhere— even at these Ivy League schools,” said Shalhevet junior Daniella Banafsheha. “While I’m a bit surprised that such students would cheat, it goes to show that cheating is now part of our culture. There’s not much we can do to stop it from happening.”

At Shalhevet, 56 percent of students say they have ever cheated on an exam, slightly less than the national average of 59 percent. Most cheated on Schoology, which is new; just 20 percent have cheated on paper tests.

But that’s small comfort to Dr. Jerry Friedman, who founded Shalhevet in 1992 with the specific goal of enhancing students’ moral development.

In an interview, Dr. Friedman was sympathetic – up to a point – toward students and the pressures they face.

“I’m not happy with the amount of cheating, but I understand it,” said Dr. Friedman in an interview.

“We’re dealing with human nature and excessive competition. We established Shalhevet to see if we could mitigate that problem as much as we can.”

In anonymous interviews, students say they cheat because tests aren’t fair, they didn’t study or because it seems harmless.

“When you cheat,” he said, “you might get into a top college, but this one act has actually stopped your peers from getting into that school just because they followed the rules.”

He also rejected technology as an excuse.

“There’s no doubt that technology is making cheating easier,” Dr. Friedman said.  “But the root of the problem is not in the technology, it’s how we’re raising our students.”

Still, technology seems to be playing a role. At Shalhevet, more than twice as many students say they’ve cheated on Schoology exams as on paper.

“With the ease of technology and widespread sharing that is now part of a collaborative culture, students need to recognize and be reminded that it is dishonest to appropriate the work of others.” Provost Etchemendy wrote, according to Stanford’s official website.

And while Shalhevet students had lots of justifications for their own cheating, they were much less tolerant of others’.

“The fact that students can cheat on a standardized College Board exam is pretty awful,” said a sophomore boy. “Some of those students who get into prestigious colleges are the people who may be leading our country or becoming doctors.  Do we really want those people to be cheaters?”

At Harvard, Dr. Friedman wrote his doctoral dissertation about how schools can teach teenagers to be moral.

“We need to work more on saying: how fair is it that when you’re cheating, you’re really stopping someone else from getting that spot [for college]?” he said, adding, “If you’re cheating and it doesn’t bother you, then we really have a problem.” 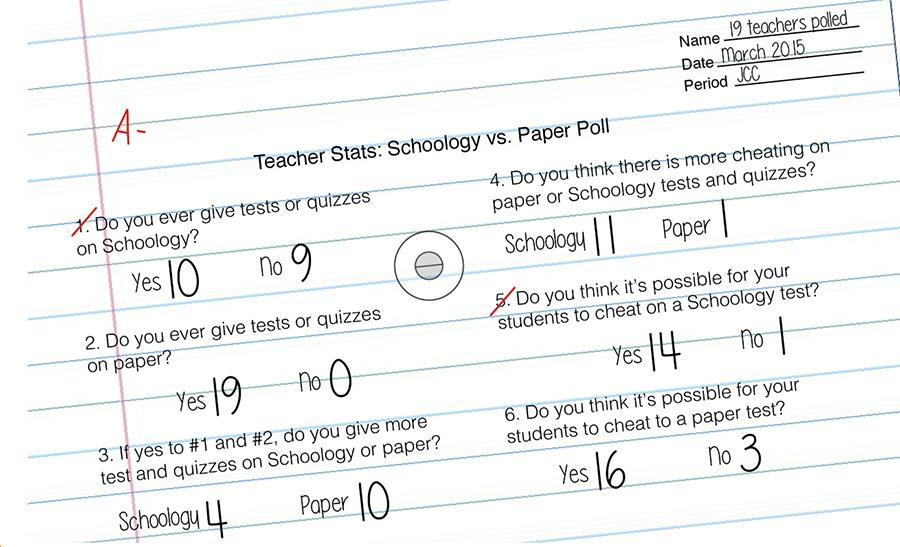 Award-winners CHEATOLOGY: More than twice as many students say t… 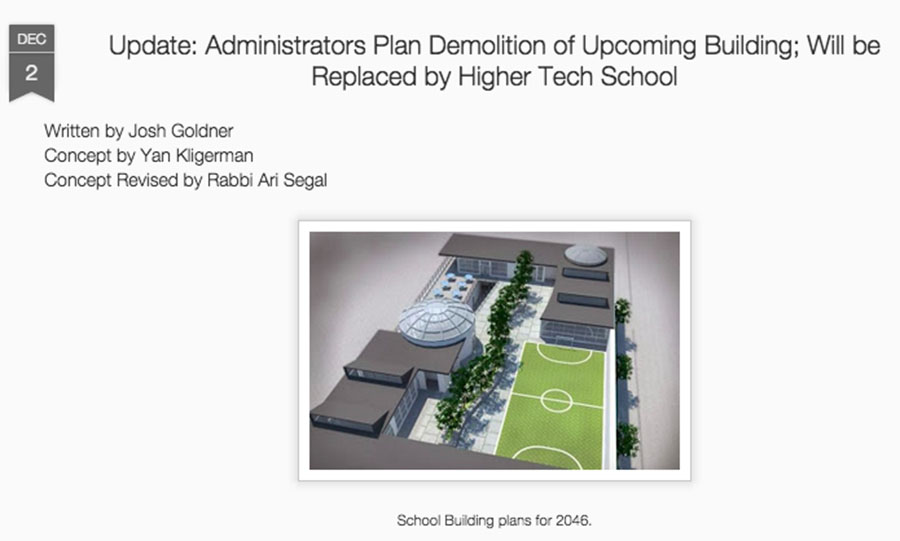 Features Satire finds a home at The Freezing Point