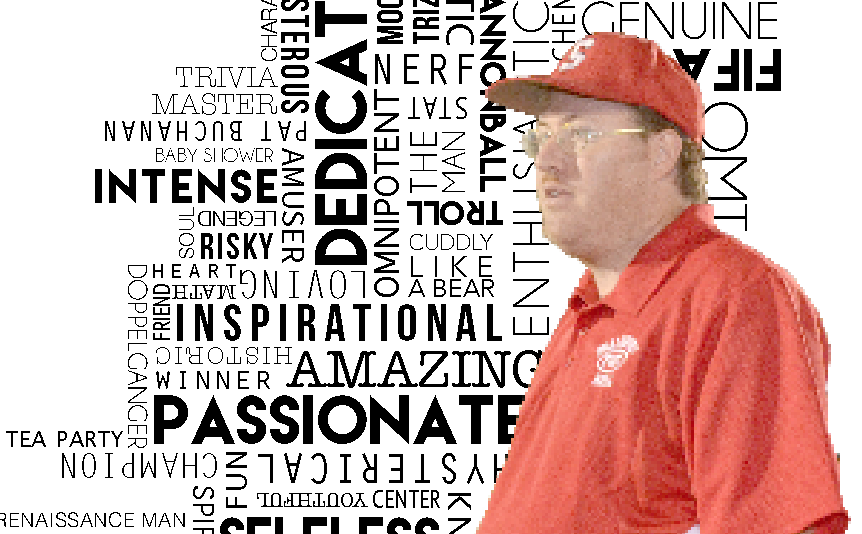 Before he resigned, the Boiling Point had planned a major feature on Mr. Buckley. It became a retrospective, but the story is the same. 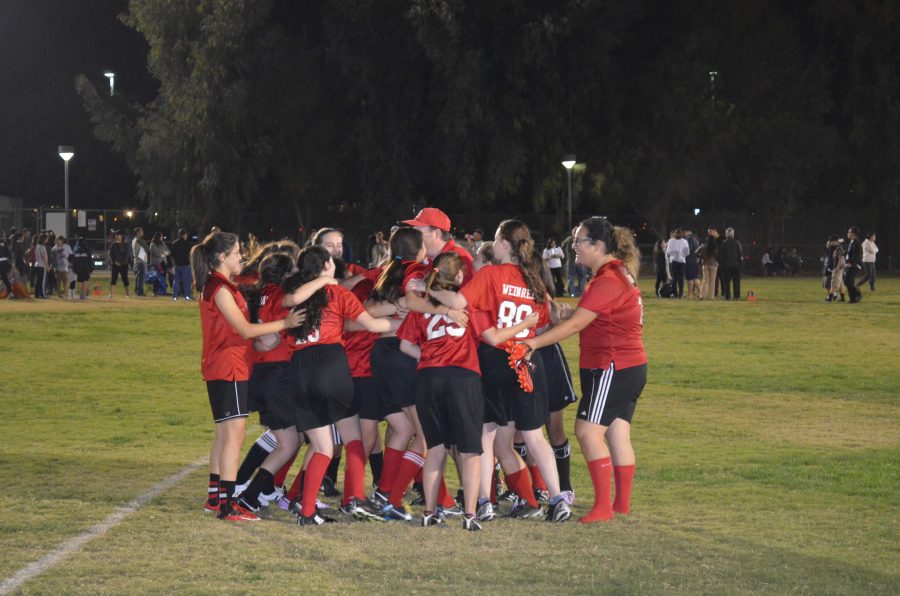 “There is no greater moment in my life than right now,” said Mr. Christopher Buckley, standing amidst a tight grouping of his students one recent evening.  “What you guys did for me and yourselves and the school and for us as a group, I will wake up for the rest of my life with a big fat smile on my face.”

The occasion was the end of the flag football season, when the Firehawks had just captured the Coastal League championship in only their second season, by beating Crossroads 23-19 at Norton Field in Santa Monica Nov. 4. It also happened to be six days after he’d resigned.

Like his passion for Shalhevet flag football, enthusiasm permeated every project Mr. Buckley undertook at Shalhevet – from science or statistics classes to the school schedule, from Town Hall to his memorable fan dances at basketball and volleyball games.

Within minutes of his posting news of his resignation on his Facebook Oct. 29, dozens of former students commented on his post.

I am so sad to hear this. You were truly an important part of my high school experience. You will truly be missed. I wish you nothing but luck in all your future endeavors. Thank you so much for everything!  — Jacob Ellenhorn ‘13.

You were a central part of my high school experience and my education more broadly; few can brag as significant a role as yours in my intellectual development. –Trevor Brandt-Sarif ‘10.

To this day you’re still one of the most inspiring educators I’ve ever had!! You’re gonna keep impacting people no matter where you go and what you continue to do.  — Gal Bushy ’06.

I said it before and I’ll say it again: You were by far one of the best teachers I’ve ever had, and basically the reason I became a scientist. — Tziporah Thompson ‘11, neuroscience researcher at Johns Hopkins University.

Equal parts teacher, mentor and cheerleader, for more than a decade he was close to students of all types and all interests.

“He embodied Shalhevet’s commitment to the personal growth of each student,” said General Studies Principal Mr. Roy Danovich, “and he really took an interest in every kid and made them feel good and developed connections with them that have lasted way beyond graduation,”

Mr. Buckley led the Model Congress team to win a Best Delegation award at the Penn Model Congress in 2010 and two second-place awards at the Princeton Model Congress, in 2009 and 2012.  In just the past six years, the team earned 162 individual awards.

“He took a bunch of [students] that did not know how to debate and made us one of the top teams in the country,” said Model Congress co-captain Avishai Rabin.

“We were one of the schools that took debate a lot more seriously,” said Shalhevet graduate Eitan Miller ‘12. “I think that’s because of him and because of how well he taught us to debate and to be public speakers.”

Only a year after becoming Shalhevet’s principle Mock Trial coach, in 2010 Mr. Buckley led the team to its best showing ever when they made it to the Top Eight in Los Angeles County. It won two awards in the competition for Best Witness in Los Angeles County in 2010 and 2013, respectively, and also received between 50 and 60 honorable mention awards during his tenure.

“He was without a doubt one of the teachers that devoted the most time to every extracurricular that he possibly could, and there is no teacher that could possibly replace him in what he did, just because he did so much,” said sophomore Daniel Soroudi.

“He was a great teacher and a great asset in the extra-curricular area.”  said former Shalhevet principal Dr. Sam Gomberg. “It’s just a shame because Mr. Buckleys don’t come along too often.”

In addition to teaching and coaching, Mr. Buckley was instrumental in developing the block schedule which debuted in the 2012-2013 school year, shortening the average school day by over an hour.

Mr. Buckley was known for being expert in everything from marine biology, which he studied in college, to pro football, history and U.S. politics.  He could often be heard in the hallways arguing with Mrs. Keene over the relative merits of Bill Clinton and Newt Gingrich.

His colleagues said they’d miss his affability and humor.

“I’d say he’s a funny, very smart, at times very insightful guy,” said History teacher Ms. Tove Sunshine. “I felt like he was a good friend, and liked working with him and being around him. We’ll miss him.”

Mr. Buckley told The Boiling Point that coaching flag football had been a highlight of his career. As coach, he called all of the plays and strategized with his players.

“All the kids on the team had a really good relationship with him even off the field which strengthened the power that he had when he told us to do something,” said Firehawk running back, wide receiver and safety Adam Kaufler.

For Mr. Buckley, coaching football was a dream come true.

“My tenure at Shalhevet was already very fulfilling, and the addition of football was like something special that I never could have imagined before,” said Mr. Buckley shortly after he resigned. “I don’t think I was ever happier than being on the field coaching.”

That made the championship win both bittersweet and symbolic of his trajectory — it was a co-curricular he’d started himself, and the season ended mostly undefeated but interrupted.

“He was so passionate about what he did,” said Debate co-captain and flag football player Sigal Spitzer. “His whole heart was in everything he did, which enabled the students to compete and do the best that we possibly could every year.”

When he resigned Oct. 29, it was felt throughout the JCC.

“I broke into tears,” said football team co-captain Mati Hurwitz. “I couldn’t hold anything back.”