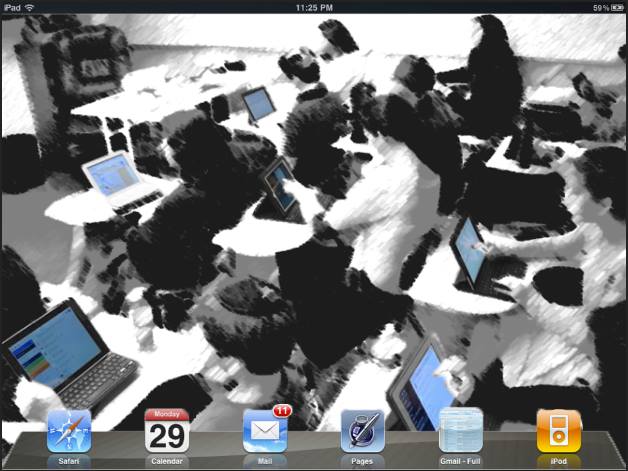 Uniforms have no place in Shalhevet. The one and only Jewish school whose main purpose is to help students form their own identities cannot be one with a uniform dress code. Clothing is one of many ways that students express themselves within our campus, and should be no lesser a canvas than anything else.

As we know, albeit on some days more than others, there is always something a bit more lively and heartwarming about wearing pink jeans, or pajamas under skirts, or flip-flops, or slippers, or a Hawaiian T-shirt. All these small details in our wardrobe add multitudes of color and character to the grounds and to our days.

Switching to uniforms would take this away, and would weaken the now fiery morale of the student body. There are those that argue the point that uniforms would actually improve morale by removing any biases or judgments based on those whose wardrobe reflects an inability to “fit in”, but if kids can be picked on about clothing they wear, those who do so would simply find something else to tease about. Kids are unfortunately very creative when it comes to teasing and judging others by means of hair style, odor, height, weight, maybe even the whiteness of their teeth would soon follow. A uniform won’t stop them.

Some other considerations: why not take into account the fact that parents would now have to pay for a whole new set of clothing for their kids, aside from what they already own? I have read accounts of people who have had to purchase very costly sets of uniforms for their children, which would now go alongside their costs for clothing outside of school. Required clothing can be very pricey, because companies don’t compete; a supplier is chosen and can set whatever price it likes.

It also takes some trouble to keep up with trends and buy new clothes to fit whatever is in season. But neither path is significantly more cost-effective than the other.

Another argument I’ve heard is that uniforms improve work ethic and academic achievement, but I did some research prior to writing this. In 2004, The School Uniform Movement and What It Tells Us About American Education, written by David Brunsma, analyzed two massive databases on the subject, spanning from 1988 to the time of its publication, and concluded that there was no evidence to suggest any academic improvement based on uniform alone.

If Shalhevet is the most promising place for a student looking to become an individual, why would we introduce a system that would gnaw away at one of the most crucial staples in the school’s reputation, namely individuality?  We might as well take away Town Hall, and Agenda Committee, and Fairness Committee, and all the other groups, clubs, and school functions that allow us as students to grow and mold into shining individuals.

The reality is that clothing plays a massive role at any point in your life, whether in a high school setting or in a job interview or a fancy dinner. The first thing people do when they meet someone is look at what their wearing, and that is usually an indicator for a lot of things about that person, including their interests, their favorite color, and maybe even their sense of self-confidence.

Finally, if students adhere to a bland protocol in dress, they will lose the ability to be self-conscious. Self-consciousness is actually a good thing. We want students to be aware of themselves because that way they can improve, adapt and figure out who they are in an environment where they feel safe. It’s not our job as a school to resolve those issues; rather it’s their job as individuals to fail and succeed and try time and again. As Rabbi Segal once said, “We are not afraid to fail,” and he couldn’t be more correct.

Shalhevet is truly not a place for a uniform, and rather should be encouraging students to be more creative with their wardrobes, so as to make stronger and more vibrant people who can take that energy into their futures. The entire basis of life in Shalhevet is to be who you are, and not to be some standardized model — it’s to express yourself by any means. Where better to start than in your closet, and in the mirror, every day.

Community Internet is back — with new filters and prot…
Community Sudden loss of an old friend, Beatrice Levavi