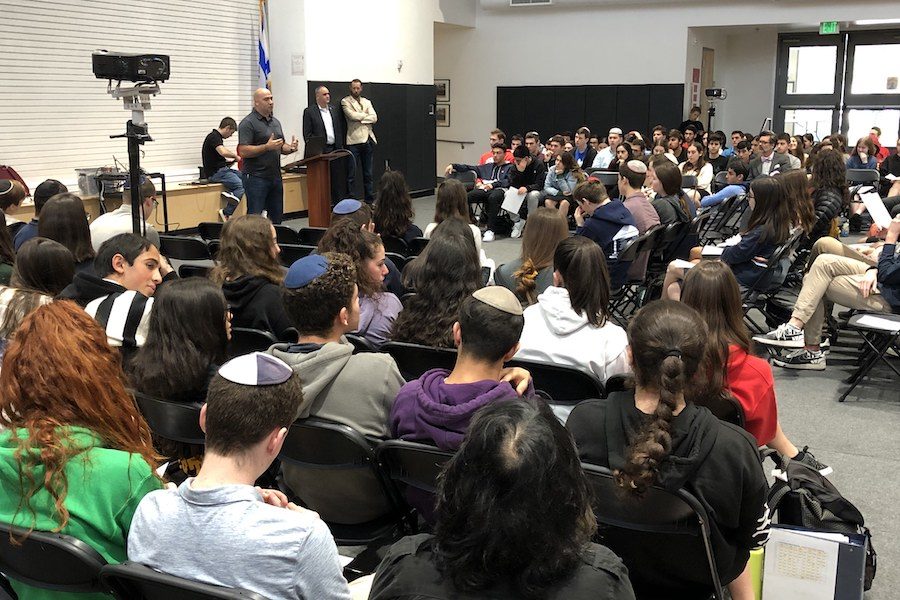 SAFETY: School security leaders spoke during the first half of Town Hall Wednesday in the gym. " />

SAFETY: School security leaders spoke during the first half of Town Hall Wednesday in the gym.

Even though it will overlap with the Shalhevet Blood Drive, a lockdown drill is scheduled some time during the school day tomorrow, officials announced at Town Hall today.

The announcement was made by Mr. Ivan Wolkind, a former LAPD officer and head of the Community Security Initiative at the Los Angeles Jewish Federation, who works closely with the security team at Shalhevet.

Mr. Wolkind said the drill was not being administered in response to a particular event but to give the school some “muscle memory” for a real active shooter situation, and also so the security team could debrief after the drill and make necessary changes to future procedures — even though the school is extremely safe.

“I work with every Jewish school in the city,” said Mr. Wolkind, who is also the father of sophomore Lenny Wolkind.  “I am very comfortable with the security here at Shalhevet.

“This school takes security very seriously– probably more seriously than any other school I work with.”

He said he expects the drill to be nerve-wracking for students, but the it must be being conducted because “it’s the right thing to do.”

“If you do a little math formula,” Mr. Wolkind said, “and you take the probability of anything happening which is minute, multiply it by the outcome if something happened which is beyond catastrophic, then it’s very obvious that we should at least as a community and as a school prepare ourselves so that we know a little bit what to do, god forbid, should anything ever happen”

“This school takes security very seriously– probably more seriously than any other school I work with.”

It is the second lockdown drill in the new building. The first was held earlier this year on March 20, and officials said security improvements had been made since then.

While most students will participate fully in the lockdown drill during class tomorrow, some will be donating blood when it happens. The blood drive is brought to Shalhevet once a year; this year, almost 40 students and faculty have signed up.

Anyone actively involved in giving blood when the drill starts should continue doing so, Mr. Wolkind said, because if the drive is interrupted then all blood collected the whole day will have to be discarded.

But others in the gym should participate in the lockdown.

“Relax, stay where you are, we are not going to count you as part of the drill,” Mr. Wolkind said.

Others in the gym — anyone not actually donating when it happens — should participate in the drill, he said.

“If something would ever God forbid happen, then it’s not necessarily going to happen on our schedule,” Ms. Emerson said in an interview with the Boiling Point.

“Our security team thought it was a great idea.”

At Town Hall, students were also briefed on procedures for the drill and given a handout with detailed instructions. The instructions are available on the Co-curriculars and Athletics page on Schoology. 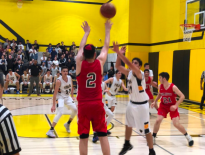 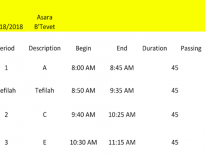