No clapping allowed, but all candidates are heard as election avoids controversy 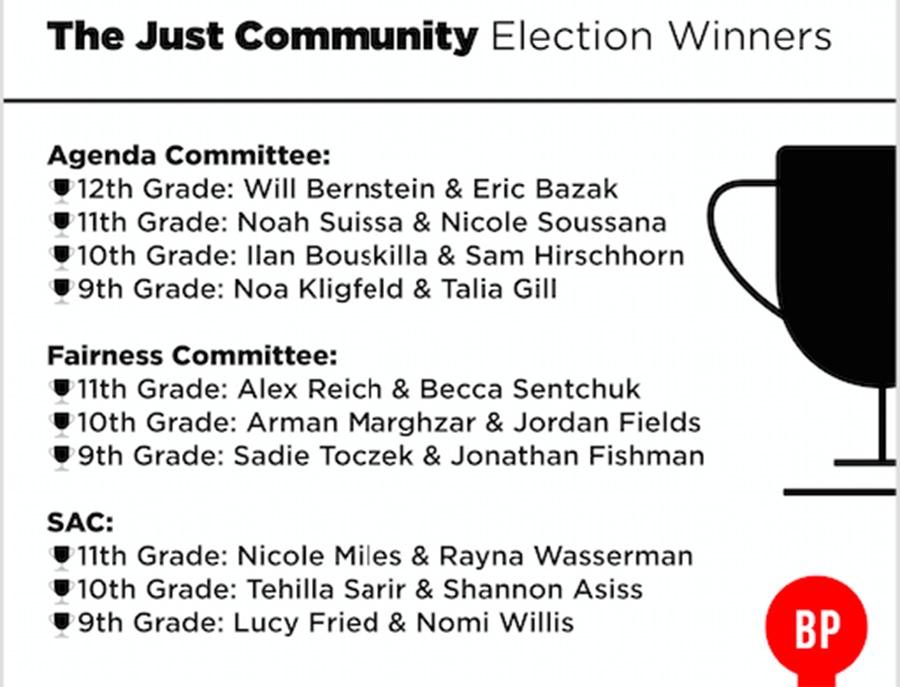 In an election process that was orderly and mostly quiet, students split up by grade during Town Hall Oct. 15 to hear two-minute speeches from their peers on why they were the best candidates for Agenda, Fairness or SAC committee grade-level representatives.

For the first time, students were told to listen quietly and were not permitted to applaud, except for seniors, who were on a retreat and did not receive the instruction.

At school assemblies, administrators preceded the speeches by saying that the elections should not be a popularity contest.

“I hope the candidates and the people voting for them know this is not the debate club,” said Dean of Students Mr. Jason Feld, addressing sophomores in the Beit Midrash. “We are looking for people who can take care of the details.”

Cheering was allowed only for candidates who were running unopposed, so no votes would be affected by how much applause there was. Also, voting was held right when the speeches finished, so there was little time to find out who others were voting for or to campaign.

Freshmen gathered in the gym and juniors in the theater. Seniors were away on a retreat and heard candidate speeches in the Beit Knesset a few days later.

Sophomore Arman Marghzar told his classmates he’d be fearless if elected to the Fairness committee, which works to resolve disputes among students or between students and teachers or administrators.

Junior Noah Suissa urged voters to elect him to Agenda because he’d be a great leader.

Sophomore Sam Hirschhorn said he’d speak for sophomores before the Agenda Committee whether he was elected or not.

“I will write your proposals for you out of good will even if i don’t get elected as a sign of good will,” said Sam.

And Ariella “Ari” Sassover, running for freshman Agenda representative, spiced up her speech with a rhyme.

“I am a very good listener and very approachable,” said Ariella. “You won’t be sorry if you vote for Ari.”

There were many differences from the election last June, when a special Town Hall for candidate speeches wasn’t long enough for everyone to be heard, and students who hadn’t voted were invited to vote later and in some cases voted by phone.

This time, voting took place right after the speeches. Ballots were handed out by General Studies Principal Mr. Daniel Weslow, Dean of Students Mr. Jason Feld, and Rabbi Ari Schwarzberg in the rooms where the speeches were made.

In previous elections, ballots have been handed out by Agenda and Fairness representatives and voting has taken place at lunch.

In most of the sessions the tone was quiet and serious.

In the Beit Midrash, Ilan Bouskila spoke about how Town Hall can get tedious and said he would help sophomores make propositions. He and Sam Hirschhorn defeated Aviva Katz, Rami Gruman and Benny Zaghi.

Running for Fairness, Jordan Fields said students should not be afraid to bring cases involving teachers to the committee, saying that teachers would respect them, not resent them, if they did. He and Arman Marghzar were elected, defeating Serena Finn, who had promised to be unbiased and said students should make the rules.

Talia said a representative should not only speak at every Town Hall, but listen to what others have to say as well.

“I’m also going to represent those of you who aren’t quite as eager to share your opinions.” Talia said.

Noa Kligfeld said it was important for grade-level reps to represent different kinds of students.

“In order to create a kind of community where everyone feels at home, what we really need is a mixture of two voices,” said Noa in her speech. “The loud and the quiet.”

Ayala was the first to speak when the ninth-grade assembly began, and said she would give a quarter towards the Better Breakfast Fund “for every corny joke I make that no one laughs at.”

The 11th-grade Agenda election saw Nicole Soussana and Noah Suissa defeat Maya Golan and Maayan Waldman. Nicole said she was dedicated and organized and would do things to the best of her ability.

The 12th grade gathered on the morning of Oct. 19, in the Beit Knesset. Not all seniors could make it due to meetings and those who didn’t took a few minutes to vote the next day.

One winning candidate was Will Bernstein, who made a strong showing in last spring’s run for Agenda Chair but lost to Micah Gill. This time, he won.

“I’m sure you’re all familiar with how important the Just Community is to me,” Will said before the voting. He spoke about a step by step process that should be followed to make sure a proposal is done within a certain period of time.

The other winner was Eric Bazak, who said grade-level representatives should take a bigger role on the Agenda Committee.

“I think that the reps should actually start bearing more responsibility,” said Eric.

Will and Eric defeated Mati Davis – who had endorsed Will Bernstein, urging voters to vote for Will and him – and Noah Rothman.

“If you’re gonna vote for me, vote for Will,” said Mati, praising Will’s passion for Agenda matters.

An election committee convened by Mr. Feld counted votes at lunch on Oct. 20 and Agenda Chair Micah Gill announced the results on Schoology at 9:30pm that night.