Debate vs. New Jew may foreshadow a Jewish league 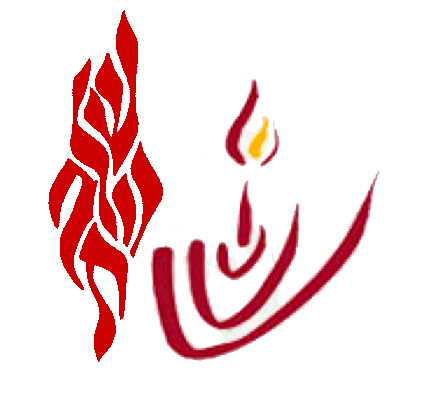 Four of Shalhevet’s champion debaters faced tough local competition on March 24 from New Community Jewish High School in an event that may become a model for an all-Jewish debate league in Los Angeles.

In a split decision, junior Jenny Newman and senior Trevor Brandt-Sarif won a debate about vigilantism against New Jew’s Danny Hirsch and Ken Schneider, while New Jew’s Adam Askenaizer and Harrison Tensoff defeated Shalhevet’s David Soroudi and Justin Brandt-Sarif in a discussion of competition versus cooperation. The debate was held “Lincoln-Douglas style,” named after the 1858 debates between Abraham Lincoln and his rival Stephen A. Douglas. Such debates tackle ethical and philosophical issues, as opposed to “legislative style” debates which are centered around making and passing bills or resolutions.

“We hope that this is a first of many debates,” said Mr. Christopher Buckley, Shalhevet’s debate coach, closing off the event which was hosted by Shalhevet in the Beit Midrash. “This is hopefully the beginning of what would be a Jewish debate league, a wonderful thing for years to come.”

Though they didn’t entirely win, Shalhevet’s debaters said the event was a great learning experience because it was a different kind of debate than Shalhevet competes in at Model Congress and U.N. events, which team members said threw them off. Shalhevet usually debates more specific topics, but here the topics were broader:  vigilantism — the act of taking the law into one’s own hand — along with the relative merits of competition versus cooperation, unspecified as to in what.

Also hurting Shalhevet was the fact that they had to replace half of the debaters the day before the event.  Seniors Josh Feder and Gumbi Kalfa backed out at the last minute to participate in Senior Ditch Day.

“As the senior class president I felt torn because we had a senior event planned for the same day,” Josh Feder told The Boiling Point. “Ultimately because of the small and rare amount of senior events throughout the year, I thought that was the right thing to choose. More importantly, I felt that Justin Brandt-Sarif and many other debaters were just as much if not more prepared for this event.”

“They were a very skilled team,” Trevor said later. “It was a pleasure to compete against them, and I hope Shalhevet participates in these types of debates in the future.”

New Jew seeme d to have the same reaction.

“Shalhevet exceeded my expectations and we were really impressed because we knew the structure better and how to prepare,” New Jew junior Danny Hirsch,who initiated the debate, told The Boiling Point. New Jew’s year-old debate team is laying the groundwork for a Lincoln-Douglas style Jewish High School debate league., and has already competed against Milkin Community High School and Valley Torah (will double check in my notebook at school tomorrow).

Aside from comfort with the debating style, the most noticeable difference between the two teams was the division of labor: New Jew debaters split who gave the opening speech and who dealt with the cross-examination and rebuttals while Shalhevet’s debaters stood side-by-side whenever they spoke, the speaking flowing from one debater to the other.

“It was sort of amusing to see that while Shalhevet took a more ‘shared’ approach to the debate, with each speaker switching off, New Jew decided to limit their speaking time to one and only speaker,” said freshman debater Rose Bern, who watched the debate. “Personally, I found it more symphonic than what New Jew did.”

Both teams started their opening speeches on vigilantism by providing their own definitions. Danny Hirsch insisted every time he spoke that because they were different and New Jew spoke first, Shalhevet needed to prove theirs superior. But the judges decided that Shalhevet did not need to prove this, setting up a wave of giggles from the crowd.

New Jew said vigilantism is justified when a government is no longer legitimate because if it does not keep its part of the “social contract,” citizens are not obliged to follow its rules.

Shalhevet’s argument focused on how vigilantes usually violate the rights of the guilty person, and how citizens can lawfully take justice into their own hands in the United States so vigilantism isn’t needed.

“While we did a better job than our opposing team in constructing a consistent argument, we have a lot to learn from them regarding formal Lincoln-Douglas structure and research,” Trevor said.

David Soroudi and Justin Brandt-Sarif started the debate on competition versus cooperation by stating that people need proper motivation to produce quality work. They focused on economics, limiting their debate while Adam Askenaizer and Harrison Tensoff provided examples in biology, technological advance, and economics.

Then, New Jew made the game-changing point that they could argue that the combination of cooperation and competition is important, which left Shalhevet having to prove that competition is the driving factor behind success, without needing cooperation.

The contest was judged by Mr. Buckley, New Jew’s debate coach, and another impartial judge. Before announcing the winners, Mr. Buckley gave a “shout-out” to all the teams for the quality of debate. He then explained the judges’ reasoning for their choices, giving compliments and advice.

Both schools plan on a rematch next year, though no date has been set.